WASHINGTON (CNS) — Schools and a Catholic parish in New Jersey expressed pain but also offered prayers following the killing of 20-year-old Daniel Anderl, son of a federal judge, who was a student at The Catholic University of America in Washington.

He was fatally shot in the heart when a gunman entered the family home in North Brunswick Township, New Jersey, July 19.

Mark Anderl, the husband of District Judge Esther Salas of U.S. District Court for the District of New Jersey and Daniel’s father, also was shot during the attack but is in stable condition.

The New York Times reported July 20 that federal authorities are looking at lawyer Roy Den Hollander as the suspected shooter. Den Hollander, who has described himself as “anti-feminist,” was found dead near Liberty, New York, a day after the shooting and authorities believed he killed himself, news outlets reported. He had argued a case before the judge.

The family is said to be part of St. Augustine of Canterbury Parish in Kendall Park, New Jersey, in the Metuchen Diocese, and Daniel Anderl attended the parish school there.

“It is with a heavy heart, and with much sadness that we regret to inform you that Danny Anderl, class of 2014, went home to be with the Lord yesterday,” St. Augustine of Canterbury School said in a July 20 post on Facebook with a graduation photo of Daniel as a child.

“Danny attended St. A’s from the First Grade, and he and his family were parishioners, as well,” the post said. “Please keep Danny, his dad, and his mom, Judge Salas, in all of your thoughts and prayers at this sorrowful time. May Danny rest in peace in the loving arms of our Lord, for all of eternity. We will miss you Danny; Heaven’s newest Angel.”

The Diocese of Metuchen also expressed sorrow over the killing and said Bishop James F. Checchio asked the various Catholic communities to which the family belonged to join in prayer for them. 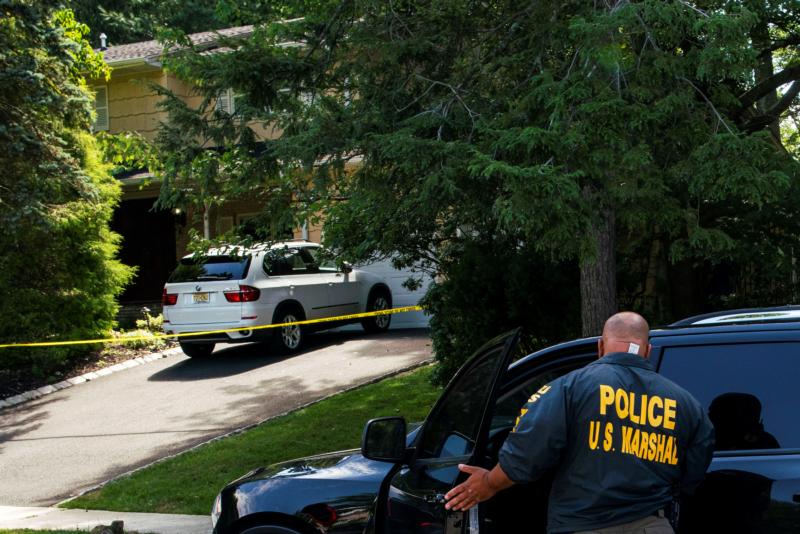 Law enforcement officials in North Brunswick, N.J., are seen outside the home of federal Judge Esther Salas July 20, 2020, where her son was shot and killed and her husband was critically injured. (CNS photo/Eduardo Munoz, Reuters)

“Our hearts are heavy with the tragic loss of Dan Anderl, son of U.S. District Judge Esther Salas and the injury of his father, Mark Anderl,” the diocese said. “Bishop Checchio asks us all to join together in prayer with the parish and school families of St. Augustine of Canterbury, where the family worships and where Dan went to elementary school, and also St. Joseph High School, Metuchen, New Jersey, and The Catholic University of America.

“We pray and mourn for the family and friends of the victims affected by this senseless tragedy. May they feel Christ’s healing presence and find comfort and peace in the Lord.”

Daniel Anderl was set to start his junior year in college in the upcoming weeks, and John Garvey, Catholic University’s president, said in a statement he was “shocked” to hear the “tragic” news of the killing.

“We all mourn and grieve this loss to our university community,” Garvey said, adding that the university’s chaplain, Father Jude DeAngelo, would celebrate Mass July 20 for the family.

Those who knew them told stories of the family’s generosity. A former schoolmate said the family had taken him into their home when his house was damaged during Hurricane Katrina in 2005 and were active members of their church, known for their kindness. A neighbor told The New York Times how the older Anderl brought over supplies to help clean after a snowstorm.

News reports said that a man dressed in a Fed Ex uniform approached the house before opening fire.

Salas, the first Latina to serve as a federal judge in New Jersey, was confirmed as a district judge in 2011, and is overseeing a case involving convicted sex offender Jeffrey Epstein, who killed himself last year while awaiting a trial over the sexual abuse of minors.

Salas, whose court is based in Newark, New Jersey, had been assigned the case brought by the New York State Department of Financial Services, which accused Deutsche Bank of not detecting various suspicious transactions made by Epstein. The judge’s husband is a criminal defense attorney.

Daniel was their only child.

NEXT: Christ statue vandalized at Florida church among latest attacks on statues