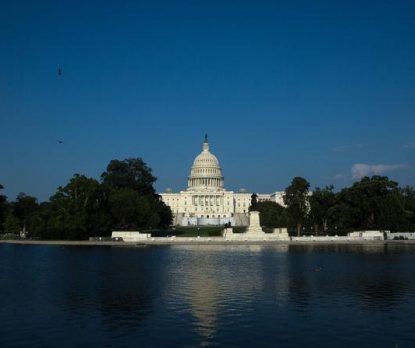 WASHINGTON (CNS) — The Democratic-led House approved the HEROES Act in May. The Republican-led Senate introduced the HEALS Act July 27.

Besides the competing acronyms, the two bills offer competing visions of what it will take to keep the staggering American economy from landing on the canvas during the ongoing coronavirus pandemic.

HEROES stands for Health and Economic Recovery Omnibus Emergency Solutions. HEALS stands for Health, Economic Assistance, Liability and Schools. HEROES is offering a $3 trillion package, while HEALS comes in at about $1 trillion.

Here’s what some of what the HEROES Act does:

— Makes an additional $1,200 payment to all residents; amends the CARES (Coronavirus Aid, Relief, and Economic Security) Act to provide payments for dependents over age 16 and taxpayers with a taxpayer ID number, allowing many immigrants and their families to be included.

— Continues the moratorium on evictions and foreclosures for all properties, gives protections to prevent utility and internet shutoffs, and a $100 billion rental assistance fund.

— And cancels $10,000 in student debt for economically distressed borrowers of both publicly and privately-held loans and suspends the collection on all consumer debt.

There also is help for states, counties, cities and school districts, most of which have balanced-budget mandates, and the U.S. Postal Service. There also is $4 billion for election security measures and expanded mail-voting.

The HEALS Act carries over the $1,200 payment from the CARES Act, but similarities to the HEROES Act pretty much end there. All or parts of eight separate bills make up the bulk of the HEALS Act.

HEALS would allow for distressed companies to apply for a second Paycheck Protection Program loan, and allots $190 billion for that. There’s another $100 billion in long-term, low-cost loans for what the bill calls “seasonal businesses and businesses located in low-income communities,” capped at $10 million per loan. The “L” in HEALS, liability, gives a five-year shield against coronavirus-related lawsuits against businesses.

“The priorities for the GOP bill are really skewed away from the needs of our people,” said Sister Simone Campbell, a Sister of Social Service, who heads the Catholic social justice lobby Network, in a July 29 interview with Catholic News Service.

“They have no increase in SNAP benefits. They gave no money to state and local governments. If we don’t pass something (with such help), it’s going to result in further unemployment. They have nothing to increase the additional funding for Medicaid to the states in the midst of a pandemic. They have a tiny bit to community health centers, but nothing significant,” Sister Campbell said.

“And what they do have is this protection for businesses from the phantom of lawsuits that would totally rewrite tort law. Such an overreach! What they have is a tax deduction is for business lunches when most of the nation can’t even eat indoors at a restaurant these days.”

The U.S. bishops’ Secretariat for Catholic Education had been hoping the HEALS Act would include the School Choice Now Act, which would provide one-time, emergency funding for scholarship-granting organizations in each state, and provides permanent dollar-for-dollar federal tax credits for contributions to scholarship granting organizations.

Jennifer Daniels, associate director for public policy in the secretariat, told CNS July 27 — before the HEALS Act was unveiled — they expected $70 billion to be set aside for education; the figure turned out to be $100 billion. With about 10% of U.S. students going to nonpublic schools, they were hoping for 10% of the funds.

The secretariat sent an action alert to its supporters July 24, as Republicans were still figuring out what to put in the HEALS Act. But the secretariat got half a loaf, if that.

The scholarships appear in the bill, but not the tax credit, Daniels said in a July 28 email to CNS. “And the scholarships are not funded in the appropriations package. Work to be done!” she added.

“The clock is ticking on passage of a package because increased unemployment benefits are scheduled to expire at the end of the month,” said Catholic Charities USA in its July 24 “Washington Weekly” email. The eviction moratorium from the CARES Act, passed in March, expired at midnight that day. So too did the $600 weekly federal unemployment assistance from the CARES Act that was added to whatever state unemployment benefits out-of-work Americans could get.

The HEROES Act continues the $600 weekly stipend through January. The HEALS Act cuts that to roughly $200 a week, saying the larger payout served as a disincentive to returning to work. The United States has been in a recession since February, with unemployment at 11.1%, more than triple February’s rate of 3.5%, and about 30 million collecting jobless benefits.

Catholic Charities USA said it is “calling on Congress to pass measures that support people who are poor and vulnerable, and to provide support for the agencies serving them.”

NEXT: Trump, Congress urged to make ‘access to quality education’ a priority