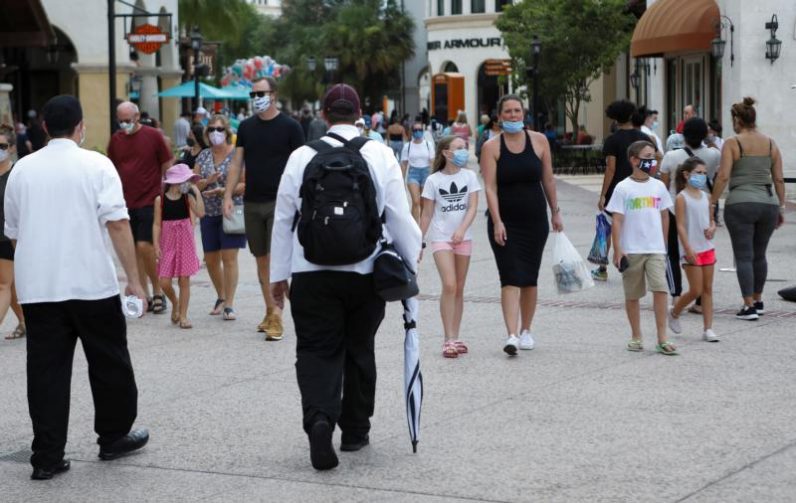 PHOENIX (CNS) — There is no denying the fact “this is a pandemic of historic proportion,” Dr. Anthony Fauci told students at Jesuit-run Georgetown University in a recent online webinar focused on young people’s risks and responsibilities in mitigating the spread of COVID-19.

“I think we cannot deny that fact. It is something that when we look back in history, it will be comparable to what we saw in 1918,” he said, referring to the deadly influenza epidemic that lasted from February 1918 to April 1920 and infected 500 million people around the world.

After the World Health Organization declared COVID-19 a pandemic March 11, a national emergency was declared in the United States, leading to a shutdown of all but what government officials declared to be essential services, like grocery stores. Public celebration of Mass in Catholic churches and services in other houses of worship were among numerous events that had to be canceled for months.

In recent weeks a majority of states have gradually opened up, but the number of confirmed cases of COVID are now spiking around the country.

Fauci said the increases in cases might have a correlation with the reopening of states and the younger culture. 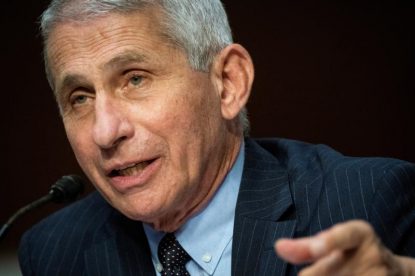 The challenge the country is facing right now is the resurgence of infections in the South and Southwestern parts of the country, Fauci said, adding, “We are seeing record numbers of cases mostly among young individuals, which strongly suggests a link (with) attempting to reopen.”

According to the Johns Hopkins Coronavirus Resource Center, as of midday July 24 there are currently over 4 million positive cases in the U.S. and over 144,000 deaths. The numbers are leading the world in both categories.

Among the states that began reopening in the past few weeks, Arizona, California, Florida and Texas in particular have seen the biggest spikes in confirmed cases of the coronavirus, as Fauci noted.

Among the top 10 counties with the most confirmed cases, Florida and Texas each have two counties in the list: Miami-Dade and Broward counties in Florida, which have been at No. 5 and No. 8 on the list, and Harris (which is home to Houston) and Dallas counties in Texas, at No. 6 and No. 10.

“Our challenge today, tomorrow and the next week is to try to contain these outbreaks and get us back on the track of not only being able to contain but also to open safely,” Fauci added.

Dr. Scott Atlas, a senior fellow at Stanford University’s Hoover Institution, sees no correlation between the reopening of states and the increase in cases, attributing the rise to large public demonstrations taking place since May 25, the day George Floyd died while in police custody.

“By the way, they (the numbers) do not correlate, in a time sense, with the reopening of states,” said Atlas. “If you look at the timing, it is just a misstatement and false narrative. The reality is that it might correlate to the recent massive demonstrations. Suffice it to say that the majority of cases come from younger healthier people.”

In Arizona, for example, 61% of COVID-19 cases are in people under 45, public health officials said. In Texas’ two largest counties, Harris and Dallas, about half of the new cases have been in people under 40.

Fauci, Atlas and others agree that younger people, on average, are less likely to become severely ill and die of the disease, but they can spread it to older, more vulnerable people.

Atlas also said the increase in the number of ICU beds being occupied is not related to increase of positive COVID cases but with reinstallation of medical care for non-COVID patients.

“When you look at Texas, 90-plus percent of ICU beds are occupied, but only 15% are COVID patients,” said Atlas.

Regardless of different perspectives on what’s causing the spike, states have been reinstating restrictions, while also urging the public to continue to adhere to social-distancing and mask-wearing protocol.

For example, California Gov. Gavin Newsom issued a July 13 directive that 30 counties, which account for 80% of the state’s population, must close indoor operations of restaurants, bars, movie theaters, family entertainment centers, museums, fitness centers and places of worship, among other entities.

In keeping with new directives, the Archdiocese of Los Angeles announced July 13 it will discontinue indoor Masses and other liturgical services, effective immediately.

San Francisco Archbishop Salvatore J. Cordileone, like his fellow bishops in the state, is recommending Catholics participate in Mass remotely via livestreaming, receive a “spiritual Communion,” meditate on the Sunday readings and pray the rosary.

In Florida, Gov. Ron DeSantis said his state is “not going back” to widespread shutdowns. He has not issued a statewide mask mandate, but most jurisdictions have called on the public to wear a facial covering when in stores or other public venues.

As of July 11, Texas Gov. Greg Abbott had rolled back some of his reopening plan. The state has a mask order requiring all residents to wear a face covering over the nose and mouth in public.

Besides requirements for face coverings, other directives that have become common place around the country include social distancing, limits on gatherings, hand-sanitizing procedures, and when it comes to houses of worship, best practices for disinfecting pews and other areas of worship spaces, in places where public celebration of the Mass has resumed with limited crowd capacity.

“If a church cannot be sanitized according to the cleaning and disinfection norms, church gatherings may not resume there,” the Diocese of El Paso, Texas, says on its website. “Similarly, if a liturgical celebration or event cannot maintain the social distancing norms, it may not take place.”

One of the most debated issues during the pandemic is whether, when fall comes, schools should open and hold in-classroom lessons, or continue online distance learning, or offer a hybrid of the two.

Fauci said the main goal is to have the children in school, but that goal must be modified in different regions of the United States based on the severity of COVID-19 in those regions.

“As a general principle, we should try as best as possible to keep the children in school for the reasons that the unintended downstream ‘ripple effect’ consequences of keeping the kids out of school and the impact on working families could be profound,” he explained in the webinar.

“However, that is going to vary from where you are in the country and the dynamics of the outbreak are in your particular region,” Fauci added. “Although the fundamental principle is there, the one other guiding principle, (which) is overriding, is the safety and welfare of the children and teachers.”

NEXT: Hunger high on list of battles that aid agency CRS faces amid pandemic