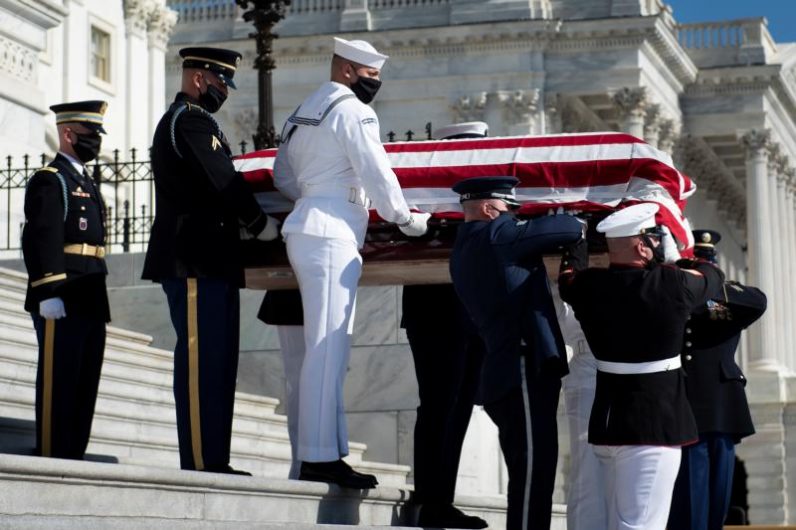 ATLANTA (CNS) — The late Rep. John Lewis, D-Georgia, and another giant of the civil rights movement, the Rev. Cordy Tindell “C.T.” Vivian, who died the same day as Lewis, “changed the course of history for our nation” because of their civil rights work, said Archbishop Gregory J. Hartmayer of Atlanta.

Their work “stands as a testament to what nonviolent protest, fueled by love and a dedication to justice, can do,” he said in a statement released shortly after the July 17 deaths of the congressman and Rev. Vivian.

Lewis died after a six-month battle with advanced pancreatic cancer. He was 80. He represented Georgia’s 5th Congressional District from 1987 until his death. Vivian died from natural causes two weeks before his 96th birthday. Both lived in Atlanta at the time of their deaths.

Both were friends of the Rev. Martin Luther King Jr. and worked alongside him. In their fight against racial injustice, Rev. Vivian and Lewis participated in multiple protests and worked to combat racism in the United States, which included fighting for voting rights.

“Two of the greatest voices in American history were silenced this weekend,” Archbishop Hartmayer said after their deaths. “The loss of Rev. C.T. Vivian and Congressman John Lewis are heavy ones to bear, especially as our nation again grapples with the awful sin of systemic racism.” 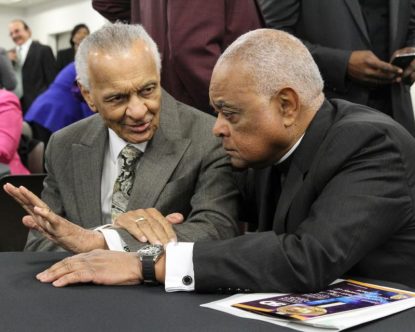 Before returning to his home state, Lewis’ casket was taken by horse-drawn caisson July 26 through several blocks of downtown Selma, Alabama, and then over the Edmund Pettus Bridge, where he helped lead the 1965 march for voting rights. Afterward, his body lay in state in the Alabama Capitol in Montgomery.

In Washington, attendees at an invitation-only ceremony July 27 welcomed Lewis’ body to the Capitol Rotunda, where he lay in state that afternoon until being moved outside to Capitol’s East Front Steps for a public viewing through July 28. Lewis is the first Black lawmaker to lie in state in the Rotunda.

An Alabama native, Lewis participated in numerous sit-ins and protests throughout his life and was well-known for leading the march from Selma to Montgomery March 7, 1965, also known as “Bloody Sunday.” Peaceful protesters were violently attacked by state troopers — a turning point in the civil rights movement.

Lewis’ voting record in Congress includes legislation that supported voting rights and other humanitarian efforts. He was honored in Atlanta by a downtown mural and renaming of Freedom Parkway in 2018. He received numerous honorary degrees and awards during his lifetime, including the Presidential Medal of Freedom in 2011.

In 2005, Lewis was one of the first recipients of “The Mercy Moves Through Me Award” from Mercy Care Atlanta.

The minister also led campaigns against segregation in various states across the South. The Missouri native provided civil rights counsel to five presidents during his lifetime, and he received the Presidential Medal of Freedom in 2013.

In a tweet July 18, Washington Archbishop Wilton D. Gregory, former archbishop of Atlanta, mourned the loss of the two men: “July 17th two Civil Rights champions crossed over to the fullness of God’s kingdom. C.T. Vivian and John Lewis helped our nation realize our calling to be a home for justice for all people. They served our country in many ways — always with valor and hope. May God grant them rest.”

In his remarks, Archbishop Hartmayer said that “we are called to carry on” their work. “The Catholic community mourns their loss and honors their legacy. Join me in prayers of comfort for their family and friends and in prayer for all those who work for justice and peace in our world.”

NEXT: Advocates demand ICE comply with order to release children in detention