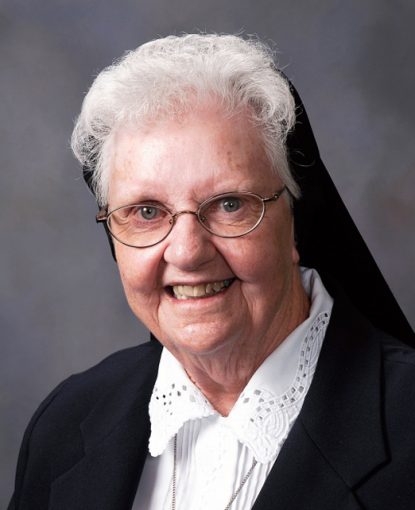 She entered the Sisters, Servants of the Immaculate Heart of Mary in 1949 and received her habit and her religious name, Sister Marie St. James, in 1950. She pronounced first vows on April 13, 1952.

She would go on to earn degrees from Immaculata University and St. Charles Borromeo Seminary.

Blessed with great leadership ability, Sister Marie St. James served from August 2002 through August 2017 in the office of Finance and Development at Our Lady of Angels School until 2014 and at St. Martin of Tours School until 2017.

In August 2017 she went to Camilla Hall where she served until her death.

The funeral Mass and interment were celebrated privately July 15. Father William E. Dean was the celebrant and homilist for the Mass. A memorial Mass will be celebrated at a later date.

Sister Marie St. James is predeceased by her parents and her brothers James (Dorothy), Joseph (Jean) and Harry (Madeline). She is survived by many loving nieces, nephews, grandnieces, grandnephews and her congregation of I.H.M. sisters.

PREVIOUS: Sister Suzanne Snyder, minister to the marginalized, dies at 84