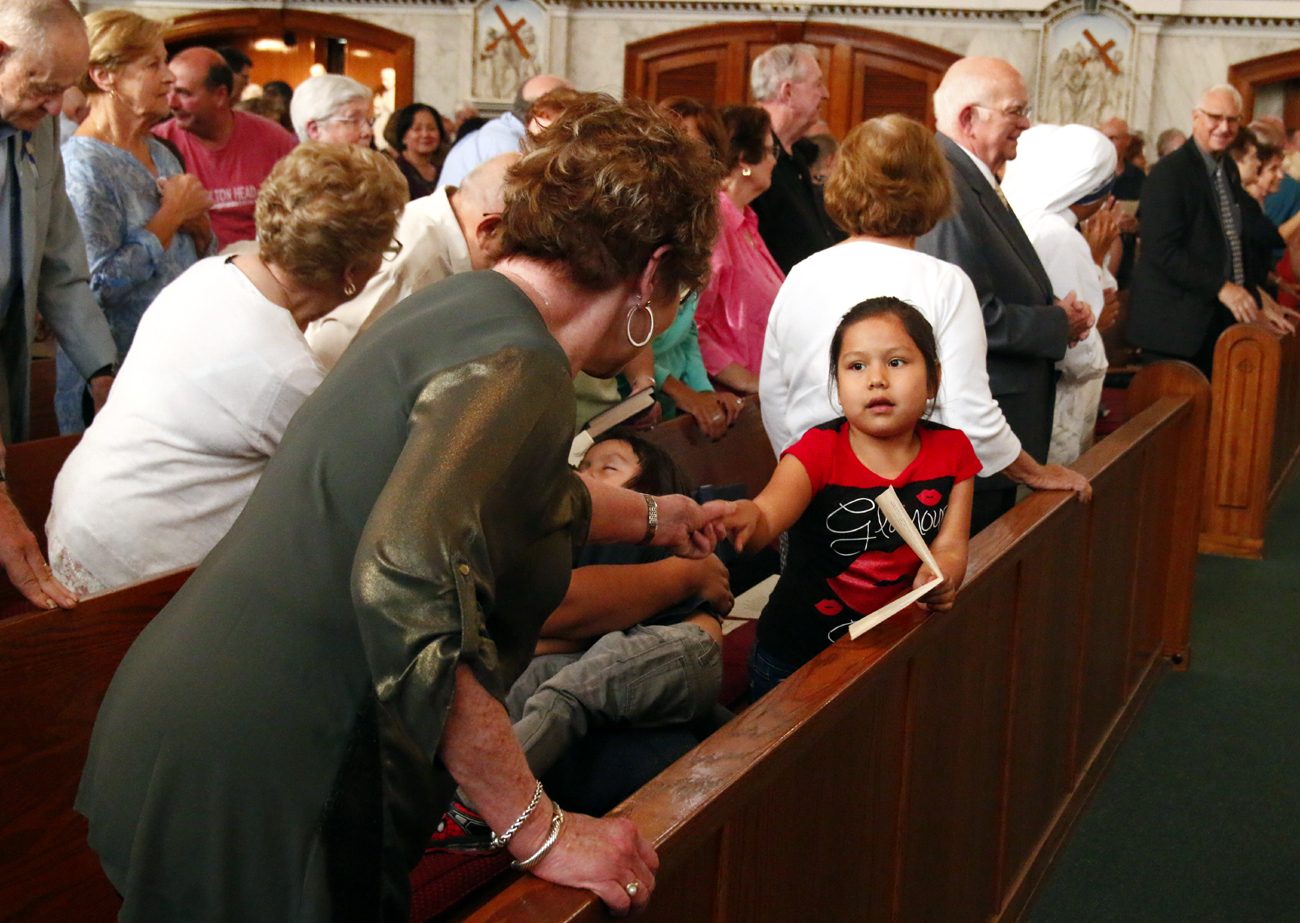 St. Patrick Parish in Norristown is not only the oldest parish in Montgomery County, it is the largest — and still growing.

It was founded in 1835 and was named for St. Patrick because the founding members were Irish straight off the boat.

These days, however, the favorite meal of the more recent arrivals, almost all of whom are immigrants from Mexico, is more likely to be chiles en nogado than corned beef and cabbage.

The ministry to these latest newcomers was begun by Father William Murphy and continues under Father Augustus Puleo.

“Many of the people who come here are not signed up officially in the parish,” Father Puleo said, “but for them a priest is held up high.”

The parish is really a clearing house for many needs of the immigrant congregation. For example if someone needs a job, Father Puleo can often direct them to an employer.

“Someone comes to me and tells me they are looking for four part-time cleaners. I put that out to the community,” he said. “New arrivals especially don’t know where to go and we can help them.”

The annual October Count census gives an idea of the numbers attending Mass, but for most of the year Father Puleo just looks at the collection. “Everyone puts in one dollar,” he said. “If there is $1,200 that’s how I know how many (people attend).”

One gift from the past that does help the parish today is revenue from the parish’s large cemetery. That is not likely to run out of space for 80 years, Father Puleo estimates.

Many parishioners means many children.

He also counts at least 259 baptisms in the most recent year. “The people have five, six, or seven children,” he said. “Our largest group has been 38 baptisms, he said.

Although the children are fluent in English, they still come to the Spanish Mass with their parents. But Father Puleo is aware that the more Americanized they become the less they are apt to be churchgoers.

In the meantime St. Patrick’s fills their needs, observing all of the feasts so dear to the hearts of the people, providing them a space where they can be comfortable in their culture, eating traditional foods and celebrating religious holidays unique to their native culture.

The parishioners return the favor, especially during this pandemic.

Because Father Puleo’s cook is an octogenarian and could not come to the rectory to work, the parishioners have been bringing him good Mexican food. “The people are very good,” he said.

In many ways today’s Mexican immigrants are no different than the Irish immigrant founding members of St. Patrick Parish 185 years ago who also faced and overcame discrimination in this strange new land.

The generations past and present might join in a common refrain: God bless America, Viva Mexico and God bless great and glorious St. Patrick. 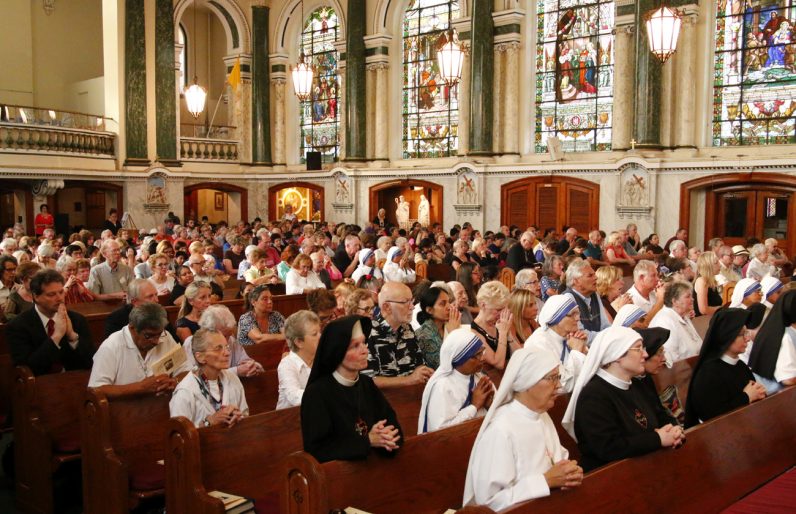 St. Patrick Church, Norristown, is seen during a Mass observing the canonization of St. Teresa of Kolkata in September 2016. (File photo by Sarah Webb)