Hope for peace rises with warming relations between Israel, UAE 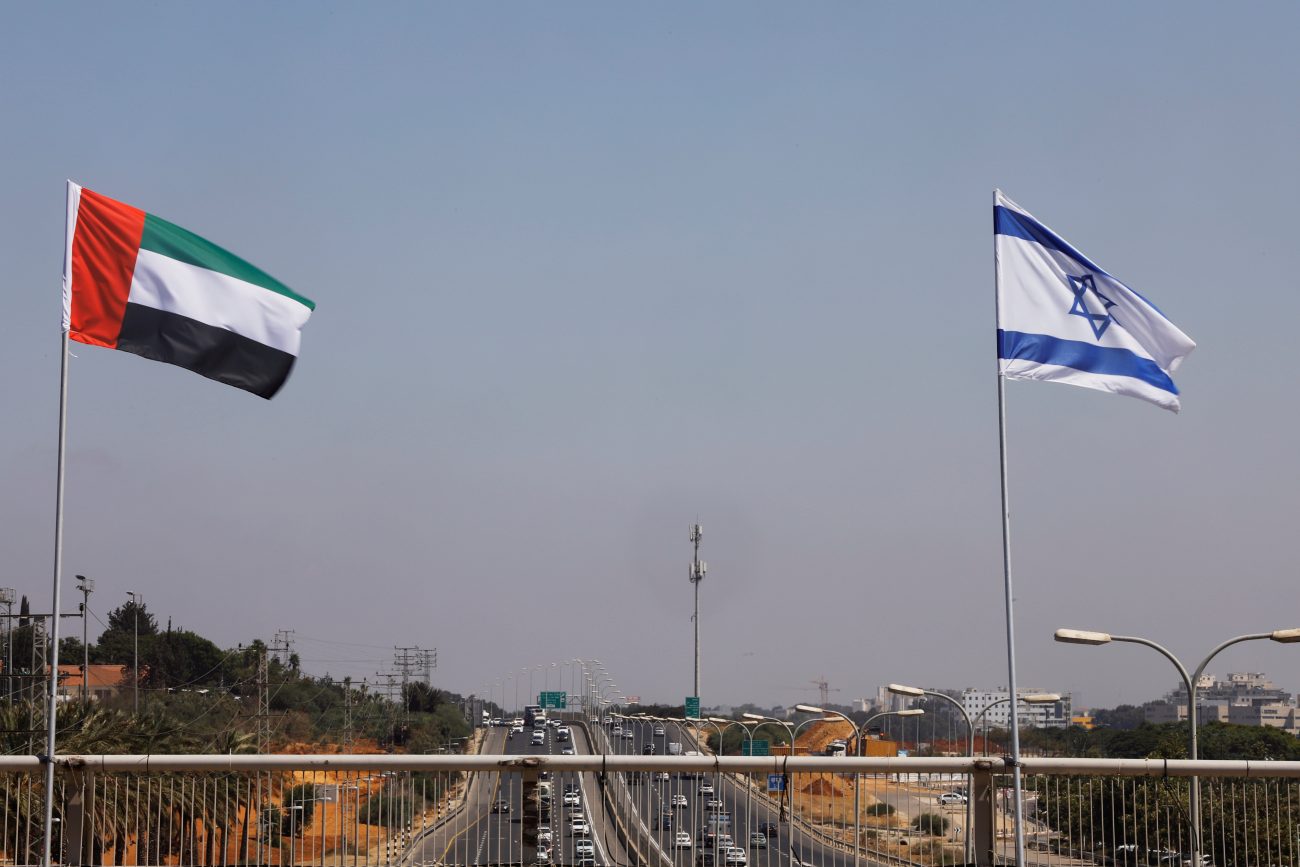 The national flags of Israel and the United Arab Emirates flutter along a highway in Netanya, Israel, Aug. 17, 2020. (CNS photo/Nir Elias, Reuters)

WASHINGTON (CNS) — The normalization of diplomatic relations between Israel and the United Arab Emirates can be a step for peace in the Middle East, said the chairman of the U.S. bishops’ Committee on International Justice and Peace.

Bishop David J. Malloy of Rockford, Illinois, Aug. 20 welcomed the announcement in a statement, saying it was “gratifying” that as part of the agreement Israel said it would temporarily suspend plans to annex disputed Palestinian territory in the West Bank.

The planned annexation of Palestinian lands by Israel has been a major point of contention between the Jewish state and much of the Arab world.

“The Catholic bishops of the United States have long held that both morally and as a basis for lasting peace, the two parties must negotiate directly and arrive at a fair compromise that respects the aspirations and need of both peoples,” Bishop Malloy said.

“As Catholic bishops we join in this aspiration and know much work remains in the pursuit of peace in the region,” he said.

The agreement is being called the Abraham Accord, which U.S. Ambassador to Israel David Friedman said is named for “the father of all three great faiths,” Christian, Muslim and Jewish.

The UAE, a federation of seven emirates, and Israel plan to exchange embassies and ambassadors, according to a Aug. 13 statement from the White House announcing the agreement. The UAE joins Egypt and Jordan as the Arab countries establishing relations with Israel.

Bishop Malloy in his statement also cited Pope Francis, who said during a visit to the UAE in 2019 that “dialogue, understanding and the widespread promotion of a culture of tolerance, acceptance of others and of living together peacefully would contribute significantly to reducing many economic, social, political and environmental problems that weigh so heavily on a large part of humanity.”

“It is our hope that this agreement will contribute to that peace,” the bishop said.

Palestinian Authority President Mahmoud Abbas rejected the agreement, describing it as “a betrayal of Jerusalem.” Palestinian leaders have long called for a peace deal with Israel that recognizes Jerusalem as the capital of Palestine and Israel and for ensuring access for Jews and Muslims to each religion’s holy sites in the city.