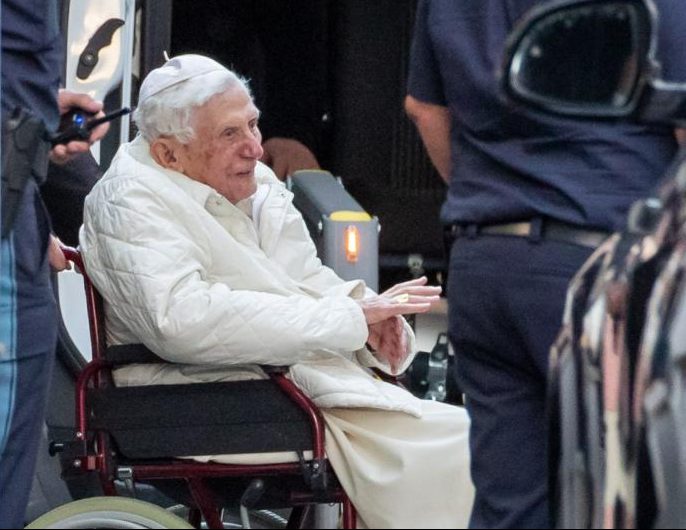 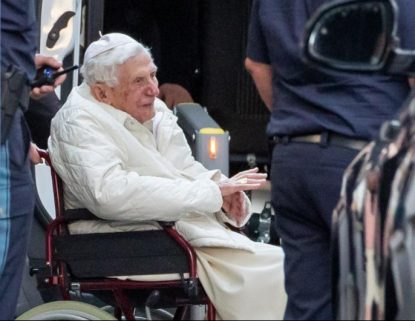 VATICAN CITY (CNS) — An author with a long and close relationship to retired Pope Benedict XVI told a German newspaper that the 93-year-old retired pope is “extremely frail.”

Peter Seewald, the author who has published four wide-ranging book-length interviews with the retired pope, was quoted in the Aug. 3 edition of the Bavarian newspaper Passauer Neue Presse.

Seewald said he visited with Pope Benedict Aug. 1 to present him with a copy of the authorized biography, “Benedict XVI: A Life.”

The retired pope lives in the Mater Ecclesia monastery in the Vatican Gardens. Seewald said he visited with the former pontiff there in the company of Archbishop Georg Ganswein, Pope Benedict’s personal secretary.

Passauer Neue Presse reported Seewald describing Pope Benedict as “extremely frail,” and as saying that while he is mentally sharp, his voice is barely audible.

The Vatican press office said late Aug. 3 that Archbishop Ganswein insisted there was no reason “for particular concern” over the retired pope’s health “other than that of a 93-year-old who is overcoming the most acute phase of a painful, but not serious, illness” — herpes zoster, commonly known as shingles.

Pope Benedict had traveled to Regensburg, Germany, in late June to visit his brother, Msgr. Georg Ratzinger, who was ill and died July 1. Seewald reportedly told the newspaper that Pope Benedict returned to the Vatican “seriously ill” and that he was suffering from a painful case of shingles on his face.

The newspaper also reported that, according to Pope Benedict’s spiritual testament, he wants to be buried in the grotto under St. Peter’s Basilica in the chapel where St. John Paul II originally was laid to rest before being moved upstairs to the St. Sebastian Chapel in the basilica after his beatification in 2011.

In 1981, Pope John Paul had called him to serve as prefect of the Congregation for the Doctrine of the Faith. The two worked closely for the next 24 years, until St. John Paul’s death in 2005.