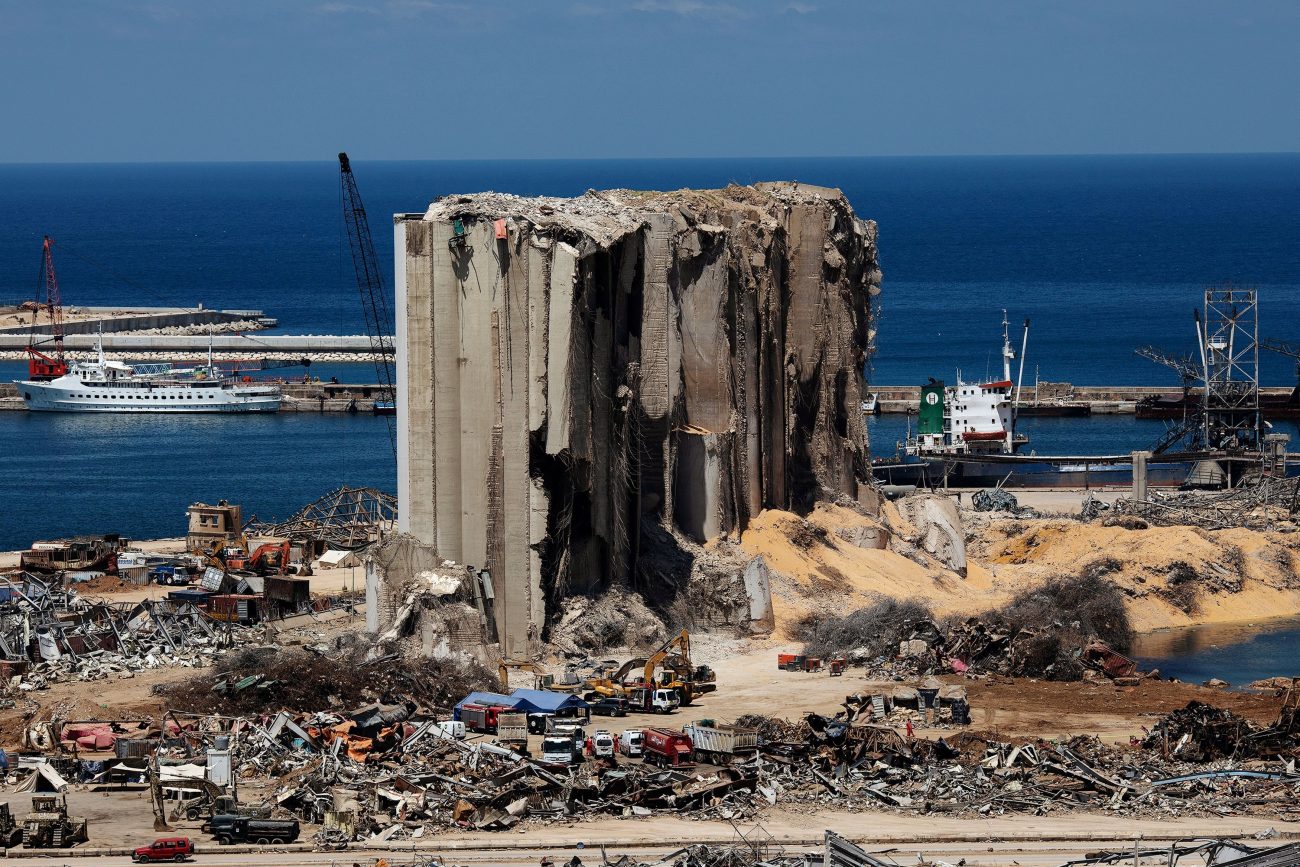 Debris surrounds a destroyed building in Beirut's port area Aug. 17, 2020, in the aftermath of a massive blast. Sister Sophie Khosrovian, a 76-year-old Daughter of Charity, was in nearby Immaculate Conception School at the time of the April 4 blast and died of her injuries. (CNS photo/Alkis Konstantinidis, Reuters)

BAABDA, Lebanon (CNS) — U.S. Daughter of Charity Sister Ann Sauvé, a member of the administrative staff at the order’s Sacred Heart Hospital in this Beirut suburb, will not easily forget Aug. 4 and the massive explosion in the port of Beirut.

“I can still recall a mass of people sitting or lying on stretchers — sometimes even on the floor — waiting patiently for their turn, not really asking for anything, without complaints, and perhaps not even knowing if they still had a home, or, in some cases, if they had lost a family member,” Sister Ann told Catholic News Service.

“We cared for them as efficiently as possible, but it took time and many had to wait for their turn. When they were able to leave after receiving the necessary care, it was always with a quiet and sincere ‘thank you.’ The next day, visiting them in their hospital room, it was again their thanks that we heard, despite their shock and their suffering. … an experience I will never forget,” said Sister Ann, who has served in the Middle East since 1976, most of the time in Lebanon, but also in Egypt and Jerusalem.

The hospital received about 200 people in its emergency room that night. The explosion killed more than 170 people and wounded more than 6,000.

“At the hospital, medical corps, administration, maintenance, pharmacy, technicians worked together calmly and as peacefully as possible, each giving their best. We were so touched by the messages that came in from nearly all over the world: people sharing their grief with us and assuring us of their prayers,” Sister Ann said.

One of the victims of the blast was 76-year-old Daughter of Charity Sister Sophie Khosrovian, who was from Iran.

“Toward the beginning of the evening, someone told me that Sister Sophie was wounded. The emergency room at that time was very crowded, and I could not find her. Then someone informed me that her condition was very critical, she had been intubated and sent immediately to the Intensive Care Unit. But Sister Sophie did not respond to resuscitative efforts and died of her injuries about three hours after her admission,” Sister Ann said. 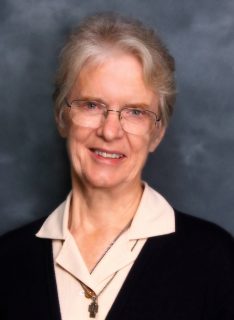 Sister Ann Sauvé, an American Daughter of Charity, is a member of the administrative staff at the order’s Sacred Heart Hospital in Baabda, a suburb of Beirut. She is pictured in an undated photo. (CNS photo/courtesy Daughters of Charity Province of St. Louise)

“Sister Sophie was quiet, gentle, and kind, easy to approach, with a ready smile. She was always there when you needed someone. We will miss her,” said Sister Ann.

Immaculate Conception was just one of the five schools near the port run by the Daughters of Charity. All were damaged.

The order’s members “have been busy trying to get funding not only for our own schools, but for all of the Catholic-Christian schools in the area,” said Sister Ann. “They are also trying to work out an education plan for distance learning as surely COVID will not permit opening in September. They must work to see about getting computers and internet into the homes of the poorer children.”

“Even before COVID, people were suffering from galloping inflation, banking restrictions, unemployment — because of the economic collapse.” With the COVID-19 lockdown, “what was left of economic activity disappeared. Everyone agrees that there needs to be an immediate infusion of funding for repairs, and to feed the nearly 50% of the population that are living at or under the poverty level. But there also needs to be structural changes — political and economic — to be able to function in the long run,” she said.

“The Lebanese in general are very ‘life-loving’ people, and their situation now can be summed up in the word ‘suffering,'” Sister Ann said.

PREVIOUS: Focus on Christ to discover joy in serving others, pope tells religious

NEXT: WHO supports pope’s call for fair, global access to vaccine