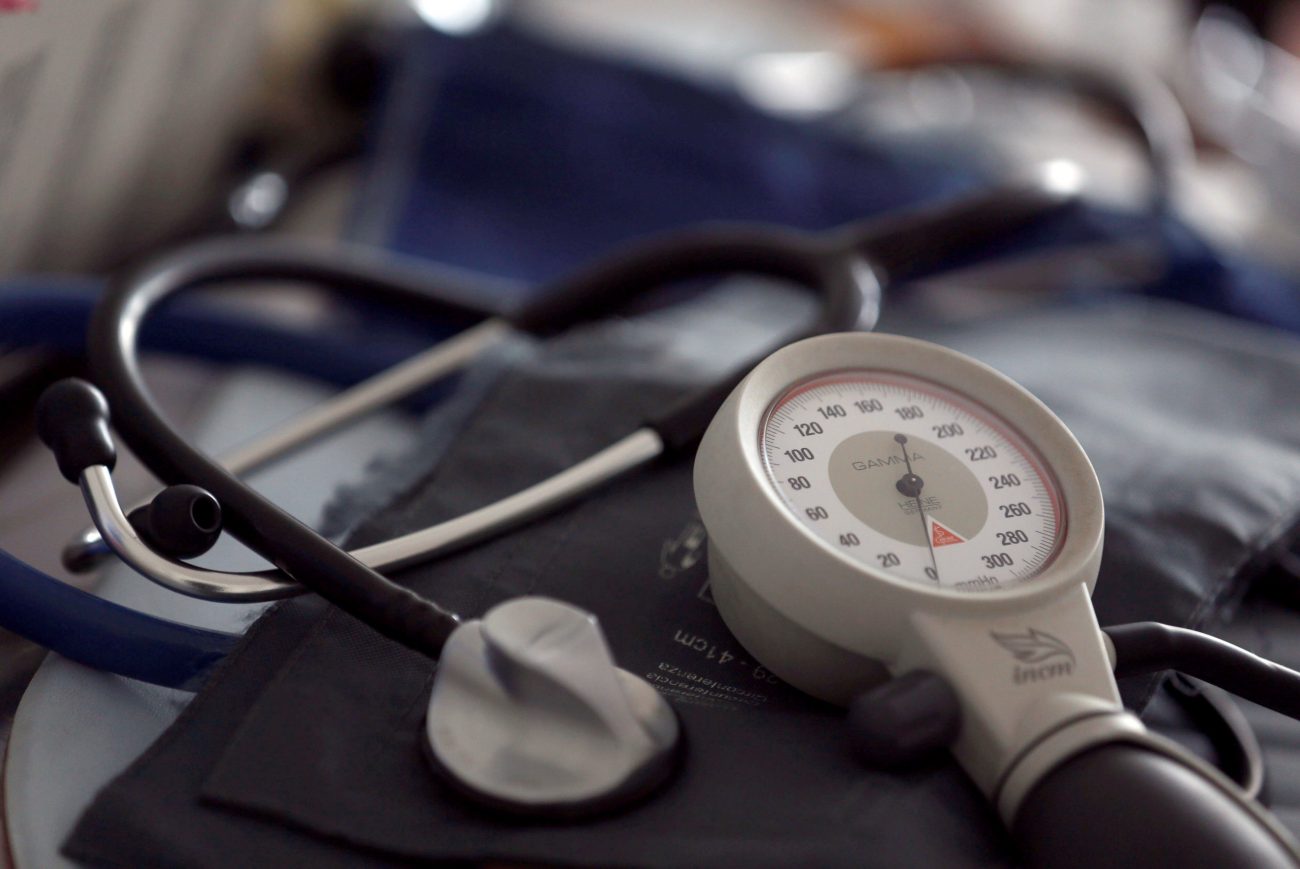 A stethoscope is seen in this illustration photo. (CNS photo/Regis Duvignau, Reuters)

PORTLAND, Ore. (CNS) — Megan Kreft, a young Catholic physician assistant in the Portland area, hopes her story of being fired by a Catholic medical group for wanting to practice her faith in the medical field will help others struggling to do the same.

“I’ve known I wanted to go into medicine for a long time,” Kreft told the Catholic Sentinel, newspaper of the Archdiocese of Portland.

She spoke joyfully about her love for being able to manage and treat patients in a variety of medical specialties — a perk for physician assistants. She wanted to be able to work with patients in an authentically Catholic way.

Born and raised in the Portland metro area, Kreft studied at the University of Portland, which is Catholic, and attended Oregon Health and Science University for her physician assistant training.

She noticed in graduate school that some elements contrary to the Catholic faith have seeped into medicine, and she was granted accommodations by OHSU to be excused from participating in patient care that involved abortions, assisted suicide and gender transitioning.

Kreft persevered. She was cautious about pursuing work in women’s health and primary care, knowing that so many of the ethical dilemmas she would face would be in those fields. Still, Providence Medical Group in Sherwood, Oregon, impressed her.

“I was blown away by the clinic, the support, the staff and their enthusiasm for great patient care,” said Kreft, adding that Providence appealed to her because of its Catholic identity. She was offered a position in January 2019.

Kreft aimed to be open to God’s word, and as she signed the employment documents for her new role at Providence, she felt at peace.

Among the documents she was asked to sign was one requiring adherence to the U.S. Conference of Catholic Bishops’ Ethical and Religious Directives for Catholic Health Care Services. The 43-page document lays out how Catholic health care providers in the U.S. should provide care. It includes sections on beginning-of-life care and end-of-life care.

“My husband and I felt this was where God was calling us,” she said. The feeling, however, was short-lived.

Before Kreft was hired, an administrator at her clinic reached out asking which services she’d perform. On the list were vasectomies and inserting intrauterine devices, as well as prescribing hormonal contraception and emergency contraception.

“I told my manager these services violated my religious beliefs and conscience,” said Kreft.

When it became clear to Kreft that she was expected to provide these services or refer patients to another of the clinic’s providers for them, her opinion of the clinic changed. She refused to refer patients for the controversial services. Soon, she was told she would no longer be allowed to see female patients of child-bearing age.

“I’m trained to care for patients from birth to death,” said Kreft. “It was a significant population in size and also a population that I, as a woman, care about.”

The final incident for Kreft occurred when a female patient who had already been on Kreft’s schedule came in to see her for another issue. During the visit, the patient asked for an emergency contraception. Kreft told the patient she couldn’t prescribe that.

As she stepped out of the room to file paperwork, she realized that another of the clinic’s providers was prescribing the contraception to Kreft’s patient.

A few weeks later, she was invited to a meeting with the regional medical director and the clinic’s medical director. Kreft said she was told that she’d traumatized the patient and broken the Hippocratic oath.

Not long after that, Kreft was invited to another meeting where she said she was told to either sign a form indicating she would refer patients to other clinic providers for services she refused to offer or she would be fired.

Kreft tried to negotiate, offering other ways to continue care for patients while still respecting her beliefs. Kreft said the clinic’s leadership refused to negotiate and she was fired Oct. 4 of last year, prohibiting her from practicing medicine as a faithful Catholic.

Since her dismissal, she has filed a civil rights complaint with the Office of Civil Rights of the Department of Health and Human Services.

Providence officials said that to respect an agreement with Kreft, they could not discuss the personnel matter.

Wolf is a reporter for the Catholic Sentinel, newspaper of the Archdiocese of Portland.

NEXT: Court sides with Trump on right to end TPS