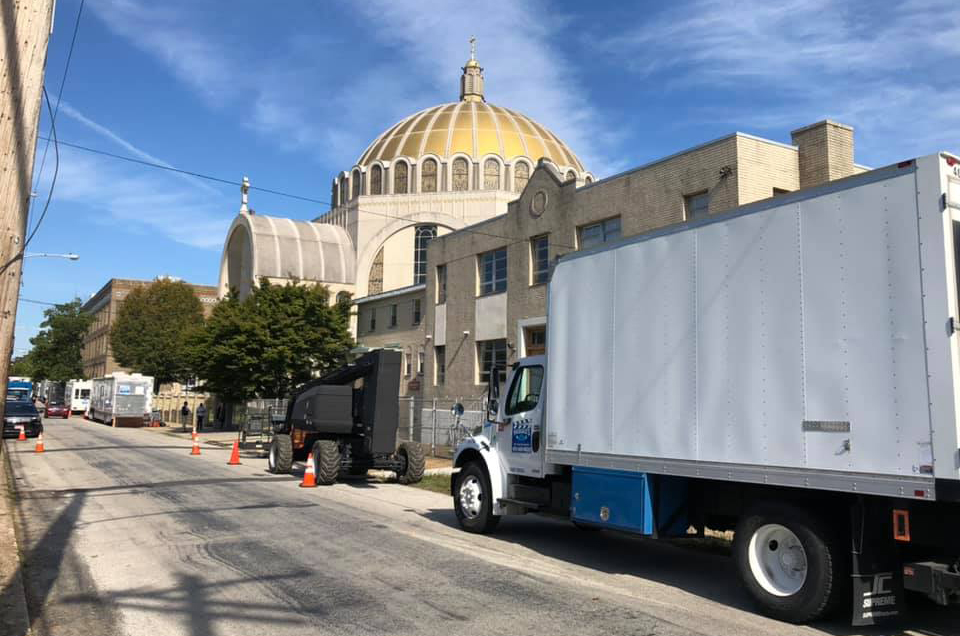 PHILADELPHIA (CNS) — A little bit of Hollywood came to Franklin Street and the Ukrainian Catholic Archeparchy of Philadelphia Oct. 14-16.

For two days, the chancery offices and the former cathedral parochial school had a new name with a new sign over the entrance, “St. Francis Roman Catholic High School.”

The site became a location shoot for a new Netflix movie called “Hustle,” starring Adam Sandler. It is a basketball movie where Sandler plays an NBA scout and he discovers a player in Spain and brings him to America. 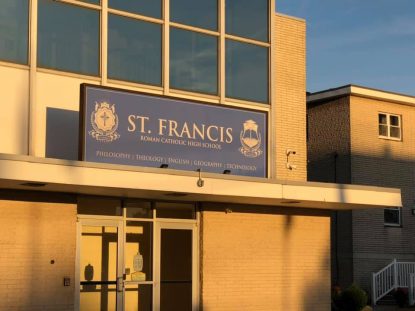 The chancery of the Ukrainian Archeparchy is transformed into a fictitious Catholic high school for the movie “Hustle” filming in Philadelphia.

Special interior lighting was used to light up the windows of the Cathedral of the Immaculate Conception for the exterior shoot. The set dressers added shrubbery and greens in front of several buildings and decorative light fixtures.

According to a report in The Philadelphia Inquirer in July, “Hustle” will follow an American basketball scout who was fired after discovering a “once-in-a-lifetime” player outside of the country, prompting him to bring the player to the United States and groom him for the NBA in an effort to prove naysayers wrong about both the scout and the player.

The film is being produced by Sandler and James. It is scheduled to shoot from October to December. 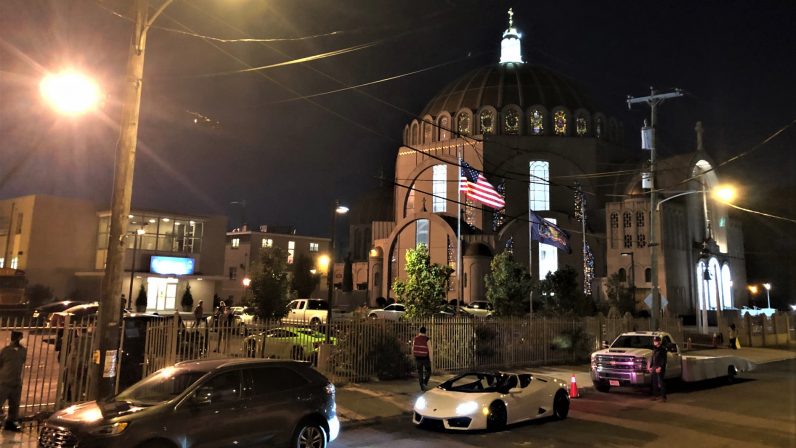 Stage lights illuminate the interior of Immaculate Conception Cathedral in Philadelphia to film a nighttime scene for the movie “Hustle.”

NEXT: Wedding anniversary Mass celebrates ‘hand of God at work’