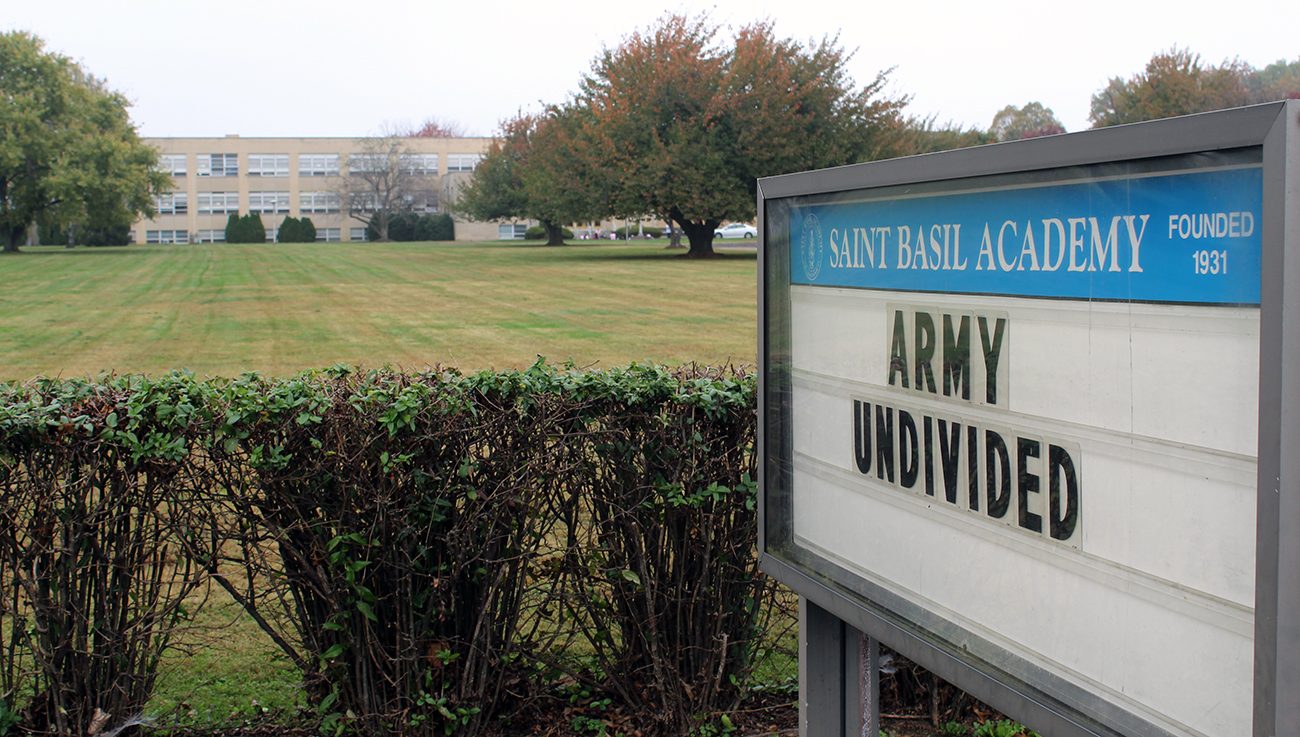 The news on Oct. 8 that St. Basil Academy, Jenkintown, will close at the end of the current school year hit like a thunderbolt. An all-girls secondary school academy founded in 1931, it survived the Great Depression, only to succumb during the Great Pandemic.

While many of the students at St. Basil are Roman Catholic, it is a ministry of the Sisters of St. Basil the Great, a Byzantine Ukrainian Catholic congregation that also conducts nearby Manor College.

It is currently the only Byzantine Ukrainian Catholic high school or elementary school in the Philadelphia area.

“After careful and exhaustive evaluation, the Provincial Council of the Sisters of St. Basil the Great made the painful, but necessary, decision to close St. Basil Academy at the close of the 2020-2021 school year,” school leadership said in a statement. “It is, however, the decision we are charged to make.”

While enrollment was as high as 400 students in the not distant past, it has sunk to a disappointing 226 students in the current year. Only 41 freshmen has enrolled this year instead of a hoped-for 60 new students at least, according to the statement.

In recent years the school has been running at a deficit of between $350,000 and $425,000. An ambitious endowment campaign expected to raise $3 million to $5 million had gotten off to a particularly good start with an anonymous $1 million donation but quickly dried up during the pandemic.

“The pandemic played a role in the decision-making, the impact it had and will have will be ongoing,” the academy said in a statement. “Even if the announcement had not been made, the requests for donations and fundraising has decreased not only because of the loss of jobs, but also because of COVID-19 limitations. All efforts to gather large donors for the $3-5 million endowment have been exhausted.”

Currently there has been no decision concerning the future use or disposition of the academy campus, according to the Basilian Sisters, which own the property.