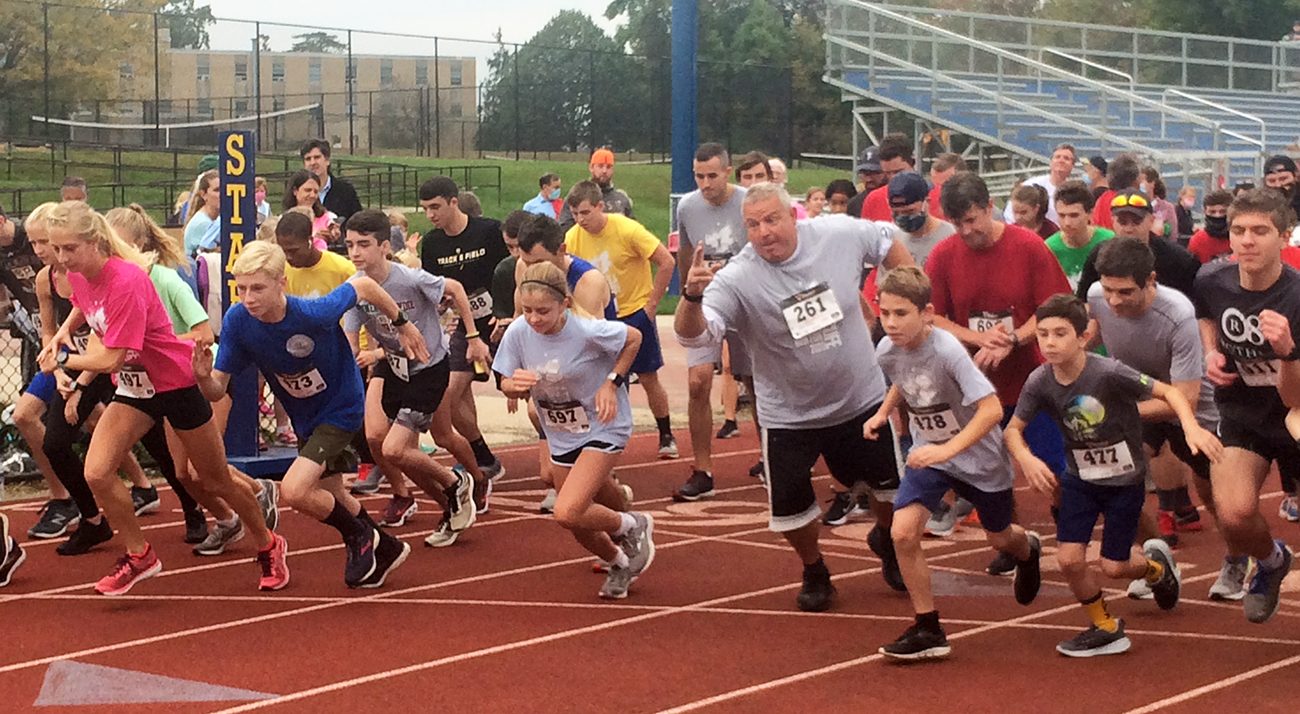 Hundreds of runners, walkers and faithful supporters laced up their sneakers for the 2020 “Johnny’s Run for Life,” a 5k and 1 mile fun run and walk for life, in honor of John P. Williamson Jr., on Oct. 11 at Cardinal O’Hara High School in Springfield, Delaware County.

Held at Johnny’s alma mater, the annual event commemorates his death on Jan. 25, 2009 during his senior year at Drexel University.

Now in its 12th year, proceeds from the run benefit the Respect Life Group of St. Pius X Parish, Broomall.

The event initially was held at Wilson Farm Park in Wayne for several years before making its way to Cardinal O’Hara, a more accessible place for many local supporters. Each year, John and Donna Marie Williamson, Johnny’s parents, coordinate with the school to plan the event.

“John and I would like to thank Mr. Jay DeFruscio, acting president, and Mrs. Eileen Vice, principal, for inviting us back to O’Hara this year,” said Donna Marie Williamson. “You are our friends and friends of all who work to protect God’s children.”

This year, there was no cost to participate in the day but donations were accepted. In keeping with the routine, the day began with Sunday morning Mass outside in the high school stadium, followed by the race and walk.

Msgr. William Kaufman, pastor of St. Pius X Parish, celebrated the liturgy and delivered the homily. An ensemble led by John Blisard provided the music. Donna Marie Williamson, a soloist for the musical group, was struck by the Alleluia verse, “May the Father of our Lord Jesus Christ enlighten the eyes of our hearts, so that we may know that is the hope that belongs to our call.” 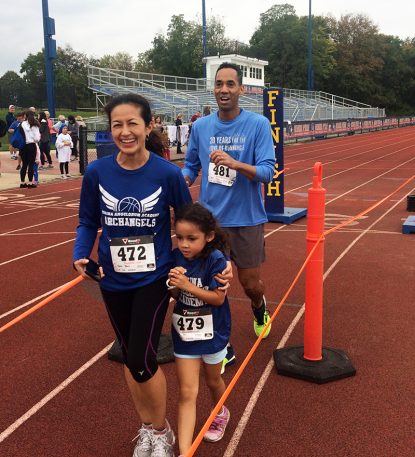 “By truly listening to God’s Word, we can come to know him, to understand what he desires for the good of all,” she said. “You are the hope referred to in the Alleluia verse.”

In his homily Msgr. Kaufman talked about how the gift Jesus is looking for us to bring into his kingdom is love, forgiveness and taking care of one another, especially the unborn. He reminded everyone of the theme of Johnny’s Run, “Choose Life.”

“Make us determined to carry out good works,” Msgr. Kaufman said. “That is the theme he loved and professed throughout his life.”

Among the participants was the cross-country team of Regina Angelorum Academy in Ardmore. Placing first in the one-mile run was Joseph Cheely, a fourth grader at the school.

“We participated every year for the last nine or 10 years,” said coach Cason Cheely, Joseph’s mother. “It’s such a blessing. We have a very strong cross-country program. We’re also a pro-life school. This event blends our pro-life commitment and (shows) our speed.” 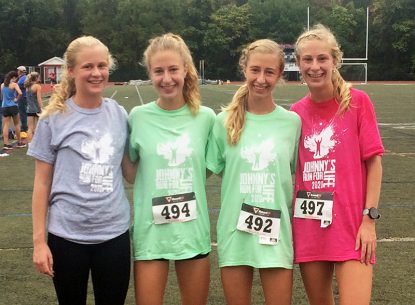 The day has long been a family affair for the Mancini clan including sisters Grace, Eleanor, Christine and Liz who finished first, second, third and fourth, respectively, in the 5k. They are all O’Hara graduates who went on to run at the collegiate Division I level at La Salle University.

“It’s super exciting to be here with this awesome atmosphere and for a good cause,” said Grace Mancini, who finished in 17:55.

Matt DiPretore was the male winner finishing fifth overall. There were age-group winners as well. Representing the over 70 group was Rich Krepol, a parishioner of St. Pius X who has participated almost every year.

Besides expressing their gratitude for the more than $30,000 raised in the event for St. Pius X Parish’s Respect Life Group, the Williamson family stressed that all of God’s children deserve love, particularly the sick, the injured, the poor, the outcast, the elderly and the unborn – a point that Johnny would want to make clear.

NEXT: Divine providence leads young man with disabilities to home of his own