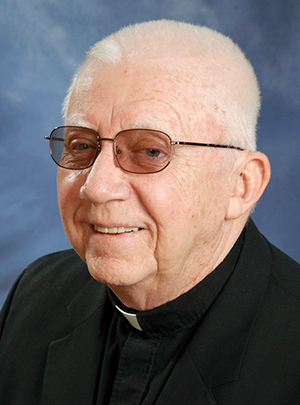 Father William E. Dean, 70, has been removed from ministry due to an allegation of sexual abuse of a minor in the late 1970s.

The allegation was deemed credible by the Archdiocese of Philadelphia, and Archbishop Nelson Pérez decided that the priest, ordained in 1976, is unsuitable for ministry.

For the past eight years Father Dean had been serving as chaplain at Camilla Hall, the nursing home for retired and ill Sisters, Servants of the Immaculate Heart of Mary in Malvern.

The archdiocese announced the decision in a statement Friday afternoon, Oct. 9.

The allegation surfaced in October 2019 as part of the Independent Reconciliation and Reparations Program, citing abuse by Father Dean at SS. Philip and James Parish in Exton.

The archdiocese said it immediately reported the allegation to law enforcement, and by January 2020, the Chester County District Attorney’s office declined to file charges, at which time the archdiocese launched its own investigation under canon (church) law.

The archdiocesan Office for Investigations later presented its findings to the Archdiocesan Professional Responsibilities Review Board (APRRB), which is composed of 12 men and women, both Catholic and non-Catholic, with professional experience in investigation, prosecution, child abuse prevention, victim services and the treatment of sexual offenders.

Father Dean’s case, however, does not begin with the allegation from 2019, but with a similar report received in June 2014. That allegation also stemmed from Father Dean’s second parish assignment, SS. Philip and James, also in the late 1970s.

According to the archdiocesan statement, the report indicated Father Dean “may have engaged in inappropriate behavior with a minor” while at the Chester County parish in the late 1970s.

“This report was the first of its kind lodged against Father Dean and did not include any allegations of criminal behavior. It did, however, identify the individual who was a minor at that time. This person was contacted by the archdiocese on multiple occasions, but did not wish to engage in dialogue,” the statement read.

Since it was deemed not criminal in nature, the allegation was not reported to law enforcement and was instead handled as a potential violation of archdiocesan norms, The Standards of Ministerial Behavior and Boundaries.

He could minister “in a limited capacity,” according to the archdiocesan statement, as chaplain at Camilla Hall. Under his “monitoring and support plan” Father Dean could serve only there and not in parishes, and could not “leave that facility or receive visitors without advance notice as well as multiple layers of approval.”

“Information regarding Father Dean’s circumstance was shared with the local superior general of the I.H.M. (Sisters) and the administrator of Camilla Hall,” the statement read. “They agreed to the terms of the plan and to assist archdiocesan personnel in its enactment. Father Dean also agreed to abide with these conditions.”

The priest had been serving at Camilla Hall since 2012. He had been declared legally blind since 2001 and relied on the assistance of a service animal.

The allegations – one deemed a “boundary violation” according to archdiocesan norms and not a criminal offense, the other a substantiated case of sexual abuse of a minor for which charges were not brought – are two separate allegations from the same time period at the same parish.

Father Dean’s case will now be forwarded to the Vatican’s Congregation for the Doctrine of the Faith from which he may eventually be laicized, or released from the priestly state.

The following are the assignments of Father Dean since his ordination in 1976 as a priest for Philadelphia:

This news may be painful to victims of sexual violence and exploitation. If you need support or assistance, victim services are available through the Victim Assistance Office of the Archdiocese of Philadelphia at 1-888-800-8780 or philavac@archphila.org.

To report an allegation of sexual abuse or any other criminal activity perpetrated by a priest, deacon, employee, or volunteer of the Archdiocese of Philadelphia, contact your local law enforcement agency and/or the archdiocesan Office for Investigations at 1-888-930-9010.

To report a violation of The Standards of Ministerial Behavior and Boundaries, contact the Office for Investigations at 1-888-930-9010.

To learn more about the archdiocese’s Promise to Protect, Pledge to Heal programs, visit the website of the Office for Child and Youth Protection.

PREVIOUS: Hope rises from ashes at Our Lady of Angels

NEXT: Priest, police light up the night for sick kids