Priest, police light up the night for sick kids 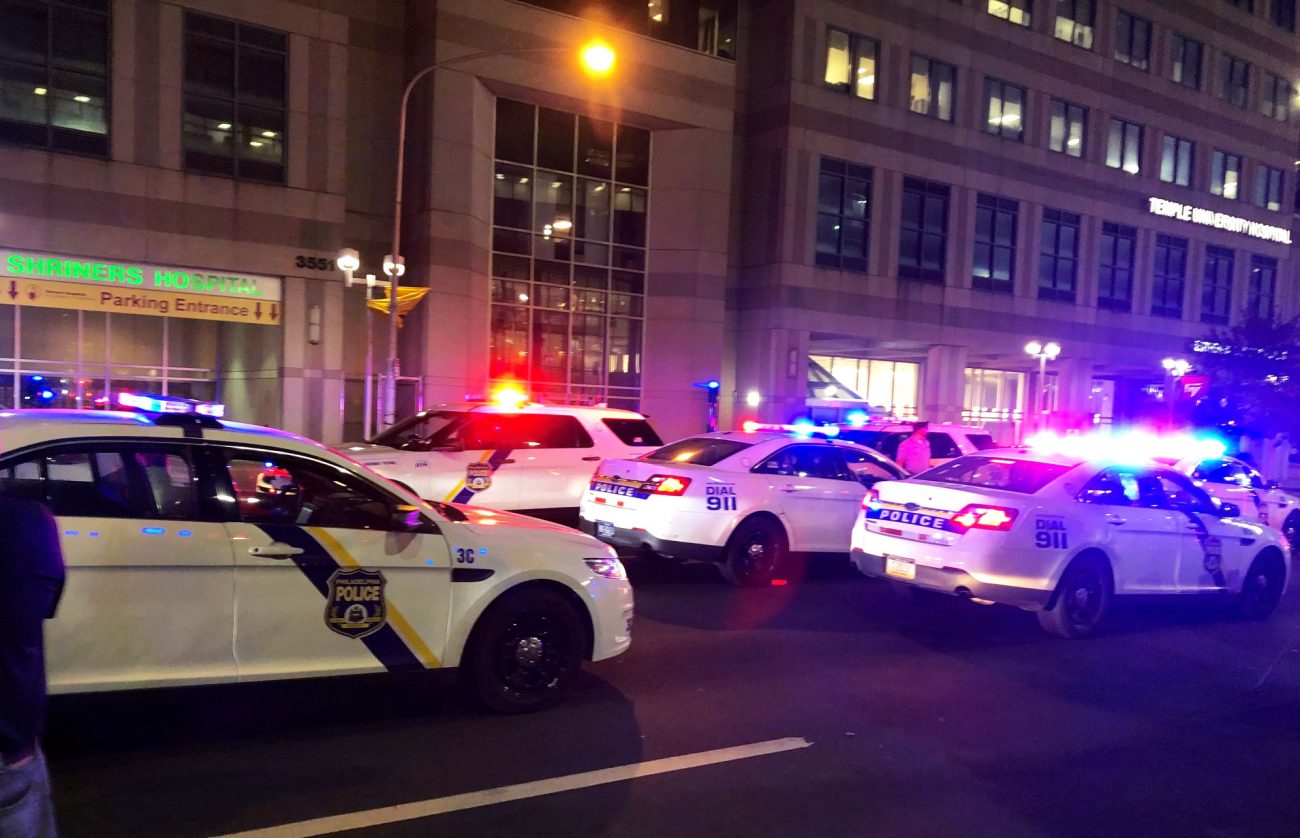 Broad Street glowed with beams of light earlier this week, as part of an annual effort to brighten the spirits of hospitalized children.

“Good Night Lights” gathered some 30 Philadelphia Police Department (PPD) vehicles – along with the agency’s aviation unit – in an Oct. 7 salute to patients at Shriners Hospital for Children.

For just under 10 minutes, traffic was halted as law enforcement personnel flashed their cars’ beacons at the hospital’s windows. The PPD helicopter circled from above, adding its lights to the display.

The kids returned the officers’ waves, holding up lanterns supplied the day before by the Michael the Archangel Ministry program at the Fraternal Order of Police (FOP) Lodge 5.

Oblate Father Steven Wetzel, the program’s chaplain, coordinates the local version of the “Good Night Lights” initiative. Now in its third year here in Philadelphia, the concept originated in Rhode Island, where a Hasbro Children’s Hospital employee began flickering his bicycle light to a patient after work. Staff, area businesses and law enforcement quickly joined in, and the movement has since spread to other U.S. cities.

For Father Wetzel, the event is a natural extension of his ongoing ministry at the FOP. Named for the patron of police officers, Michael the Archangel — which Father Wetzel describes as a “multidenominational, rather than nondenominational” outreach — provides pastoral care, crisis ministry and spiritual enrichment opportunities. 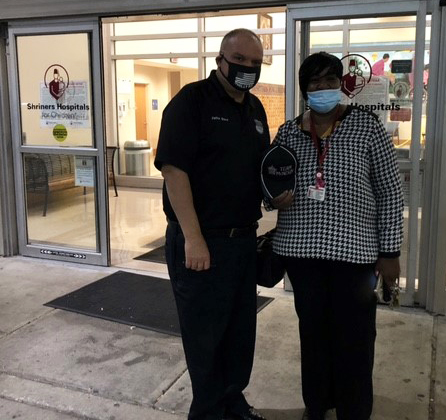 Given the intensified demands on law enforcement in recent months, the light show was a “wonderful distraction” for officers as well as the children, he said.

“The police get just as much out of it as the children, their parents and the hospital staff,” said Father Wetzel. “We look forward to this every year.”

Amid the darkness of turbulent times, the display provides a spiritual lift, he said

“I love the idea of light, which is so connected with our faith, since it points to the light of Christ,” he said, adding that his heart is warmed by seeing “these little hands at the hospital window waving those lights.”

After this year’s gathering, Father Wetzel and a handful of officers returned to the FOP Lodge and joined in prayer.

“We stood in a circle, praying for those children, and praying for our officers out there protecting us,” he said. “It was such a powerful moment. The Spirit is at work here, and that’s really why we are here at the FOP with our ministry.”

NEXT: Faithful gather in prayer for nationwide peace, healing