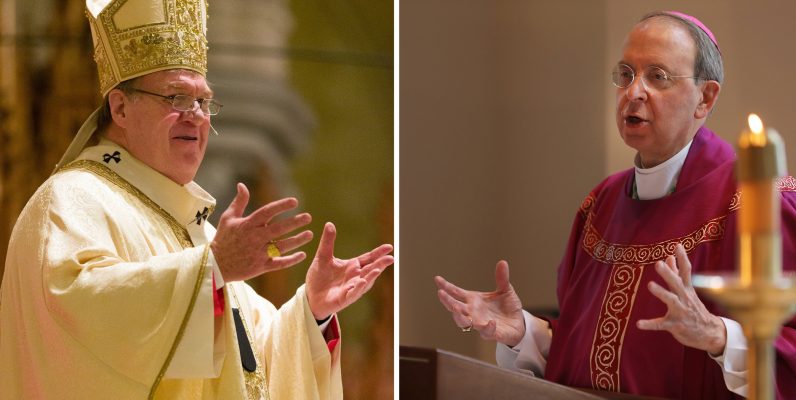 BALTIMORE (CNS) — As early voting begins in some states for the coming presidential election, Baltimore Archbishop William E. Lori is urging his parishioners to be guided by the principles of Catholic social teaching as they complete their ballots.

“Casting our votes is not only a privilege but also a solemn duty and responsibility,” Archbishop Lori wrote in a column for the Catholic Review, the archdiocesan news outlet.

Stressing the principles of human dignity, the common good, subsidiarity and solidarity, Archbishop Lori acknowledged that today’s politics has become increasingly partisan and contentious. He challenged parishioners to look beyond party labels and consider the “real-life consequences” of each candidate’s positions.

Similarly, Cardinal Joseph W. Tobin of Newark, New Jersey, pointed to many issues at stake in this year’s election, issues that “are vitally important to the health and well-being of our society.”

“They must be considered carefully in the exercise of an informed conscience whether in a voting booth or in completing a mail-in ballot,” he said in the Sept. 29 issue of his “Rejoice in the Lord” newsletter that goes out to the entire archdiocese.

Both presidential campaigns have made efforts to woo Catholic voters, seen by political analysts as one of the few voting blocs with a sizable number of undecided voters.

The Trump campaign touts its stance against abortion and its efforts to appoint pro-life judges to the courts. The Biden campaign has stressed other issues important to Catholics, including greater access to health care and a more welcoming stance toward immigrants and refugees.

Biden, a Catholic himself, supports legalized abortion, saying he is personally opposed but doesn’t want to impose his view on the electorate.

Archbishop Lori highlighted these issues in his column.

He wrote that we are called to have “a special love for the unborn as well as for those who are poor, vulnerable or oppressed, and those who are victims of racism, prejudice, brutality or deprivation of life’s necessities, both at home and abroad.”

“This includes those who have arrived recently on our shores and who are trying to create a better life for themselves and their families,” Archbishop Lori wrote.

While the archbishop, like most clergy, refrained from making an endorsement, he had advice for voters.

“As Catholics, we can look to our faith for guidance,” Archbishop Lori wrote.

He recommended Catholics look to Jesus’ teachings, specifically the beatitudes’ message of peace.

“These traits, which Jesus personified and which we can only approximate, do not constitute a voter’s guide, but they should prompt us to do everything possible to ameliorate our bitterly divisive political environment — or at the very least, not to contribute to the rancor,” Archbishop Lori wrote.

Jenny Kraska, executive director of the Maryland Catholic Conference, said the conference has been working to ensure Catholics cast their ballot come November.

It has sent kits to pastors across the archdiocese to help local parishes promote voting, including ideas for features in church bulletins and social media posts. The conference, which is the public policy arm of the Catholic bishops serving Maryland, also has produced a voter’s guide for the state’s congressional races.

In Maryland, people can vote in person on Election Day, Nov. 3. Early in-person voting will also be held from Oct. 26 to Nov. 2. Because of the coronavirus pandemic, all voters also are eligible to vote by mail-in absentee ballot. The last day to request a ballot by mail is Oct. 13; voted ballots must be received by election officials postmarked by 8 p.m. on Election Day to be counted.

In Newark, Cardinal Tobin reminded Catholics of the U.S. bishops’ quadrennial statement titled “Forming Consciences for Faithful Citizenship,” saying it provides “valuable guidance regarding the exercise of our rights and duties as participants in our democracy.”

He quoted section No. 35 of the document: “A Catholic who rejects a candidate’s unacceptable position on policies promoting an intrinsically evil act may decide to vote for that candidate for other morally grave reasons. Voting in this way would be permitted only for truly grave moral reasons, not to advance narrow interests or partisan preferences or to ignore a fundamental moral evil.”

“This means that a candidate’s position on one or more fundamental moral issues must be considered seriously, but it does not automatically determine how we should vote,” he explained.

“‘Other morally grave reasons’ may persuade us to vote for someone even if his or her position on an important issue is unacceptable to us,” he added.

— The dignity of family life (based on marriage between a man and a woman) and “the protection and formation of our children.”

— Immigration reform and care for migrants and their families; the protection for the poor and vulnerable through health care, housing and just wages.

— Racial equality and special concern for the rights of minorities.

— The dignity of work and the rights of workers.

— The pursuit of peace and social justice “here at home and internationally.”

— Religious liberty for people of all faiths and cultures both in the United States and throughout the world.

— The stewardship of God’s creation, such as “care for the environment.”

“The fact is that as faithful Catholics and responsible citizens we must make difficult choices,” Cardinal Tobin said. “That’s why we turn to Mary, Mother of the Church, and to all the saints to show us the way.”

“There are no easy solutions to the dilemmas we face today,” he added. “There is only our solemn obligation to participate in the governance of our nation as co-responsible members of a free society and as missionary disciples called by Jesus Christ to transform our society and care for our common home.” 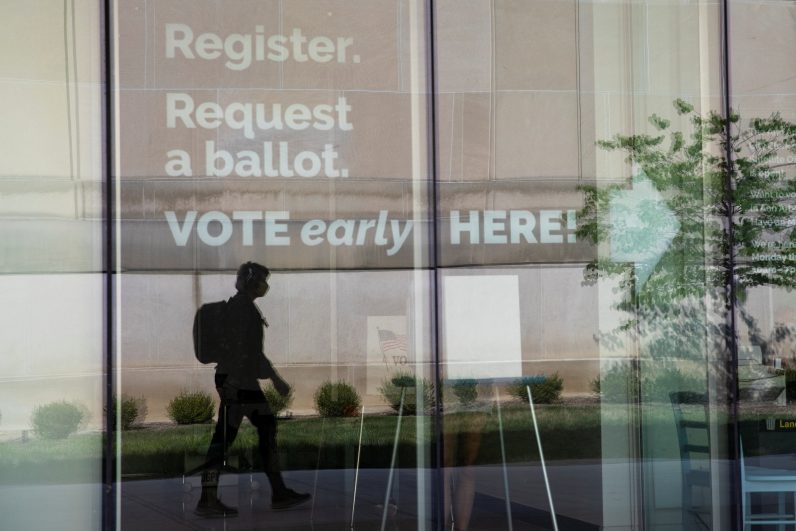 A pedestrian walks by the satellite location for students and faculty to cast their ballots for the upcoming presidential elections in Ann Arbor, Mich., Sept. 24, 2020. (CNS photo/Emily Elconin, Reuters)