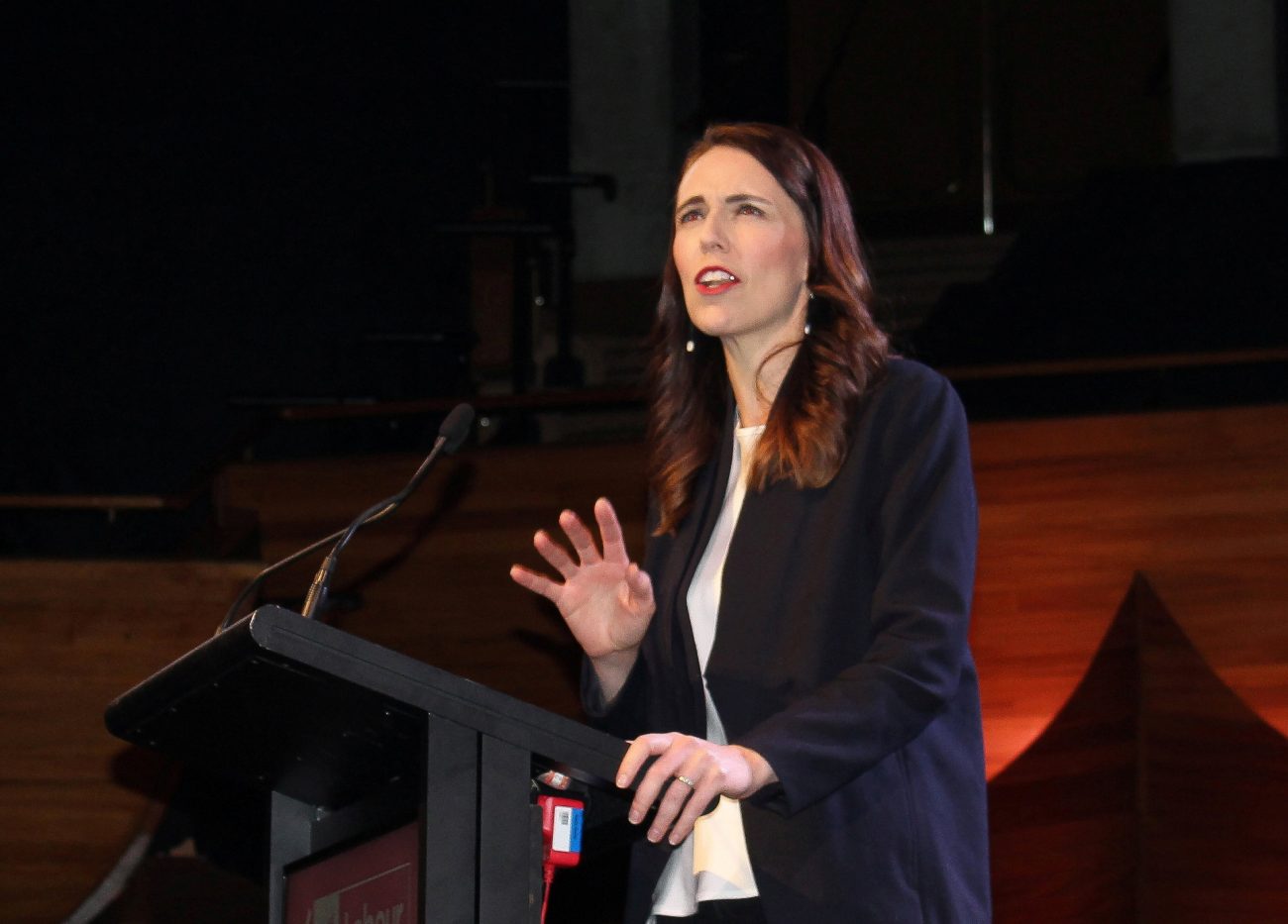 New Zealand Prime Minister Jacinda Ardern is pictured in an Oct. 11, 2020, photo in Wellington. New Zealanders have voted in favor of the Life Choice Act, legalizing euthanasia for people with a terminal illness. It will take effect in 12 months. (CNS photo/Praveen Menon, Reuters)

“Many people will no doubt see the option of an assisted death as akin to adding another food choice to an already existing cafe menu when, in fact, the change represents a shift in the whole dining experience that will affect everything on the menu, as well as the service you get,” said John Kleinsman, director of the Nathaniel Centre for Bioethics, the New Zealand Catholic bioethics center.

“Overseas research clearly shows that eligible people primarily choose euthanasia not because of intractable pain but for existential and social reasons,” he said in a statement released Oct. 30 by the New Zealand bishops’ conference. “That disturbs me and many others.”

More than 65% of New Zealanders approved the Life Choice Act, which will take effect in 12 months. For a person to receive assistance in dying, she or he must be a citizen or permanent resident, age 18 or older; have a terminal illness with a probability of dying within six months; be experiencing unbearable suffering; and be competent to make a decision. Doctors will perform the assessment.

Kleinsman said this put undue pressure on ill patients and noted the act had “no mandatory cooling-off period, no requirement for independent witnesses, and lacks effective processes for detecting whether people might be opting for a premature death because of pressure, whether as a result of their own internal feelings of being a burden or because of external pressures.” He noted that 33 jurisdictions worldwide had rejected similar legislation because of the pressure it put on vulnerable people.

“We have to accept that we are about to cross a Rubicon — a line of no return,” he said.

He also said he was troubled that the act was approved despite the fact so many experts opposed the law.

“Most of the professional medical groups in New Zealand and more than 1,800 doctors opposed this law because of concerns about the law’s lack of protection for vulnerable people; 35 specialist psychologists who support the right of New Zealanders to have their own opinions on euthanasia opposed the law because a safe assessment of mental competency is not possible,” he said. “And more than 200 lawyers, many who favor euthanasia, were opposed to the law on the grounds that it was badly drafted and dangerous.”

“This law won’t improve health outcomes for those who are already disadvantaged by the current health system, including Maori, who die on average seven years earlier than the rest of us and who are 2.5 times more likely to die of particular diseases that the rest of us,” Kleinsman said. “Looked at like this, the referendum result cannot be described as a victory for choice for a majority of people that includes the most disadvantaged.”