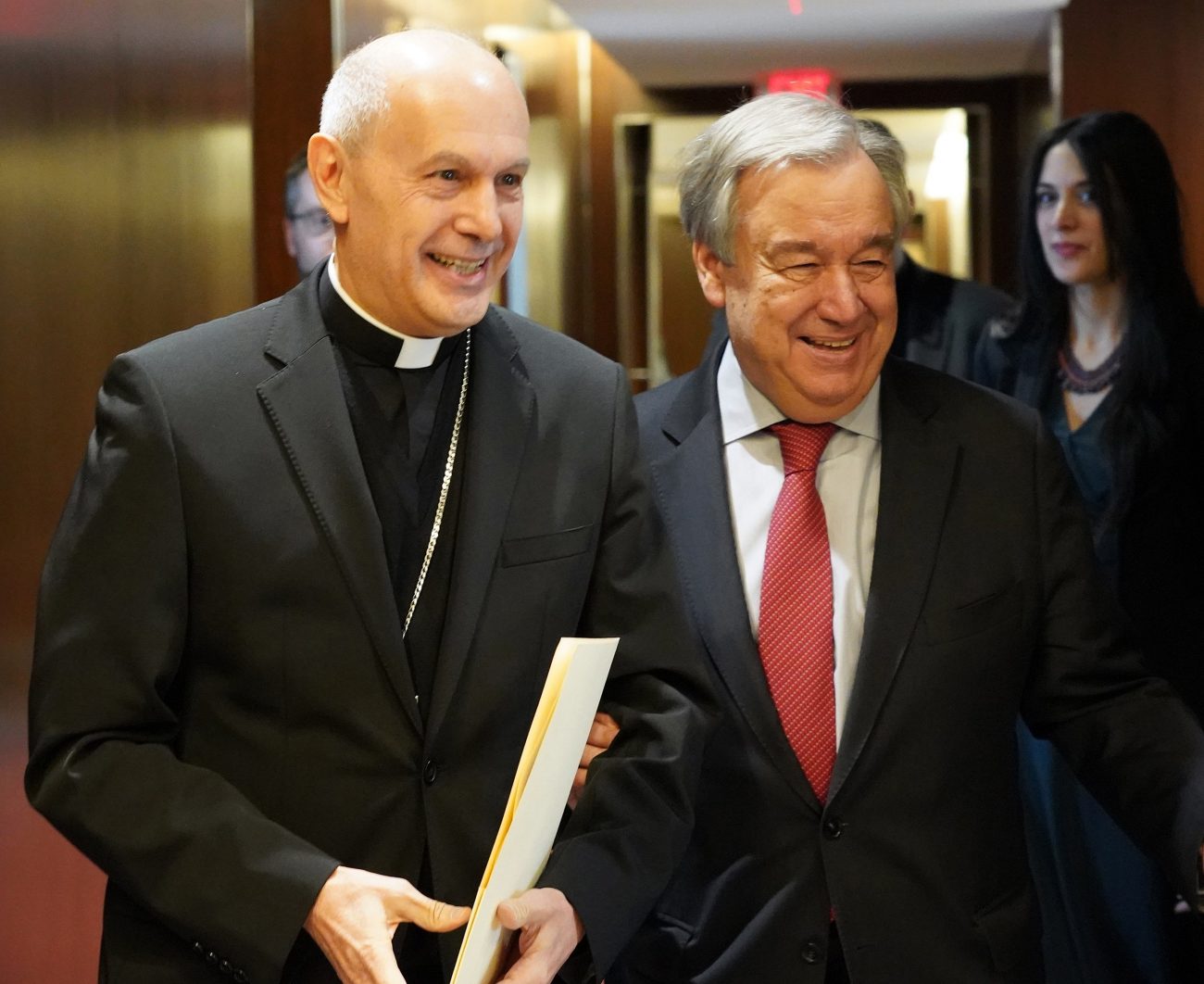 UNITED NATIONS (CNS) — In an Oct. 7 address to the United Nations’ Economic and Financial Committee, Archbishop Gabriele Caccia, the Vatican’s newly appointed nuncio, took note of the many economic inequities made worse by the ongoing coronavirus pandemic.

“From states to families and individuals, almost no one has escaped the economic hardship due to the consequences of the virus and these will stay with us for years to come. Although the pandemic has affected us all, the impact on some people and some countries are much more notable, both in the short and long term,” Archbishop Caccia said in his remarks.

“Developing countries, for example, are being hit by a triple economic shock of collapsing export demand, falling commodity prices and unprecedented capital flight, while also having to manage the pandemic with often inadequate health systems.”

Archbishop Caccia said, “There is extensive evidence that developing states, due to the demands imposed on them by debt servicing and the economic impact of the pandemic, are obliged to divert scarce national resources from fundamental programs of education, health and infrastructure to debt payments.”

He added, “In the long term, such debt-related financial obligations and the choices they necessitate undermine integral development, weaken health care and education systems, as well as reduce the capacity of states to create the conditions for the realization of fundamental human rights. In these circumstances, the rights to education, health, adequate housing and work are placed under threat or violated, and millions face poorer and extreme living conditions.”

In his address, one of his first to a U.N. body since he officially took his post in in January, Archbishop Caccia talked about the countless men and women who have lost their jobs in all kinds of business sectors and now cannot pay their bills.

“Men and women are being laid off from jobs in construction, catering and hospitality, domestic service, retail and part-time or seasonal occupations, and are no longer able to meet rent payments or put food on the table, he said. “Many of these workers are migrants, without proper documentation, and unable to file for benefits.

“They turn to charitable organizations and religious institutions for survival while living on the peripheries of society. We have a particular responsibility to attend to their daily needs.”

He also urged that particular attention be paid to micro, small and medium-sized businesses.

“To revive an economy sinking into a deep recession, it is essential that funding reaches the large number of medium and small business enterprises that comprise the backbone of economies in both developed and developing countries,” Archbishop Caccia said.

In the international milieu, he recommended greater debt forgiveness.

“In light of this, the Holy See would like to encourage the international community to address the growing economic imbalances among states by way of debt restructuring and ultimately the ‘cancellation of the debt of the most vulnerable countries, in recognition of the severe impacts of the medical, social and economic crises they face as a result of COVID-19,'” he added, quoting from Pope Francis’ message from the Sept. 1 World Day of Prayer for the Care of Creation.