Black Catholics come together as one at St. Martin de Porres Mass 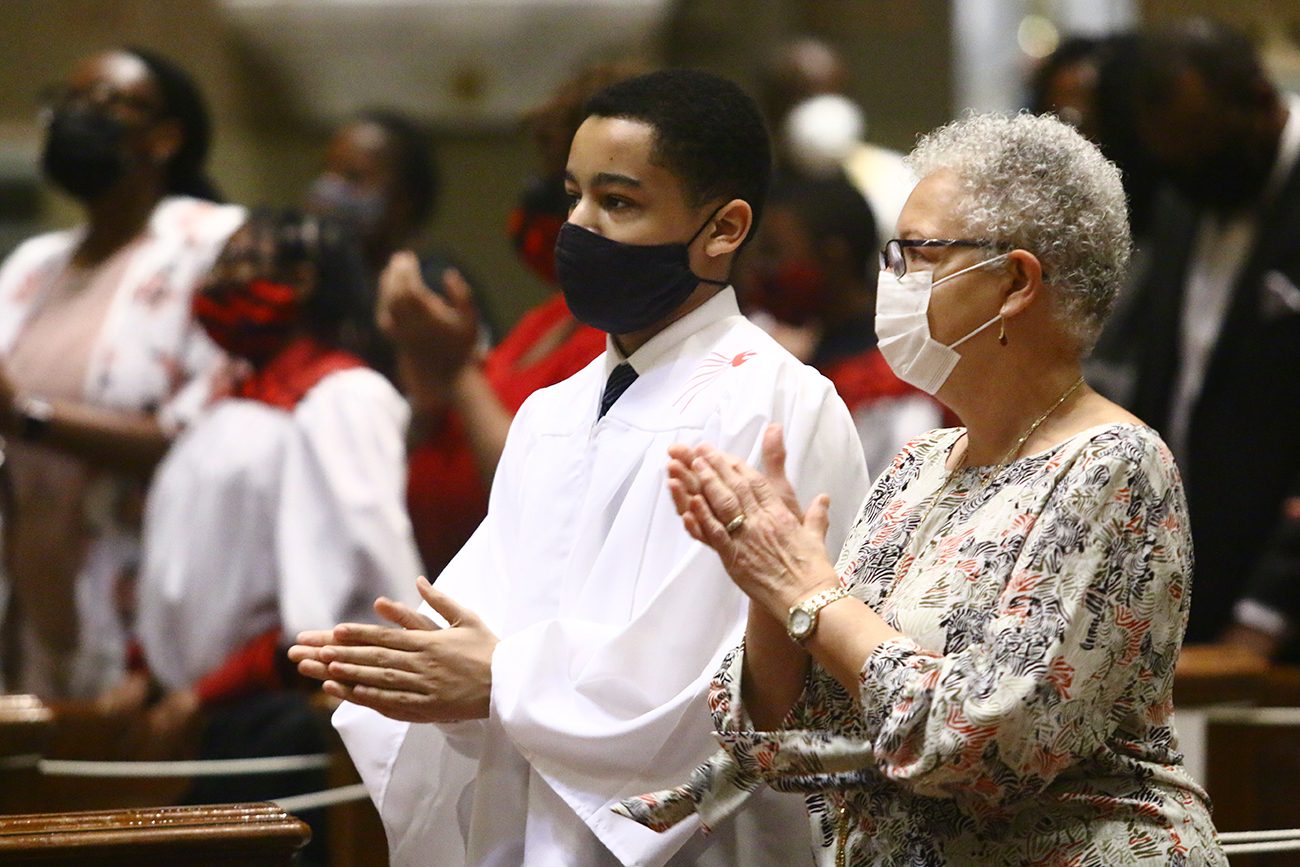 Young men and women, their confirmation sponsors and hundreds of other Black Catholics in the Philadelphia Archdiocese gathered Nov. 7 at the Cathedral Basilica of SS. Peter and Paul for the 58th annual St. Martin de Porres Mass. (Sarah Webb)

Some 400 area faithful gathered last Saturday for a liturgy honoring Black Catholic spirituality and welcoming a new generation of believers.

Archbishop Nelson Pérez was the principal celebrant and homilist at the annual St. Martin de Porres Mass Nov. 7 at the Cathedral Basilica of SS. Peter and Paul. Liturgical accompaniment was provided by a schola drawn from the Philadelphia Catholic Gospel Mass Choir, led by director and composer Tonya Taylor Dorsey.

Sponsored by the archdiocesan Office for Black Catholics, the annual liturgy (now in its 58th year) invokes the intercession of the Peruvian saint, who was born in 1579 to a free Black woman and a Spanish nobleman. Raised amid poverty and racial discrimination, the youth developed a profound spirituality and became a lay Dominican brother. His strict mortifications, charitable works and devotion to the Eucharist earned him a reputation for holiness, and he was eventually canonized by Pope John XXIII in 1962.

In his opening remarks, Archbishop Pérez noted the celebration has taken on increased significance as the nation confronts ongoing and systemic racial injustice.

(Watch the full video of the Mass below.)

The wounds of racism — compounded by the coronavirus pandemic and a contentious presidential election — are daunting, said the archbishop, but “the response of the disciple” should be rooted in prayer and in a humble recognition that “everything we have is a gift” from God.

Citing in particular the liturgy’s first reading (Phil 4:4-9), the archbishop addressed 45 youths from a number of archdiocesan parishes who received the sacrament of confirmation at the Mass. He noted the Scripture passage was one of his favorites, and he encouraged the teens to “have no anxiety at all, but in everything, by prayer and petition, with thanksgiving, make your requests known to God” (Phil 4:6).

With the knowledge that “we are in (God’s) hands,” he added, faithful can follow St. Paul’s directive to “rejoice in the Lord always … rejoice” (Phil 4:4).

Later in the Mass, Archbishop Pérez observed that several of the confirmands had chosen the name of St. Katharine Drexel, the Philadelphia-born founder of the Sisters of the Blessed Sacrament, a religious order dedicated to the service of Black and Indigenous populations.

As “a woman of justice and the works of the Gospel,” the saint is “a great figure for our time, for healing and peace,” said Father Dennis Gill, rector of the Cathedral Basilica, which now houses St. Katharine Drexel’s tomb and shrine. “We invite you to know her, to love her, to imitate her and to be inspired by her.”

For Jennifer Simmons of St. Raymond of Penafort Parish in Philadelphia, the Mass was an occasion for “coming full circle,” since daughter Cyan, one of the confirmands, “could now actually say this is the faith she wants to continue, and not just because we got her baptized.”

Cyan Simmons said she now felt she was “an official adult in the church,” and treasured the opportunity “to be confirmed with other Black Catholics.”

Permanent Deacon Anthony Willoughby, who assisted Archbishop Pérez at the liturgy, said Cyan and her fellow confirmands are a sign that “the Lord is really moving within the Black church.”

“It did my heart good to see so many young kids just coming to the Lord and coming into the Catholic Church,” he said. Deacon Willoughby pointed to the growing awareness of Black saints in the making – such as Father Augustus Tolton, the first recognized U.S. Black Catholic priest – as pivotal in this regard.

“I see the work of the Tolton Ambassadors, and I see it in the heart of these young kids who are coming to the Lord,” he said. “Hopefully some of them will be our future saints.”

St. Raymond pastor Father Christopher Walsh, whose parish counted 18 of the day’s confirmands, said his own spirituality had been enriched by his years of leading a Black Catholic faith community.

“One of the things that I’ve gained from the Black church is the idea of God’s providence, that God will see you through it,” said Father Walsh. “I’ve also learned not to be afraid of being emotive … to be open with expressing delight in the Lord and joy in the Lord.”

Father Walsh also endorsed hosting multi-parish confirmations at the Cathedral, both to accommodate bishops’ increasingly “stretched schedules” and to remind faithful that “the church is bigger than just their parish.”

That sentiment was echoed by sisters Monique Powell and Karen Powell of St. Martin de Porres Parish in Philadelphia, who were on hand for their niece’s confirmation.

“It’s a true blessing to be around other worshippers,” said Monique, while Karen stressed the importance of “coming together to be as one.”

In his post-Communion remarks, James Andrews, the newly appointed director of the archdiocesan Office for Black Catholics, agreed.

“Remember, we are all stronger when we work together,” he said. 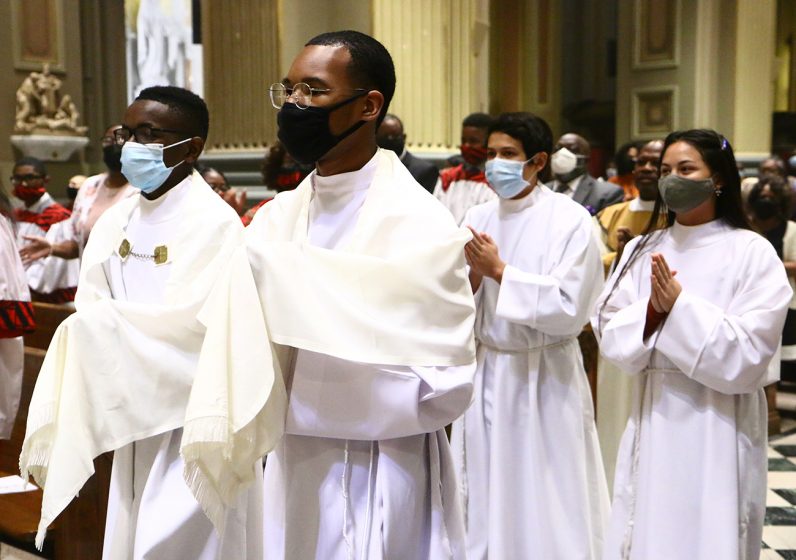 NEXT: ‘Debit of gratitude’ spurs faithful to honor veterans