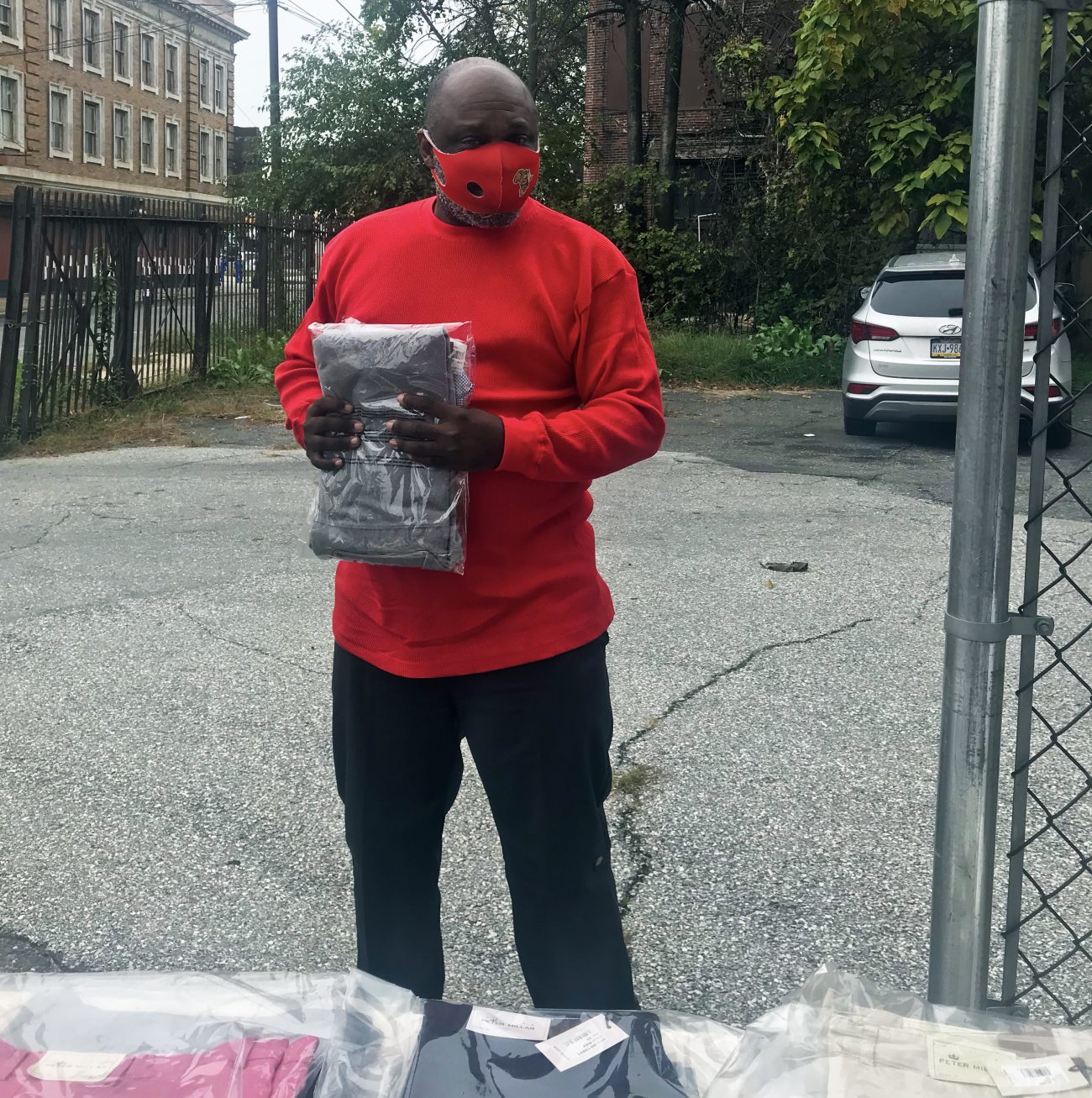 Several area men are now dressed for the season, thanks to a partnership between archdiocesan Catholic Social Services (CSS) and a few PGA golf professionals.

Golfers Lauren and Charlie Schuyler founded PFCF as a way of repurposing the sports attire and giveaways they had accumulated during their playing careers. To date, the organization has collected and channeled some 216,000 pounds of clothing in the U.S. and abroad.

Items of new and gently worn clothing from more than 10 boxes provided by PFCF were handed out on a first-come, first served basis at the CSS event.

Honor Blackburn, assistant administrator of CSS’s Chester site, said she was pleased by the “good turnout,” adding that she and her team “will do an event for women and children when we receive more clothing for that target population.”

The next distribution is tentatively scheduled to take place sometime this month.

Since the onset of the pandemic, CSS’s six family service centers (all beneficiaries of the annual Catholic Charities Appeal) have provided critical support and emergency assistance — including food, diapers and social services — to those in need throughout the five-county archdiocesan area.

NEXT: Hundreds of faithful join in prayer for Election Day