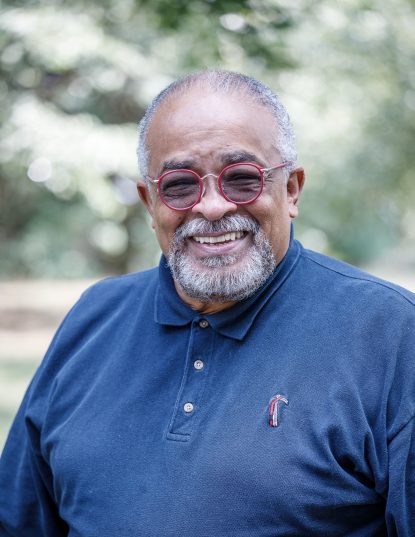 Deacon Art Miller poses for a photo Sept. 15, 2020. For the past 10 years, Deacon Miller has been assigned to St. Mary Church in Simsbury, Conn., in the Archdiocese of Hartford. He is a spiritual director and mentor and works with former gang members. (CNS photo/Aaron Joseph, Catholic Transcript)

HARTFORD, Conn. (CNS) — Deacon Art Miller, a cradle Catholic whose grandparents moved from Baton Rouge, Louisiana, to the South Side of Chicago, grew up in a segregated society during the 1950s.

He was friends with Emmett Till, the 14-year-old who was brutally murdered in Mississippi after being accused of whistling at a white woman.

Deacon Miller remembers leaving Mass after the white pastor said he did not want Black people coming to his church.

“It was 1957. We were walking home, and my mother was squeezing my hand and muttering, ‘That man is not going to throw me out of my church,'” he recalled in an interview with the Catholic Transcript, magazine of the Archdiocese of Hartford.

From then on, his mother, Helen, started attending daily Mass, sitting in the front pew.

“That’s how we were,” Miller said. “And I began to understand we had to fight to be Catholic … and no one was going to prevent me from being Catholic.”

When Deacon Miller thinks about the Good Shepherd, what comes to mind isn’t an image of Christ with a sublime lamb draped over his shoulder.

“I think of this very strong man with a frightened sheep clinging to his neck,” he said. “The shepherd has strong arms, battling the horrid beasts of hell, and there is a determination on his face as he beats them off.”

The image of God who protects and saves is part of the fabric of Black Catholicism, Deacon Miller said.

His story is among those being highlighted in the Archdiocese of Hartford and nationwide during November, which the Black Catholic Clergy Caucus designated as Black Catholic History Month in 1990.

Former head of the Office for Black Catholic Ministries for the Archdiocese of Hartford, Deacon Miller is an author, radio host and retired businessman who has preached throughout the country about Christ’s call to “radical love.”

During the civil rights movement, he heard the Rev. Martin Luther King Jr. speak in Chicago and was arrested while marching against segregation. That commitment to achieve justice continues today.

To Deacon Miller, racism is “human hatred that is the result of what happens when one group seeks power by dehumanization.” Like Rev. King, he said, Christians cannot be silent in the face of injustice.

Deacon Miller, a Vietnam vet, and his wife, Sandy, settled in Hartford after his job with an insurance company took them around the country for years. The family joined St. Michael Church, now St. Justin-St. Michael Parish.

He later began an investment advisory firm in upstate New York, which required him to travel 200 miles one way. He decided to become a deacon during the long trips, during which he would pray the rosary.

For the past 10 years, he has been assigned to St. Mary Church in Simsbury, Connecticut. He is a spiritual director and mentor and works with former gang members. His ministry includes assisting homeless people find housing.

Like Deacon Miller, Vernette Townsend proudly celebrates her life as a Black Catholic. Her parents, Gencadonaida and Rupert, came to America from the Caribbean in the 1950s seeking a better life. She recalled being raised in the north end of Hartford and going to Mass at St. Michael Church.

“My parents came here with a grateful heart that they could live freely and follow all their dreams,” Townsend said.

Growing up in a family that nurtured her faith, Townsend also received encouragement from the priests and women religious she met at church and during 12 years of Catholic education.

“For them to come into the north end of Hartford and to be pastors of a poor church meant something special was driving them,” she said. “The Catholic Church always had a mission to the poor. They came into the urban settings and they did programs.”

That encounter has “driven me to where I am now,” said Townsend, who is chief nursing officer at St. Mary’s Hospital/Trinity Health of New England in Waterbury, Connecticut, and a leader in evangelization, catechesis and community service at St. Justin-St. Michael Parish. 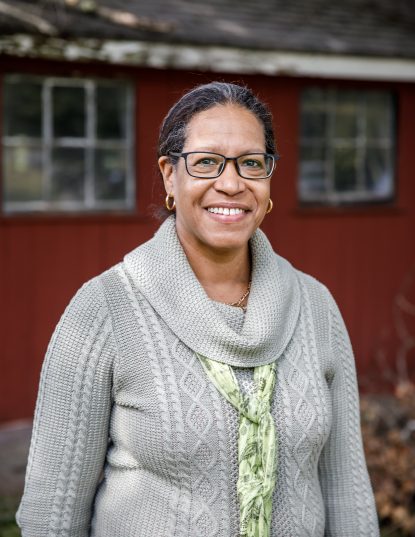 She said she also believes the country is in a period of awakening about racism and inequality.

“People tend to say, ‘What about the racism in the Catholic Church? They’re not welcoming to Black and brown people.’ But that’s not true,” Townsend said. “I’m telling you, that’s not true. … We are able to practice our faith in St. Justin-St. Michael with our culture.”

As a senior in high school, he decided to join the Catholic Church. His father was Baptist and his mother was Catholic.

“At the time, I just wanted to know God a little bit better,” he recalled. “I didn’t really know much about who God was and I was seeking him.”

He began attending St. Joseph Church in Ansonia, Connecticut, and the pastor, Father Mitchell Wanat, guided him in the faith and eventually baptized him and gave him his first holy Communion.

“At the time, I had never met a black Catholic,” he said. “I never met an African American priest or deacon. The only place I saw them was on the internet and EWTN.”

He was also surprised to discover there were no Black saints displayed in the church, although he was aware of St. Martin de Porres and Father Augustus Tolton, a former slave who was the first African American to be a priest in the United States and often faced rejection because of his race.

Butler, now 24, prayed to Father Tolton, a candidate for sainthood, for the perseverance to stay faithful to the church that he learned to love even though he didn’t always feel welcome.

At a Rev. Martin Luther King observance at the Macedonia Baptist Church in 2015, he met Father James Sullivan, then pastor of Church of the Assumption in Ansonia. Butler was considering the priesthood, then. 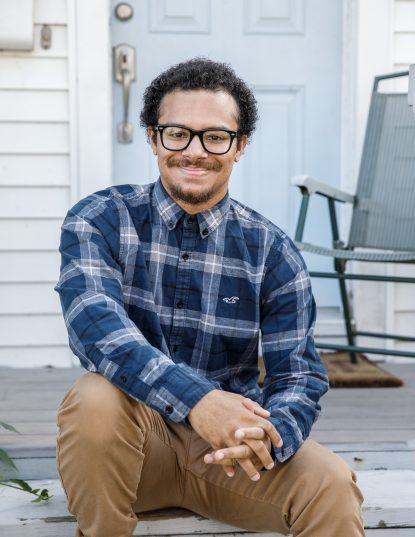 Marcus Butler poses for a photo Sept. 13, 2020. Butler, 24, decided to join the Catholic Church when he was a senior at Ansonia High School in Ansonia, Conn. (CNS photo/Aaron Joseph, Catholic Transcript)

“Father Sullivan really helped me out,” Butler said. “He knew I was discerning. I still am, but not for the priesthood, for the religious life. I was concerned about my African American culture and wanted to know more about Black Catholics because, at the time, I had never met one.”

He said he did not feel entirely comfortable in predominantly white churches.

“I felt people were looking at me and asking themselves, ‘Does he belong here? Is he lost? Is he visiting?'” Butler said. Father Sullivan helped him build relationships, and he began to serve at daily Mass and study the heritage of Black Catholics.

“I wondered whether people really cared about my culture,” he said. “I watched YouTube videos about African American saints and realized I couldn’t give up. I had to be like Father Tolton, who fought through much worse.”

Butler’s discernment has led him to Mexico and Los Angeles, where he visited the Missionaries of Charity Fathers and Brothers and witnessed their ministry with poor, homeless and infirm people.

“When I went to Los Angeles and saw the tents lined up on the streets, I knew this is what I was called to do. I want to serve the poor and devote my life to them,” he said.

“During my last days there, I fed an African American veteran under a bridge, and he said, ‘You know what, kid? Your smile really helped me a lot.’ That touched me, and I knew this is what I have to do.”

Pisani writes for the Catholic Transcript, magazine of the Archdiocese of Hartford.

NEXT: Catholic dioceses cope with new limits as virus soars in U.S., Canada