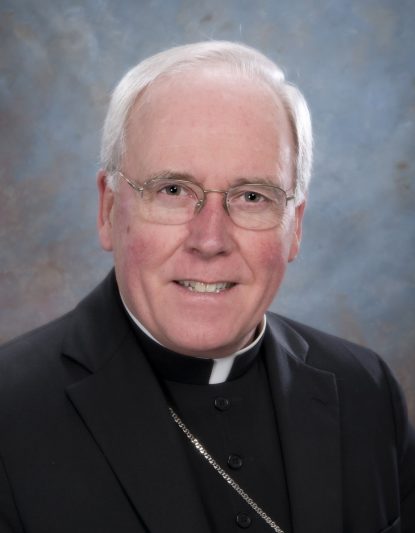 The suit alleges a two-decades-long cover-up of how the diocese failed to deal with numerous priests accused of alleged sexual abuse.

The goal of the 218-page lawsuit aims to establish an “independent review” of the diocese’s “response to alleged sexual abuse; require reporting to the attorney general for a period of five years; and mandate external oversight of “an appropriate remedial and compliance plan.”

It seeks to ban Bishops Malone and Grosz from working in “future service in a secular role as a director or officer of any charitable organization” in New York. The suit also seeks damages and restitution. The investigation by the state started in September 2018.

The lawsuit also names Bishop Edward B. Scharfenberger of Albany in his capacity as apostolic administrator of Buffalo. Bishop Scharfenberger took over control of the diocese in December 2019 after Bishop Malone resigned.

In February of this year, faced with over 250 lawsuits at the time alleging clergy sex abuse, the Diocese of Buffalo filed for Chapter 11 bankruptcy protection.

The lawsuits were the product of New York state’s Child Victims Act, which allows victims to seek action against their abusers until they are 55 and opened a one-year look-back window in August 2019 for people who were sexually abused to seek civil action against their alleged abusers. The Child Victims Act’s deadline for filing these look-back cases has been extended to Aug. 21.

“We will be reviewing this lawsuit just announced by the New York attorney general and weighing the diocese’s response,” said Greg Tucker, spokesperson for the Diocese of Buffalo. “In the meantime, we wish to reiterate that there is zero tolerance for sexual abuse of a minor or of sexual harassment of an adult in the diocese of Buffalo by any member of the clergy, employee or volunteer.”

He added: “The diocese has put in place rigorous policies and protocols governing required behavior as well as a code of conduct which all clergy are expected to abide by. Moreover, the diocese has committed to full cooperation with all civil authorities in both the reporting and investigation of alleged crimes and complaints.” 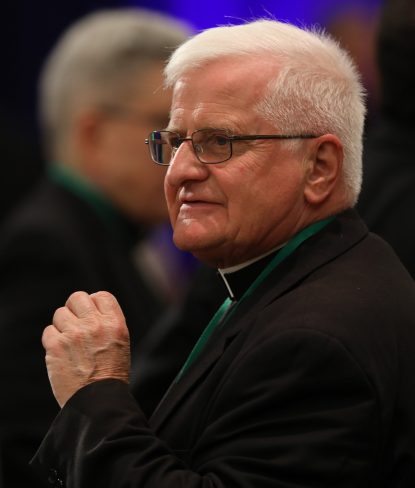 The lawsuit against the Diocese of Buffalo comes after the Vatican’s Nov. 10 release of the McCarrick report, which detailed how the church overlooked sexual misconduct by former cardinal Theodore McCarrick for decades.

Like the report, the lawsuit alleges an insular culture where protection of the church’s image was greater than protecting those who were abused.

The suit alleges that after the U.S. Conference of Catholic Bishops adopted the “Charter for the Protection of Children and Young People” in 2002, for which Bishops Malone and Grosz voted in favor, the Buffalo Diocese failed to live up to the charter, including the “zero tolerance” policy that was established when a priest admits to or it is determined that he was involved in “a single act of sexual abuse.”

In 2002, Bishop Malone was an auxiliary bishop of Boston, then was bishop of Portland, Maine, from 2004 until he was named to Buffalo.

Bishop Grosz was ordained an auxiliary bishop for Buffalo Feb. 2, 1990. After he turned 75 on Feb. 16 of this year, he turned in his resignation to the pope, as required by canon law. Pope Francis accepted his resignation in March.

The lawsuit further alleges the diocese:

— failed to seriously investigate the alleged abuse and to take appropriate and timely action in referring the priests to the Vatican Congregation for the Doctrine of the Faith for removal; no priests were referred to the CDF until 2017;

— failed to keep in contact with those priests, some of whom went to other ministries and dioceses;

— continued to pay a monthly stipend to the “unassignable” priests as well as pay for their health insurance;

— and misled the public with false or inaccurate statements about how it handled the abuse.

Matvey is a staff writer at The Evangelist, newspaper of the Diocese of Albany.

NEXT: Catholics see plenty to be grateful for on Thanksgiving even amid pandemic