U.S. Catholics weigh in with mixed reaction on Biden win 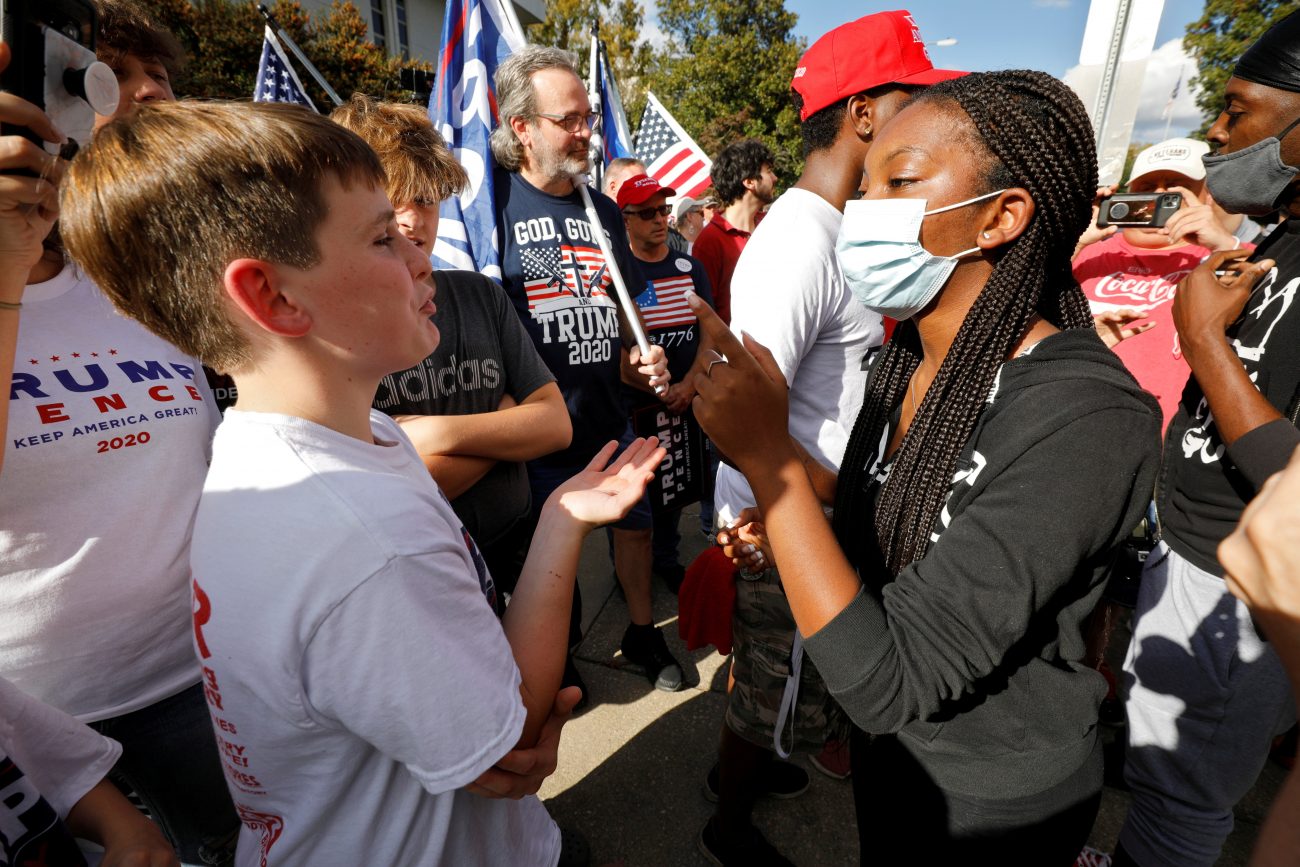 WASHINGTON (CNS) — The bishop of the Delaware Catholic diocese where the nation’s future 46th president has worshipped for decades offered his congratulations Nov. 8, as well as hopes that voters set aside political differences and heed the Gospel’s call for unity.

“Today I congratulate President-elect (Joe) Biden. We all must pray for the president-elect and President (Donald) Trump during this time of transition and we look to the future with hope that as one nation under God, we will continue be a beacon of freedom and prosperity to the world,” said Bishop W. Francis Malooly of Wilmington, Delaware, in a statement.

“No matter where we might fall on the political spectrum, we must seize this moment as an opportunity to begin to heal the crippling divisions in our great nation,” he said. “These fractures were forged over decades and reconciliation will take time and patience.”

Change begins, he said, “with each of us.”

Likewise, organizations such as the Catholic Health Association of the United States, through its CEO and president, Mercy Sister Mary Haddad, offered prayers “for the renewal of cooperation.”

“As people of faith, we join the voices of those working to unify our country and look forward to working with the new administration to promote the common good for all,” said Sister Haddad. “We take great pride that upon his inauguration, he will be the second Catholic ever elected to the highest office in the country. ”

She offered cooperation from the organization in dealing with tasks ahead, citing the “profound crisis” of the coronavirus pandemic that has left more than 237,000 dead in the U.S. and millions unemployed.

The social justice organization Pax Christi USA expressed wishes that Biden and his running mate, Vice President-elect Kamala Harris, “might be guided by a commitment to pursue the ‘things that make for peace,'” citing the Gospel of Luke, adding that justice “must be the foundation of efforts toward reconciliation and healing.”

Cardinal Blase J. Cupich of Chicago said that “as we now have the results of the election, it is good to remember that our strength in America lies in our unity.”

“We commend all who had the courage to compete in the electoral process and participate in our democracy,” the cardinal said. “We pray that the Lord will enlighten and sustain those elected in their service to all the people of our country.

“Let us also ask God to free our hearts of regrets and resentments, of pride and contemptuousness. Particularly in this time of pandemic, we must set aside whatever partisan concerns have divided us and turn our energy and passion to serving the common good.”

However, some Catholics and other organizations weren’t ready yet to accept the projection of Biden as the winner.

Bishop Michael F. Olson of Fort Worth, Texas, said in a Nov. 8 statement that this was “a time for prudence and patience since the results had not been authenticated.”

However, it is typical to project the winner before results are certified, which can take from days to weeks depending on the state. The same process took place in 2016 when Trump was projected as the winner and also took place in previous presidential elections.

Republicans and Democrats have been currently projected winners in the various races for political offices around the country. Organizations project winners as initial vote counts show whether certain candidates have viable paths to victory left.

Bishop Olson in his statement, in English and Spanish, referenced the president’s upcoming legal challenges to the vote count.

“It appears that there will be recourse made in the courts so it is best for us in the meantime to pray for peace in our society and nation and that the integrity of our republic, one nation under God, might be maintained for the common good of all,” he wrote.

“We need to pray for each presidential candidate, that each will maintain a commitment to just and due process in accord with right reason and the rule of law for the sake of justice and peace,” Bishop Olson added.

Even a former Italian nuncio to the United States, who frequently attacks the pope, weighed in alleging fraud, repeating an accusation made by President Trump.

However, even the president’s supporters at Fox News asserted the Biden win Nov. 7 and said in a newscast after the race was called they hadn’t seen evidence of widespread fraud.

Other Trump supporters, including Sen. Ted Cruz, R-Texas, and Sen. Lindsey Graham, R-South Carolina, said Trump has a constitutional right to take his grievances to the courts.

The day after the results were announced, the president of the U.S. Conference of Catholic Bishops, Archbishop José H. Gomez of Los Angeles, congratulated Biden on the win.

“We thank God for the blessings of liberty. The American people have spoken in this election,” Archbishop Gomez said. “Now is the time for our leaders to come together in a spirit of national unity and to commit themselves to dialogue and compromise for the common good.”

Catholics have a special duty to be peacemakers, Archbishop Gomez said, “to promote fraternity and mutual trust, and to pray for a renewed spirit of true patriotism in our country.”

“As we do this, we recognize that Joseph R. Biden, Jr., has received enough votes to be elected the 46th president of the United States,” he said. “We congratulate Mr. Biden and acknowledge that he joins the late President John F. Kennedy as the second United States president to profess the Catholic faith.

“We also congratulate Sen. Kamala D. Harris of California, who becomes the first woman ever elected as vice president.”

The views reflected the divisions among U.S. Catholics over the two candidates. Among Catholics, news agency AP in its VoteCast showed ballots cast were split between the two, with 50% of Catholics backing Trump and 49% Biden, who received majority support from Latino Catholics, the second largest ethnic group in the church in the U.S.

NEXT: USCCB president apologizes to clergy abuse victims as report is released