In Turkey, parishioners safe, but iconic cathedral damaged after quake 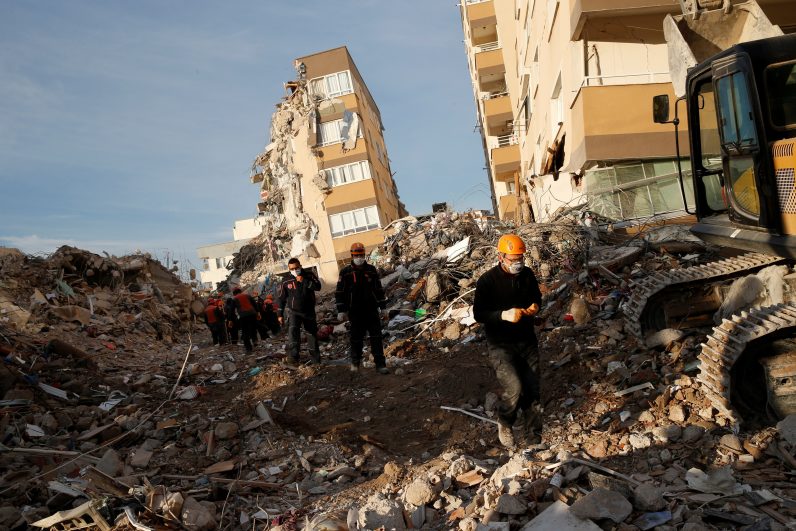 AMMAN, Jordan (CNS) — A Catholic priest expressed gratitude that parishioners are safe, but their iconic cathedral sustained damages from a powerful earthquake that struck Turkey’s western city of Izmir Oct. 30.

The deadliest tremor to hit Turkey in nearly a decade killed at least 115 people, including two teenagers on the nearby Greek island of Samos. The magnitude 7 quake injured more than 1,000 people in coastal Izmir. Several people have been rescued from the rubble of crushed apartment buildings, including a 70-year-old man and a 3-year-old girl.

“Thanks be to God, there were no injuries. We just got so scared,” Father Ugo De Rosa, rector of St. John Cathedral, told the Catholic News Service.

St. John Cathedral is dedicated to St. John the Evangelist, who wrote about the seven historic churches mentioned in the last biblical book of Revelations. The Christian community of Smyrna, known today as Izmir, is one of the oldest in the world. 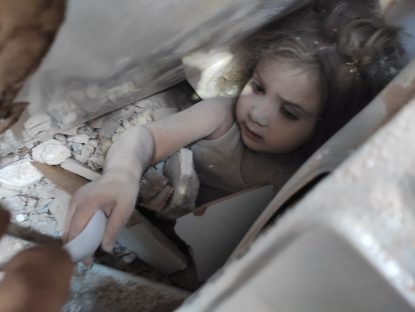 “The damage to the cathedral is quite serious. With the experts, we are verifying the extent of the damage. The restoration work will take a long time. This is not good for Izmir’s small Christian community,” Father De Rosa said of the cathedral that ministers to both the area’s Turkish and foreign communities.

Completed in 1874, the cathedral is considered the most important Catholic place of worship in Turkey’s Asia Minor, as it is the seat of the metropolitan archbishop.

No victims or injuries were reported among the area’s Christian community, Father De Rosa said. However, some were forced “to leave their homes due damages” incurred by the quake. There are about five other Catholic churches in the Izmir Diocese and a number of them suffered minor damages, he added.

“The Church of St. Polycarp, which is the oldest church in Izmir, has suffered serious damage,” Father De Rosa said.

Pope Francis offered prayers for people in Turkey and Greece impacted by the earthquake during his Angelus prayer in St. Peter’s Square Nov. 1. Meanwhile, Catholic Relief Services is providing needed humanitarian assistance through its partner organization, the Charity and Solidarity Foundation.