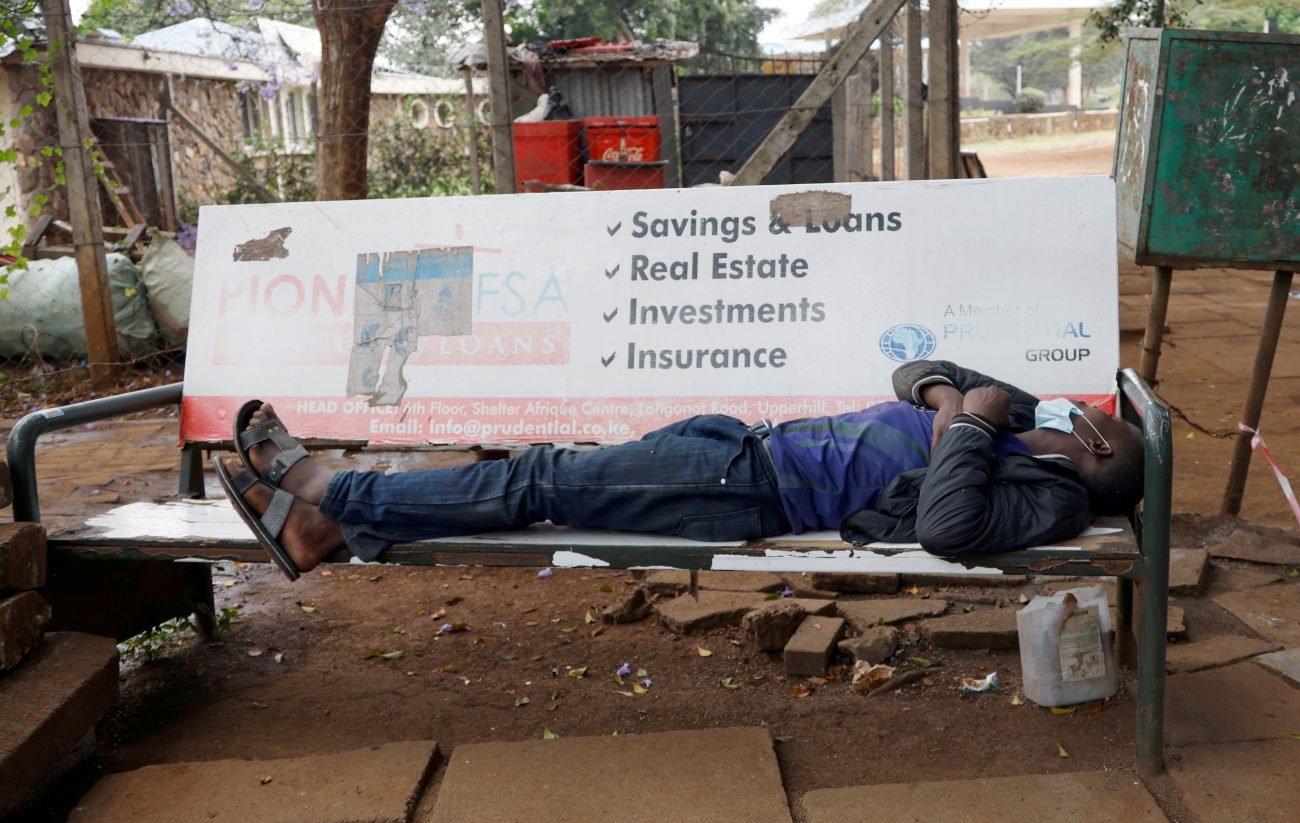 A man wearing a protective mask sleeps on a park bench in Nairobi, Kenya, Oct. 18, 2020, during the COVID-19 pandemic. (CNS photo/Thomas Mukoya, Reuters)

The bishops’ comments came as the country debated the report, which proposes major constitutional, administrative and policy changes in the East African nation. It will be subjected to a national referendum sometime next year.

But the bishops are concerned that issues such as reconciliation and healing, restoration of values, democratic governance, and economic recovery and services are missing from the report.

“At this point, we want to strongly remind all actors, including ourselves as bishops, that this process has serious implications for the future of this country. The constitutional administrative and policy recommendations in the document ought to be seen in the light of discernment,” Archbishop Philip Anyolo of Kisumu, chairman of the Kenya Conference of Catholic Bishops, said during a news conference in Nakuru Nov. 12.

The bishops warned that, if the report is implemented as it is, it would expand the executive, failing to tame the winner-take-all structure and create an imperial president. It would also bloat parliament, exacerbating the tax burden for the citizens currently paying 94 senators and 363 legislators, they said.

“There is no reason why we should have such a large number of legislators. We do not want more government, but better government,” said Archbishop Anyolo.

The report proposes that political parties appoint members to the electoral commission, but the bishops warn the move would politicize the commission and compromise its independence.

They also expressed concern that the proposed changes to the administration of the police force would turn Kenya into a police state.

Kenyans must have a chance “to review the report with regard to some of the issues raised,” said Archbishop Anyolo. “It is our recommendation … that any amendment to improve the report should still be listened to.”

With the COVID-19 pandemic damaging the economy, bishops are also questioning the rationale behind a referendum. They fear funding it only 18 months before the general elections would further damage the economy.

“In the wake of the persisting effects of the COVID-19 pandemic that has hit families across the country, is this the time to subject Kenyans to heightened political activity?” asked Bishop John Oballa Owaa of Ngong, vice chairman of the bishops’ conference.