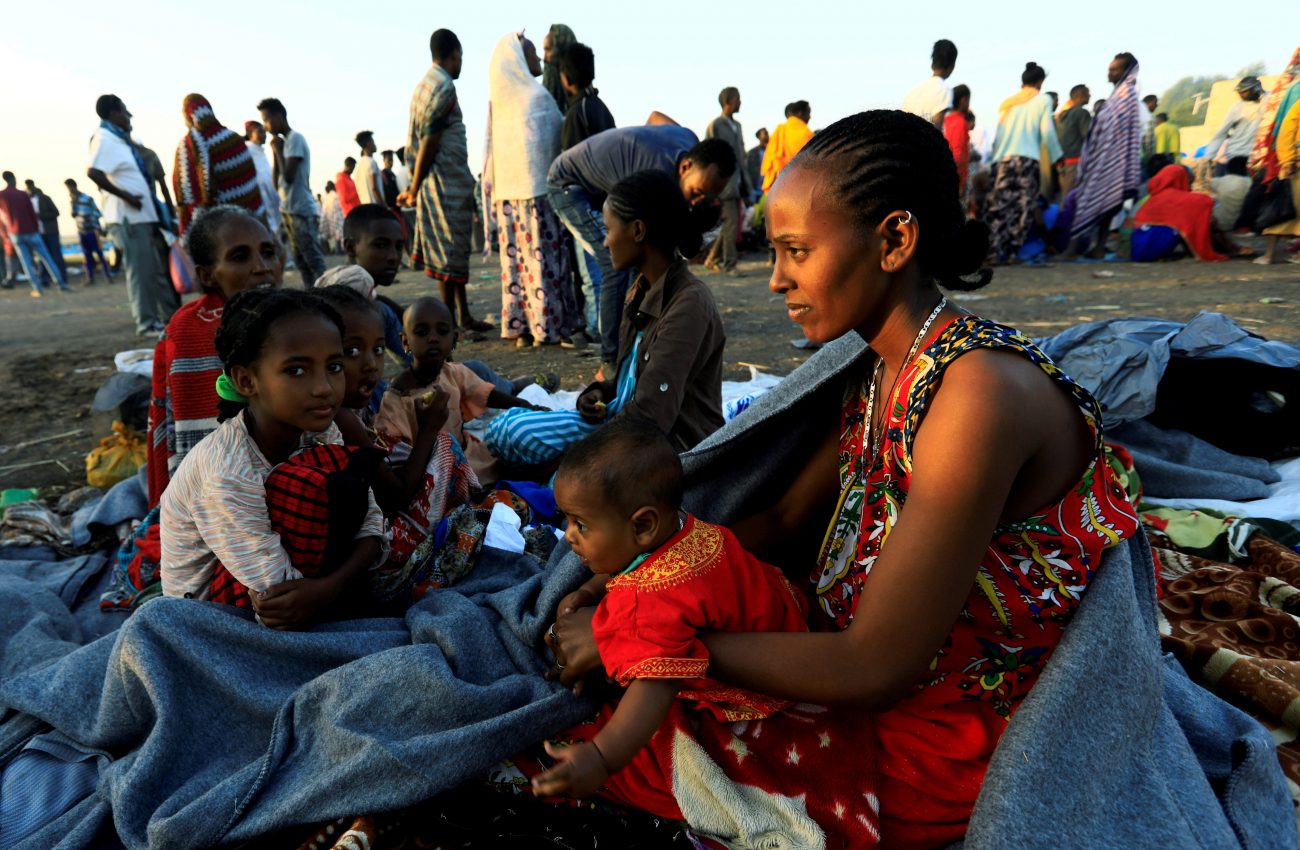 Ethiopian women who fled the ongoing fighting in the Tigray region of Ethiopia are pictured in Sudan Nov. 22, 2020. Pope Francis appealed for peace in Ethiopia Nov. 27 after fighting broke out in the Tigray region between government forces and the Tigray People's Liberation Front. Hundreds of people were killed and tens of thousands of people fled to neighboring South Sudan. (CNS photo/Mohamed Nureldin Abdallah, Reuters)

“The Holy Father, in calling for prayer for this country, appeals to the sides in the conflict to stop the violence, to safeguard lives, especially those of civilians, and to restore peace to the people,” Matteo Bruni, Vatican spokesman, said in a statement Nov. 27.

In early November, Ethiopian Prime Minister Abiy Ahmed ordered the country’s military to launch an offensive after forces belonging to the Tigray People’s Liberation Front, a political party loyal to the regional government, took over a military base.

According to the BBC, tensions between the government and the Tigray People’s Liberation Front, known as TPLF, reached an all-time high after the central government postponed the August 2020 elections in Ethiopia to mid-2021 due to the COVID-19 pandemic.

The pope’s message echoed the sentiments of U.N. Secretary-General Antonio Guterres, who expressed his concern over an imminent attack by government forces on the Tigray capital, Mekele.

In a statement Nov. 24, Guterres called on Ethiopian government authorities to “do everything possible to protect civilians, uphold human rights and ensure humanitarian access for the provision of much-needed assistance.”

According to the office of the U.N. High Commissioner for Refugees, more than 40,000 Ethiopian refugees have fled into neighboring Sudan.

The day after the pope’s message, Abiy announced that government forces had taken control of Mekele. However, TPFL leader Debretsion Gebremichael vowed to continue fighting.

In a series of text messages sent to the Reuters news agency and published Nov. 28, Debretsion said the conflict was “about defending our right to self-determination.” He also claimed that TPFL forces shot down an Ethiopian military plane and have reclaimed the northern town of Axum.

During his Sunday Angelus address Nov. 8, Pope Francis had called for the Ethiopian government and TFLP leaders to “reject the temptation of armed conflict” and appealed for “prayer and fraternal respect, dialogue and the peaceful resolution of discord.” 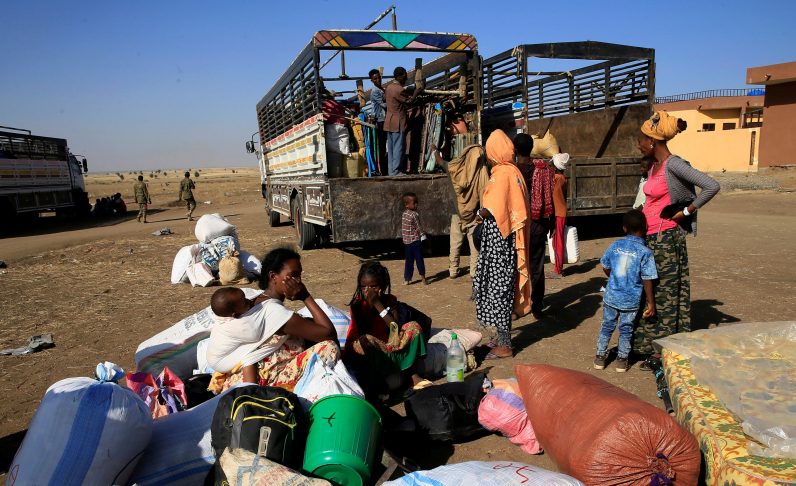 Ethiopians who fled the ongoing fighting in the Tigray region prepare to board courtesy trucks in Hamdayet on the Sudan-Ethiopia border Nov. 22, 2020. Pope Francis appealed for peace in Ethiopia Nov. 27 after fighting broke out in the Tigray region between government forces and the Tigray People’s Liberation Front. Hundreds of people were killed and tens of thousands of people fled to neighboring South Sudan. (CNS photo/Mohamed Nureldin Abdallah, Reuters)