U.N. calls for governments to act after shipwreck kills 74 migrants 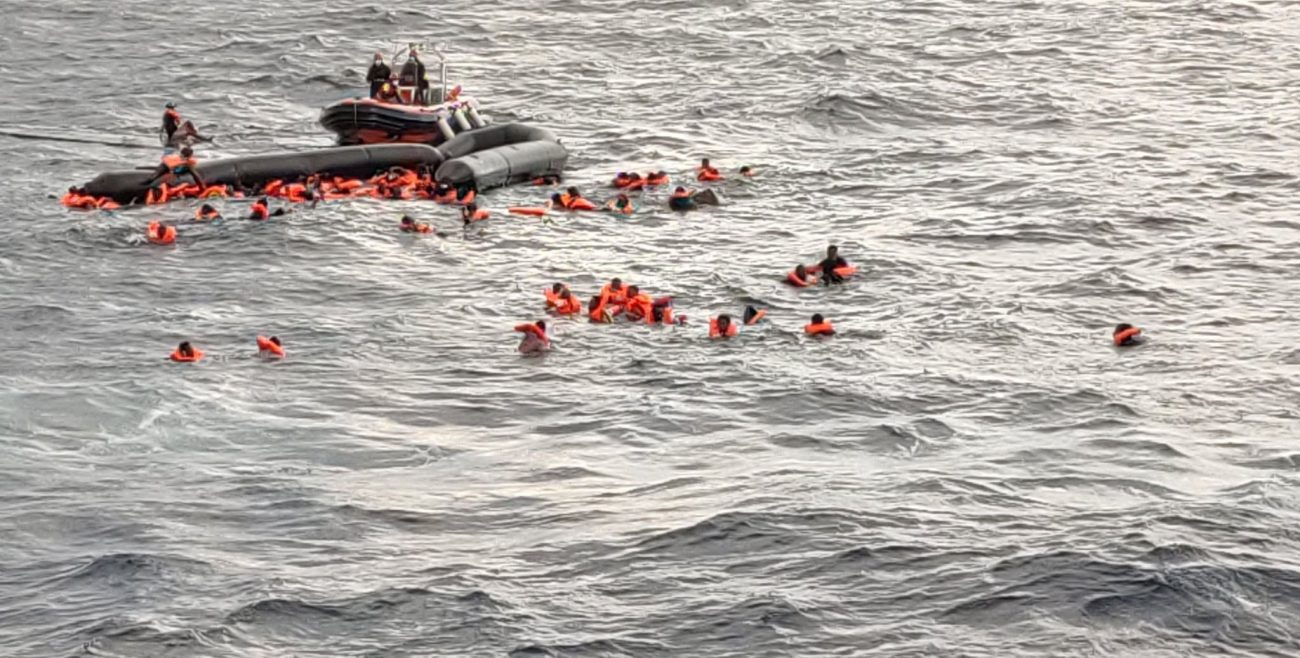 A still image taken from a video shows migrants at sea waiting to be rescued by Spanish search-and-rescue ship Open Arms in the Mediterranean Sea Nov. 11, 2020. (CNS photo/Open Arms handout via Reuters)

ROME (CNS) — The United Nations migration agency renewed its call for increased search and rescue efforts after another tragic shipwreck in the Mediterranean Sea claimed the lives of 74 migrant men, women and children.

According to the U.N. International Organization for Migration, also known as IOM, a boat carrying more than 120 people capsized off the coast of Khums, Libya, Nov. 12.

It was the third fatal incident in less than a week: a migrant vessel shipwrecked Nov. 10, killing 13 people; and the next day, a boat capsized, killing six migrants, including a 6-month-old baby.

“The mounting loss of life in the Mediterranean is a manifestation of the inability of states to take decisive action, to redeploy much needed, dedicated search and rescue capacity in the deadliest sea-crossing in the world,” Federico Soda, IOM’s Chief of Mission in Libya, said Nov. 12.

“We have long called for a change in the evidently unworkable approach to Libya and the Mediterranean, including ending returns to the country and establishing a clear disembarkation mechanism followed by solidarity from other states,” he said. “Thousands of vulnerable people continue to pay the price for inaction both at sea and on land.”

The latest drownings came less than a month after Doctors Without Borders denounced European governments for allegedly preventing nongovernmental organizations from conducting search and rescue missions in the Mediterranean “in a sustained campaign to criminalize saving lives.”

The organization said five vessels they support with medical teams have been detained in recent months, including the Sea-Watch 4 vessel, which has been detained since Sept. 19 at a port in Palermo, Sicily.

“Italian authorities are holding Sea-Watch 4 on 22 apparent ‘irregularities,’ including ‘systematically’ saving people and having too many life jackets on board,” Doctors without Borders said Oct. 16. “However, rescue ships are routinely held hostage by unrealistic standards; it seems these inspections have only one goal: to discriminatorily block NGOs from rescuing people at sea.”

According to Italy’s Ministry of the Interior, the country has seen a sharp increase in migrants landing on its shores. As of Nov. 12, an estimated 30,978 migrants, including nearly 4,000 unaccompanied minors, have landed since January, compared to a total of 9,944 people in 2019.

“So far, this year, at least 900 people have drowned in the Mediterranean trying to reach European shores, some due to delays in rescue,” IOM said.

NEXT: Fifth storm in three weeks leaves Filipinos trapped in houses, on roofs