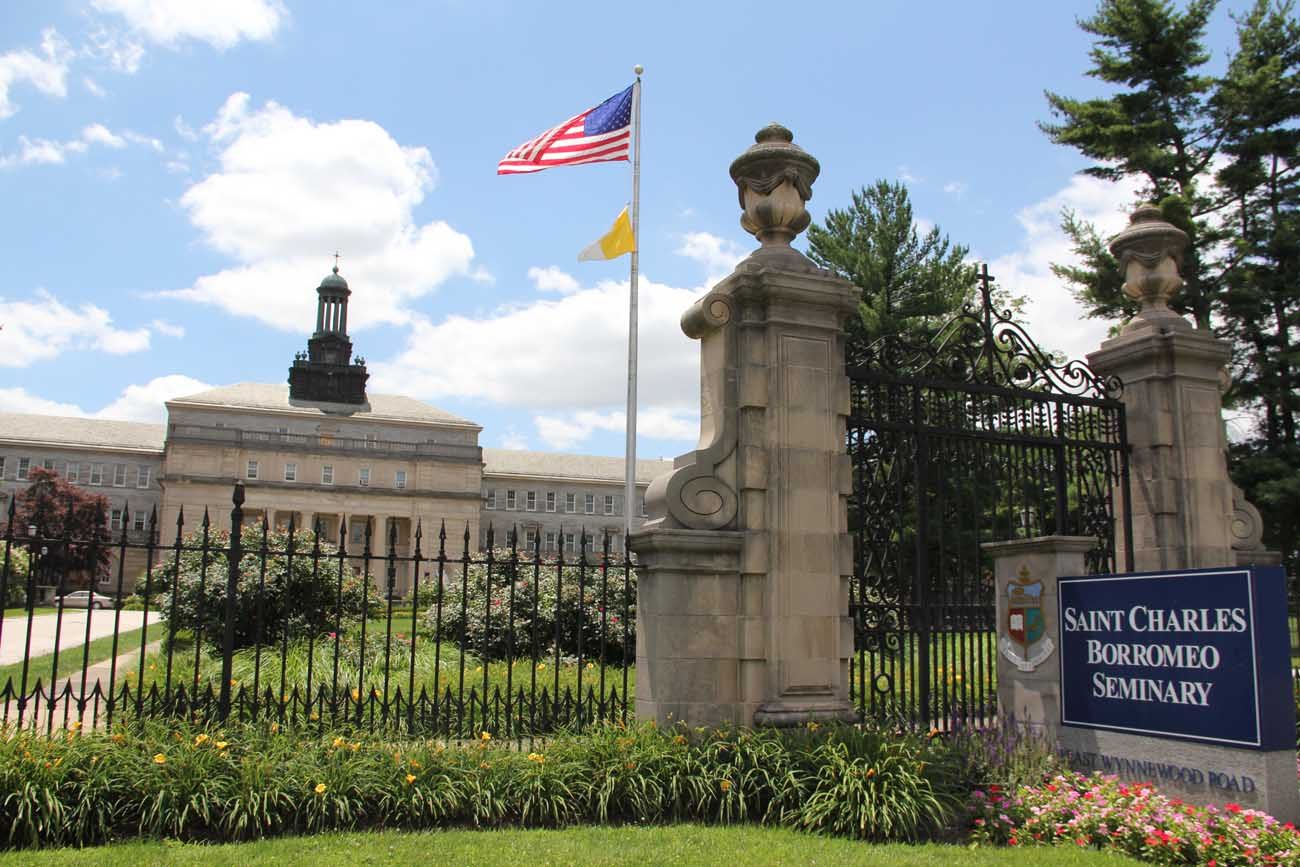 Gwynedd Mercy University and St. Charles Borromeo Seminary have agreed to take the first steps toward relocating the seminary’s programs on the university’s Lower Gwynedd Township, Montgomery County campus, according to a letter by the institutions’ leadership sent to clergy of the Archdiocese of Philadelphia Wednesday, Dec. 9.

The letter calls for relocating the seminary 20 miles north from its longtime home in Wynnewood, which was sold last year to Main Line Health, to a 15-acre tract on the north side of the Gwynedd Mercy campus.

The plot now houses two university buildings, Alexandria Hall and Visitation House, used for residential housing and campus ministry functions. Those functions would be transitioned to others buildings on Gwynedd Mercy’s campus, according to the letter.

While the letter noted “many contingencies will need to be satisfied before any plans could move forward,” it estimated the sale will be concluded in “approximately two to three years if all of the conditions are met.”

When the sale of the seminary’s Wynnewood property closed in May 2019 for a reported $43.5 million, according to financial statements, the seminary had a window of up to five years to relocate its programs. A possible conclusion of the transaction in 2023 could be accomplished within that time frame.

No terms of the agreement with Gwynedd Mercy including an estimated price of the transaction or total anticipated costs for moving the seminary’s programs were divulged in the letter.

“Following a period of due diligence, the next step in the process is to execute a final agreement of sale,” the letter read. “We will share more specifics on the seminary’s plans for the property at that time.”

While the two institutions will maintain separate identities, programs and governance on the one campus, in the future “it might make sense to explore potential synergies,” the letter read. 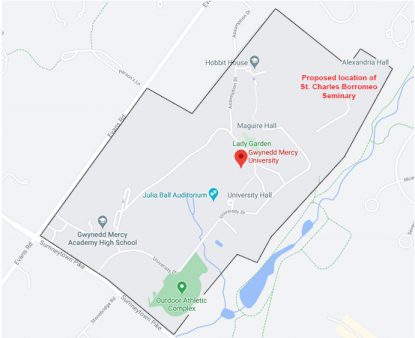 An illustration shows the Gwynedd Mercy University campus with a proposed location for St. Charles Borromeo Seminary, according to a letter of intent between the two institutions to explore a relocation plan for the seminary from its current Wynnewood location. (via Google Maps)

Both D’Emilio and Bishop Senior said they were “excited about the potential long-term benefits for our students and the community by having two respected Catholic institutions work and live in proximity to each other.”

The move to Gwynedd would culminate an approximately eight-year process to relocate the seminary. Its program of priestly formation began in 1832 in the bishop’s rectory in Philadelphia, and was moved to other locations before settling into Wynnewood – first with the Theology Division in 1871 and the College Division in 1929.

Plans stirred in 2017 to relocate to a plot on the campus of Neumann University in Delaware County. A letter of intent was signed in 2019 with the Sisters of St. Francis, who sponsor the university, to develop 45 acres for $2 million.

But that plan fell through, and attention turned to available space at Gwynedd Mercy University.

Based on the projected cost of developing a campus in Delaware County, the significantly smaller tract in Gwynedd likely would be lower in cost as well.

Clearly a smaller institutional footprint than the 75-acre Wynnewood seminary campus with its 630,000 square feet of space in 19 buildings is needed for St. Charles Seminary’s priestly formation programs of the current time.

At the start of this academic year a total 156 seminarians from several dioceses and religious orders plus the Archdiocese of Philadelphia are enrolled at St. Charles, with 74 studying for Philadelphia in all programs.

Living space at the new location would accommodate at current levels the 19 seminarians studying for Philadelphia in the College Division (years I-IV) and the 26 Philadelphians in Theology (years I-IV), in addition to men from other dioceses and religious orders.

The Spiritual Year accommodates 11 Philadelphia seminarians from its base at St. Matthew Parish, Conshohocken, Montgomery County.

PREVIOUS: Youth journey together (with experienced guides) through Advent series