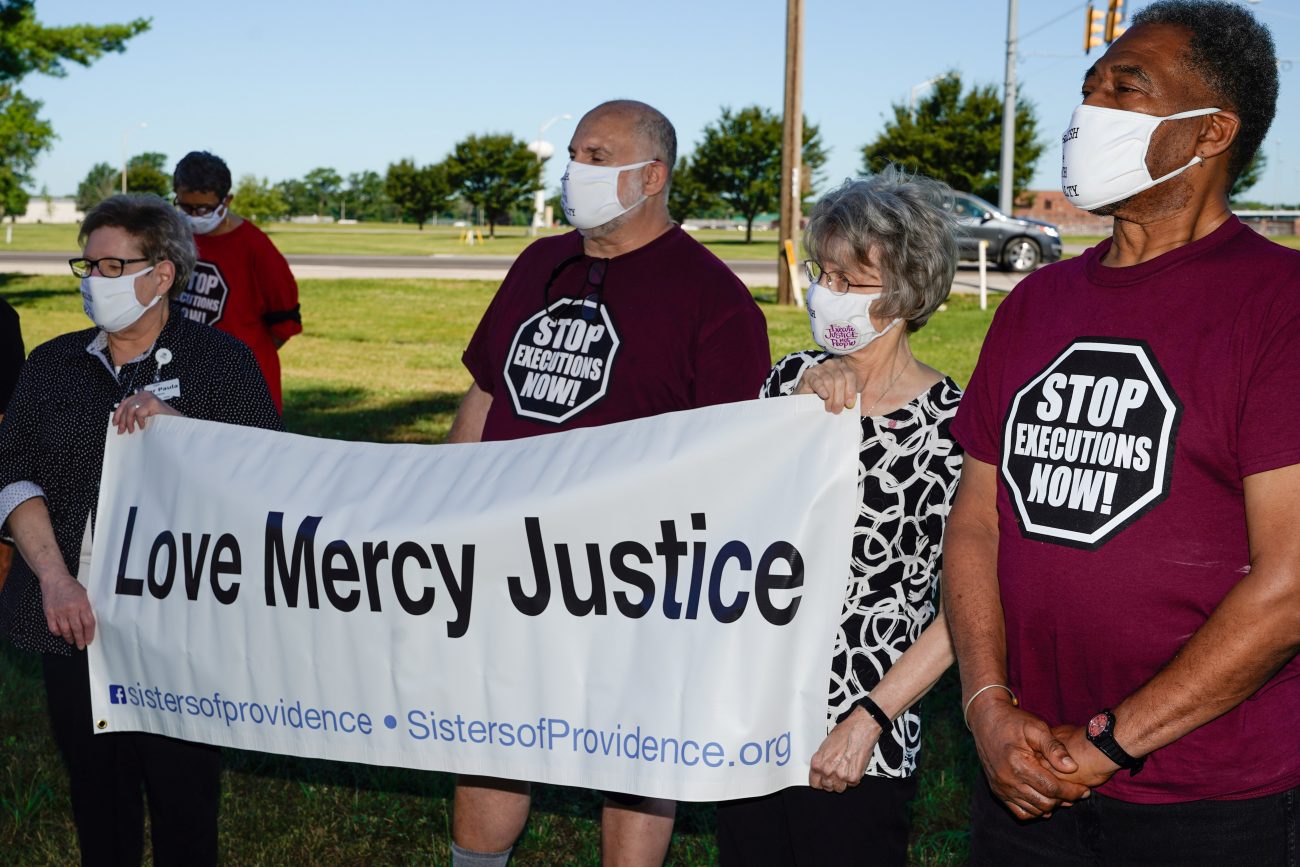 WASHINGTON (CNS) — A new report Dec. 16 by the Death Penalty Information Center said the use of capital punishment reached a historic low this year in the United States even with the return of federal executions by the Trump administration.

Seventeen people were executed in 2020, down from 22 in 2019. This lower figure stems in part from the coronavirus pandemic, but the report also notes that before the pandemic struck, the nation was set for a sixth straight year of lower numbers of death sentences and executions.

This year, more prisoners died of COVID-19 than were executed. In July, state executions came to a stop due to public health concerns related to COVID-19. Federal executions resumed in July after a 17-year hiatus.

Also, five people who were on death row were exonerated this year, bringing that total figure up to 172 since 1973.

2020 was the first time the federal government carried out more executions in one year than all of the U.S. states combined. Ten of this year’s executions were conducted by the federal government; the other seven were conducted by five states — Alabama, Georgia, Missouri, Tennessee and Texas. These states, with the exception of Texas, each had one execution.

Texas had three this year, but the number was its lowest since 1996. Eight executions in the state were stayed or withdrawn primarily because of the pandemic.

“At the end of the year, more states and counties had moved to end or reduce death-penalty usage, fewer new death sentences were imposed than in any prior year since capital punishment resumed in the U.S. in 1970s, and states carried out fewer executions than at any time in the past 37 years,” said Robert Dunham, executive director of Death Penalty Information Center and the lead author of the group’s 2020 report.

“What was happening in the rest of the country showed that the administration’s policies were not just out of step with the historical practices of previous presidents, they were also completely out of step with today’s state practices,” he said.

One figure that didn’t change involved race. Almost half of the inmates executed were people of color, and 76% of the executions were for the deaths of white victims.

“Racism has always infected the use of the death penalty and this year is no exception. The death penalty — as the most severe punishment — must be part of the efforts to address racism in the criminal legal system as a whole, ” said Ngozi Ndulue, senior director of research and special projects with the Death Penalty Information Center.

This year, there have been some strides in racial justice legislation, according to the report. The North Carolina Supreme Court reinstated the relief granted under the state’s now-repealed Racial Justice Act and allowed defendants who had filed claims before its repeal to seek relief based on racial bias in their trials. The court’s action reinstated life sentences granted to four death-row prisoners and allowed more than 140 death-row prisoners to pursue claims.

In California, the Legislature passed a wide-ranging Racial Justice Act and legislation strengthening the prohibition against discriminatory jury selection.

This year, Colorado became the 22nd state to no longer use the death penalty. Twelve states that still use it have not executed anyone in at least 10 years, the report found.

Krisanne Vaillancourt Murphy, executive director of Catholic Mobilizing Network, said the number of federal executions this year “is a shameful aberration” that “goes against nationwide declines in executions, falling death sentencing rates and a long-term drop in public support for capital punishment.”

In response to the federal government’s restart of executions, Catholics across the U.S. voiced their opposition and participated in a series of virtual prayer vigils. More than 1,000 faith leaders signed a joint statement to government leaders to stop this practice.

“The outcome of the recent presidential election suggests that the current federal execution spree will soon, thankfully, come to an end,” said Vaillancourt Murphy. “President-elect (Joe) Biden’s platform was clearly opposed to the death penalty, but it remains to be seen how that stance might translate into measurable progress toward abolition.”

Looking ahead to 2021, she said Catholics must remain vigilant.

“A strong, mobilized and persistent Catholic voice will be needed in the coming months,” she said, “to move this nation away from the death-dealing practice of capital punishment.”

NEXT: HHS acts on violations of conscience protection in California, Vermont