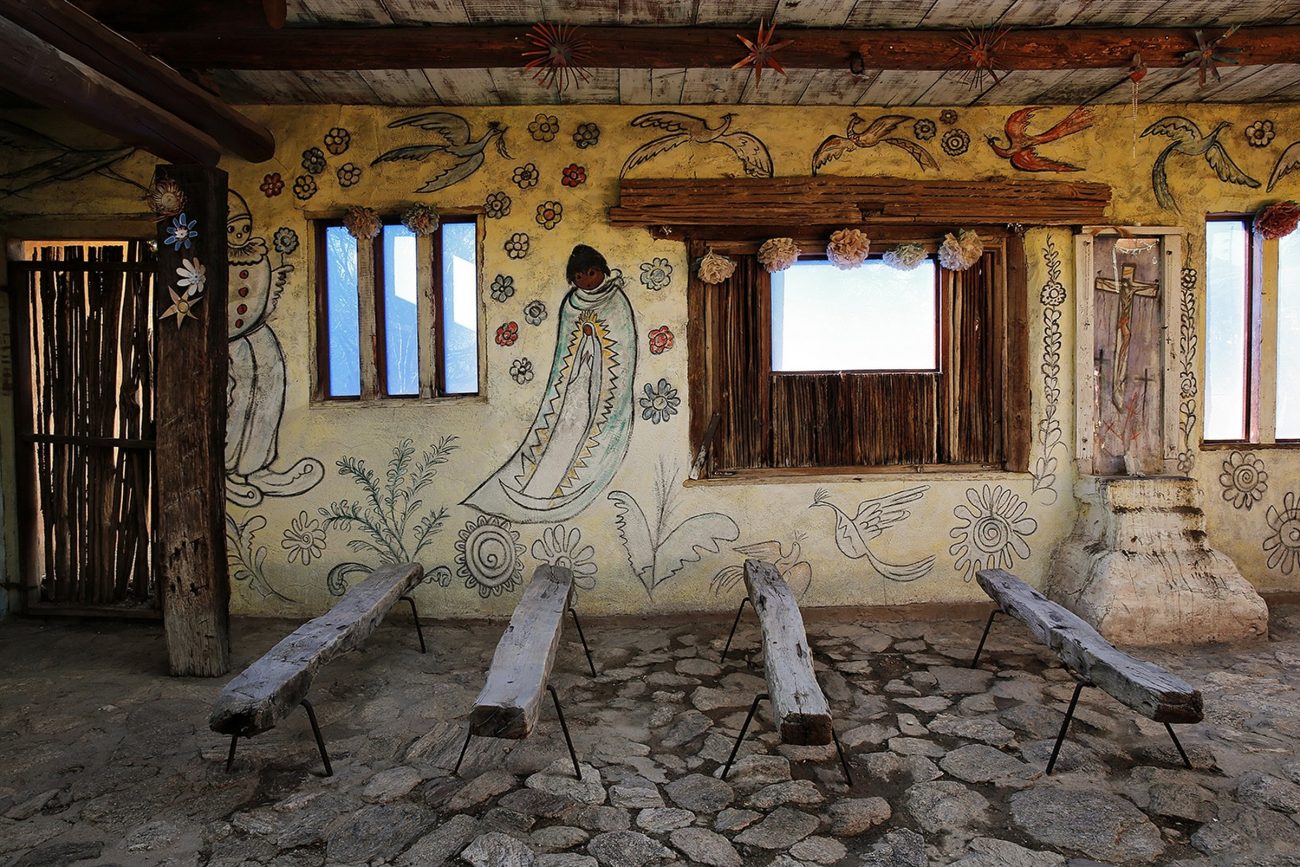 A painting of St. Juan Diego is seen on an interior side wall of the Mission in the Sun in Tucson, Ariz., in this 2016 photo. In Washington Dec. 9, 2020, the feast of St. Juan Diego, Father Maurice Henry Sands, executive director of the Bureau of Catholic Indian Missions, celebrated a Mass at St. John Paul II National Shrine for healing of Native American communities. (CNS photo/Nancy Wiechec)

(CNS) — The Catholic Church can offer a message of healing to Native peoples through a new and inculturated evangelization that shares the hope expressed by Jesus in the Gospel, the executive director of the Bureau of Catholic Indian Missions said at a Mass celebrating the feast of St. Juan Diego.

By embracing such an evangelizing style, the church can help Native Americans heal from the “historical trauma” caused by practices that have demeaned their dignity and led to long-standing social challenges, Father Maurice Henry Sands said in a homily during the Mass Dec. 9 at the St. John Paul II National Shrine in Washington.

Canonized in 2002, St. Juan Diego is the first Indigenous saint of the Americas. First known by his Indigenous name of Cuauhtlatohuac (the eagle who speaks), he witnessed Mary’s apparitions at Tepeyac Hill in Mexico in 1531. The hill is now the site of the Basilica of Our Lady of Guadalupe, which houses St. Juan Diego’s tilma, the mantle that bears the miraculous image of Mary.

The Mass was celebrated in collaboration with the Knights of Columbus, which in 2019 initiated a wider outreach effort to Native Americans and First Nations people in Canada.

Father Sands, a member of the Ojibway, Ottawa and Potawatomi tribes, invited Knight of Columbus councils and parishes “to implore the intercession of Our Lady of Guadalupe to heal our people.”

“Our nations once again need to hear her message of love, hope and reconciliation,” he said.

Father Sands outlined “some of the many reasons why Native Americans are very much in need of healing.”

He cited government policies of “genocide, annihilation, termination, relocation, assimilation,” the effect of racism, prejudice and discrimination and the forced placement of Native American children in government boarding schools for a century beginning in the 1870s for creating the trauma that has existed for generations and caused severe challenges for Indigenous people.

“Many Native people have little or no hope, and people who live without hope do not believe that anything can make things better, not themselves, not someone else, nor any change in their circumstances,” the priest said.

Church leaders have been “commissioned” to bring the Gospel message of hope to Native Americans by “being present to others, offering them a solid Christian witness and by our acts of charity,” he continued.

“Helping Native peoples to experience a living and personal faith in Christ, and inviting them to live that faith as members of the body of Christ, is the best way that we can help them receive the hope that only Christ can offer them,” Father Sands said. “And it is this hope that will help them to begin to experience healing, to believe that things can get better for them and to take steps to improve their lives.”

He also explained that hope has helped him, a priest of the Detroit Archdiocese, “to live the Christian life and to also strive for and achieve my personal goals and aspirations, even as I have had to deal with the historical traumas and difficult challenges and obstacles and untruths that have been part of my journey as a Native American.”

Father Sands, who has worked with the Knights of Columbus on its initiative, told Catholic News Service a day before the Mass that Native communities have experienced numerous injustices as well as difficulty accessing services that others take for granted.

“A lot of Native Americans live in very difficult circumstances and are very hurt by the injustices,” he said. “They are in need of some assistance from the Lord in the way of spiritual healing.”

The coronavirus pandemic has compounded the difficulties, leading to a greater need for a new evangelization, Father Sands added.

The Knights’ initiative has seen local councils begin wider engagement with Catholic and other Native Americans living on reservations and tribal lands.

The fraternal organization also worked with the Diocese of Gallup, New Mexico, and the Southwest Indian Foundation to build a new shrine to St. Kateri Tekakwitha.

A shrine dedicated to the Native American saint exists in her home state of New York. The new shrine near Gallup provides a place of peace and prayer for Native American Catholics so they don’t have to travel 2,000 miles, planners said.

NEXT: Getting COVID-19 vaccine is ‘act of charity’ for common good, bishops say