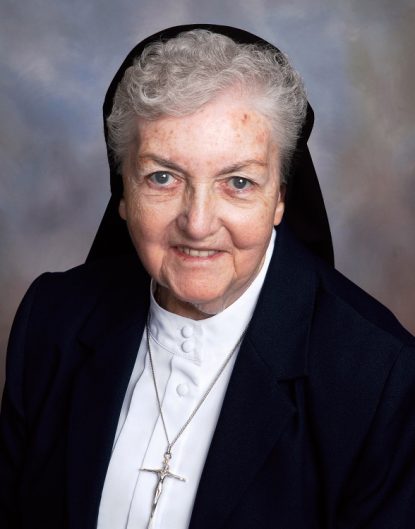 Sister Clare Maureen Graven, I.H.M., died Nov. 30 in Camilla Hall, Immaculata, at age 88. She was in the 69th year of her religious life.

Julia Theresa Graven was the daughter of Patrick and Julia (Philbin) Graven, both immigrants to the United States from Ireland. The family settled in South Philadelphia and Theresa attended St. Gabriel Elementary School and West Catholic High School, from which she graduated in 1950.

She entered the Sisters Servants of the Immaculate Heart of Mary on Sept. 8, 1951, received her habit and her religious name Sister Clare Maureen in 1952 and pronounced her first vows in 1954.

That year Sister Clare assisted at the Catholic Home Bureau, then from 1954 through 1971, she taught at St. Jane School in Easton, and Incarnation and St. Anselm schools in Philadelphia. From 1971 through 1983, she taught religion at St. Maria Goretti High School, Villa Maria Academy, Archbishop Wood and Cardinal Dougherty.

She then served in the Tuition Office at Bishop Shanahan High School from 2001 to 2015.

Sister Clare Maureen’s final appointment was to the Apostolate of Prayer in Camilla Hall in 2015, in which she served until her death.

Sister Clare was predeceased by her parents and her sisters Margaret and Mary. She is survived by her brother Patrick, her loving nieces, nephews, grandnieces and grandnephews, and her congregation of I.H.M. sisters.

The funeral Mass was celebrated Dec. 5 by Father Anthony Costa, who was the homilist, and Norbertine Father Michael J. Lee.