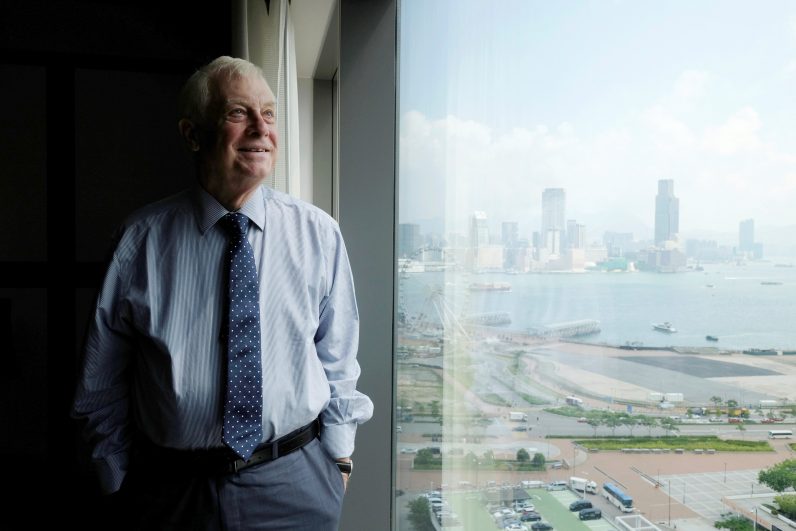 DUBLIN (CNS) — The last governor of Hong Kong criticized the Vatican’s agreement with China on the appointment of bishops and said Pope Francis has been “exceptionally badly advised” in concluding the pact.

In his online discussion, “China and the Liberal Democracies — Do We Face a New Cold War?” for the international Catholic weekly, The Tablet, Chris Patten appealed to the Vatican to “tell us what is in the deal.”

The details of the bilateral agreement remain secret. It was renewed in October despite criticism by the United States and human rights organizations.

“The idea that this is a good time to do deals with the Chinese Communist Party is, I think, astonishing,” Patten said and stressed that the rise to power of a more authoritarian leader in President Xi Jinping had seen human rights and freedom of religion in China suffer.

Patten, who was governor of Hong Kong from 1992 to 1997 and oversaw the handover of the British colony to China under the one country, two systems principle, said the Vatican deal would not pass the “Dietrich Bonhoeffer test.”

Rev. Bonhoeffer, a Lutheran pastor and theologian, had said that “silence in the face of evil is itself evil. He said that not to speak is to speak, not to act is to act, when people are doing terrible things,” Patten said.

“I think this is an example of really bad advice, which is going to come back and hurt us (the church),” he said.

The former Conservative Party politician, who headed a committee to advise Pope Francis on revamping and modernizing the Holy See’s communications, said the deal should be examined to see if the plight of Catholics had improved since it was signed more than two years ago. He said he believed “exactly the opposite has been happening.”

“I am a huge, unqualified admirer of Pope Francis, but I think this policy, which has been visited upon him, is wholly wrong.”

The Vatican-China provisional agreement outlines procedures for ensuring that Catholic bishops are elected by the Catholic community in China and approved by the pope before their ordinations and installations.

Vatican officials have said that giving up full control over the choice of bishops would not be what the Vatican hoped for, but that the agreement was a good first step toward ensuring greater freedom and security for the Catholic community in China.

Patten accused China of behaving in a “loutish and bullying way” as exemplified by its killing of Indian soldiers in the Himalayas, the sinking of other countries’ fishing vessels in the South China Sea, its menacing of Taiwan and picking arguments with Australia and Canada and using coercive diplomacy.

“They have introduced a national security law in Hong Kong, which in effect puts the Communist Party in Beijing in charge in Hong Kong and destroys its high degree of autonomy,” he warned.

Patten said he did not accept that it was the result of a Cold War but believed instead that “there is an assault by the Chinese Communist Party on the liberal values of societies like Britain or America.”

“What we have to do when the Chinese behave badly is, we have to all be prepared to stand up to them and to do it together,” he said.

The former politician also strongly criticized the Vatican’s treatment of Cardinal Joseph Zen, an outspoken critic of China. He noted that Catholic leaders were still prepared to shake hands with the Chinese foreign minister, yet Cardinal Zen visited Rome and was not granted an audience with Pope Francis.

“That is disgraceful,” he said.

NEXT: Poverty, not presents, is at heart of Christmas celebration, pope says