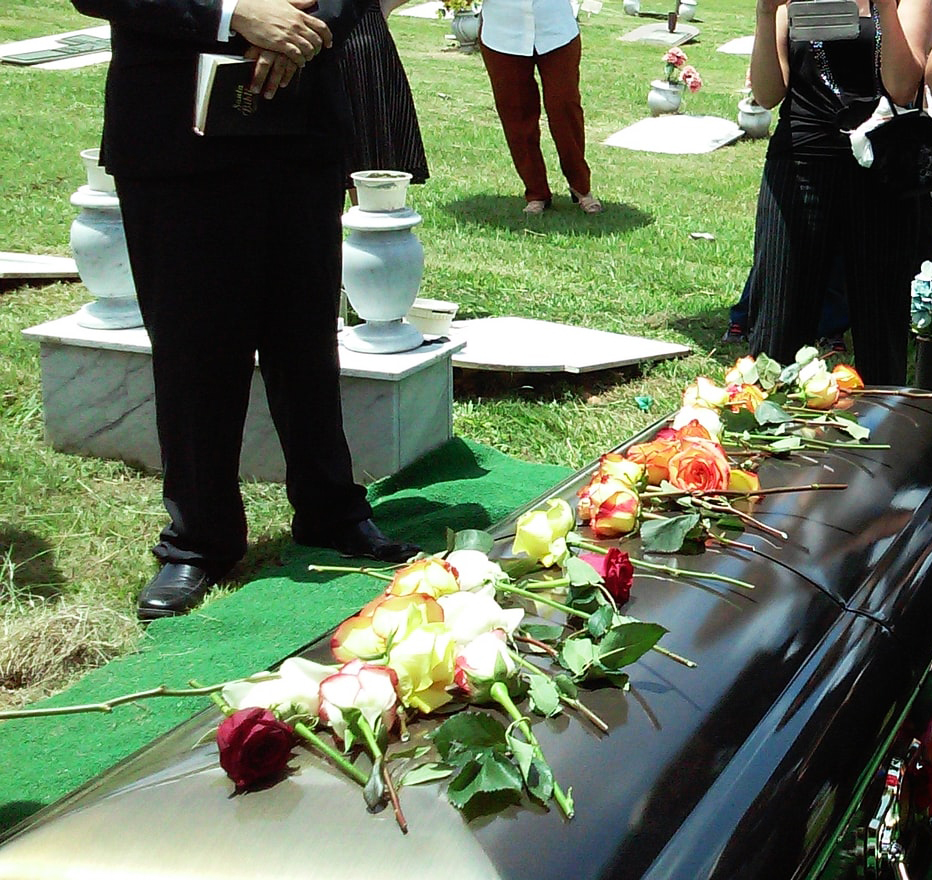 Area funeral directors say COVID has impacted “every aspect of their jobs,” from personal safety to paperwork, revolutionizing the death care industry while taking a toll on its workers.

“It’s stressful,” said Elizabeth Guckin, director of the historic Guckin Funeral Mansion in Philadelphia’s Kensington section. “Every other week … you feel like you’re getting it.”

“No one thinks of us in this,” said Thomas, a member of Our Lady of Good Counsel Parish in Southampton. “The most frightening thing is what we’re exposed to. We don’t know what happens when a deceased comes into us.”

Pennsylvania law states that human remains must be embalmed, refrigerated or transferred to a properly sealed container if they are not either buried or cremated within 24 hours of death. A 24-hour waiting period is required for cremation, which is permitted by the Catholic Church if chosen for reasons in accord with Christian doctrine and if followed by a proper burial of the deceased’s ashes.

Regardless of the final disposition, however, preparing human remains places death care industry workers in direct contact with both the deceased and their families, increasing the risk of exposure to the virus.

“A lot of the people that we’re getting, we don’t know if they were positive for COVID,” said Guckin, who belongs to Visitation B.V.M. Parish in Philadelphia. “They’re dying at home; the families are not always honest, and they themselves may not know.”

Funeral professionals fear for their own families — and for coworkers, who are generally few in number.

“It’s just three of us,” said Thomas. “That’s what worries me when I go home at night. I think, ‘Oh my goodness, what if something happens to one of us and we can’t serve the families like we want to?’” 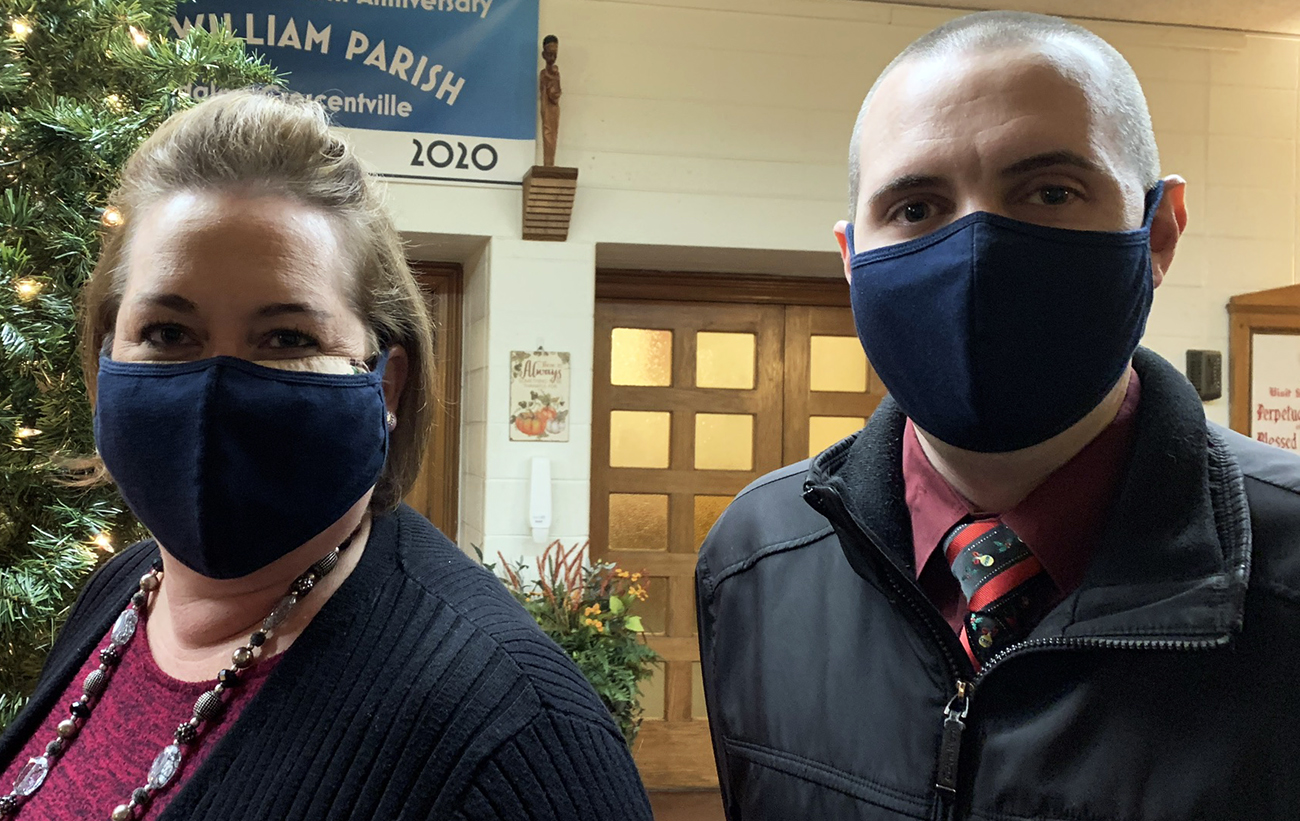 Fellow Campbell’s funeral director James Brady said staff are relying on sanitation guidelines from the Centers for Disease Control and the Pennsylvania Department of Health, adding he and colleagues “double- and triple-check” their procedures due to the pandemic.

Although Pennsylvania has begun vaccinating frontline health workers, along with some nursing home residents and staff, those who provide “mortuary care for deceased COVID persons” are currently in the “1B” eligibility group according to the state’s interim vaccination plan. While she remains “very positive and optimistic about the rollout of the vaccine,” Pennsylvania Health Secretary Rachel Levine said she cannot yet estimate when the second tier of workers will receive their doses.

Even as they strive to keep themselves safe, funeral professionals lament the need to physically distance themselves from grieving families.

“We so wish we could hug them,” said Guckin. “It’s all changing, and we’re learning to try to adapt.”

Thomas agreed, saying she finds the lack of contact frustrating.

“I’m very hands-on,” she said. “I like to just reach out and give somebody a hug and say, ‘Everything’s going to be OK. I’m here to help you in whatever way I can.’” 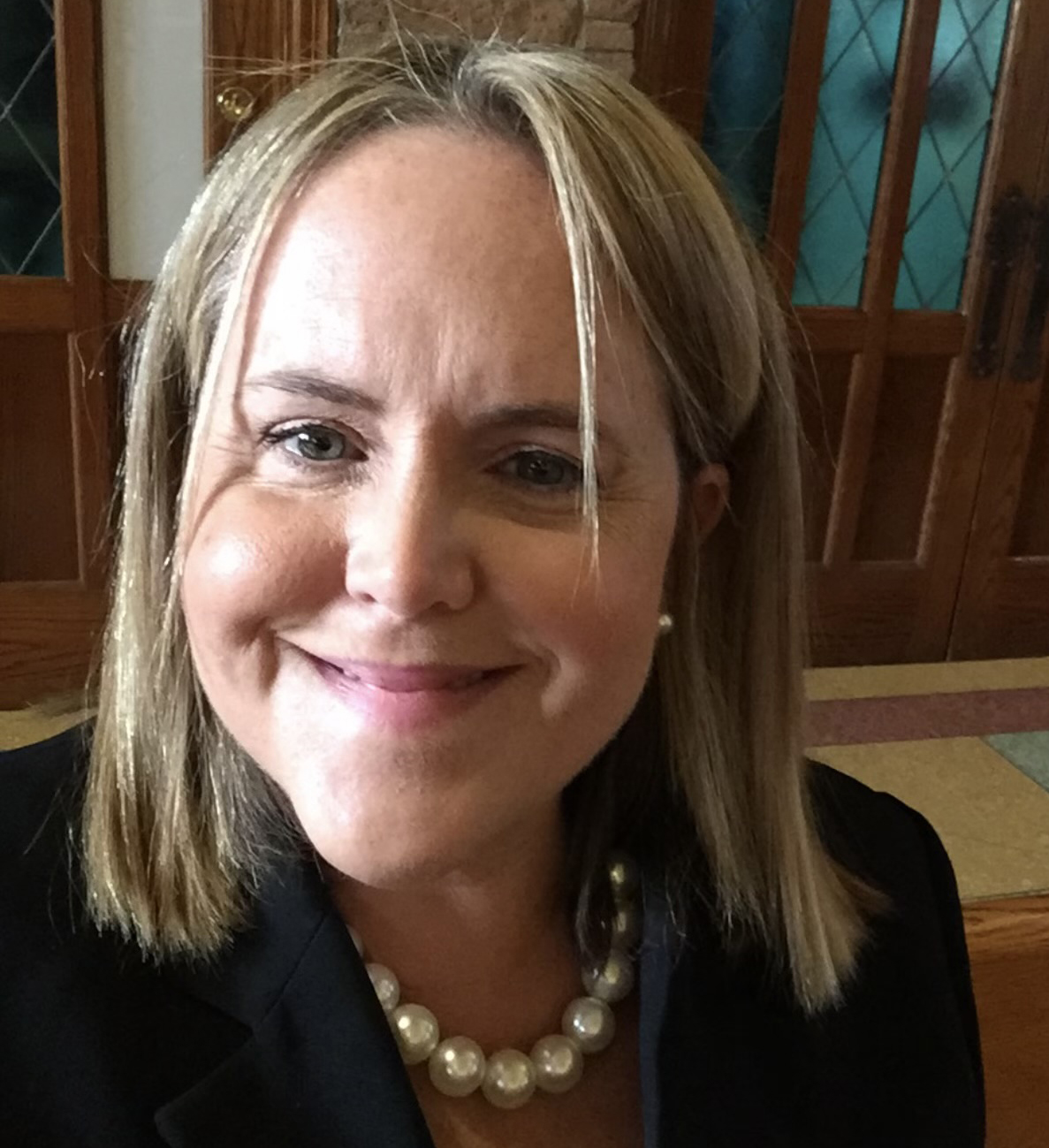 Elizabeth Guckin of the Guckin Funeral Mansion in Philadelphia said bereavement professionals often do not know if the deceased they serve had COVID, thereby increasing their risk of exposure. (Photo courtesy of Elizabeth Guckin)

Brady, a member of St. Stanislaus Parish in Lansdale, admitted enforcing limits on crowd sizes to comply with local and state directives is “emotionally draining.”

“It’s hard having to explain to people what they can and can’t have,” he said. “It’s hard enough to lose somebody, and then you have to tell them they can’t have the funeral they were thinking of, or the funeral that person deserved to have.”

Livestreaming and video tributes are now standard at many funerals, he said, noting that the pandemic has accelerated the bereavement industry’s use of digital technology.

“The funeral profession has always been about 10 to 20 years behind in that regard,” he admitted. “When other people were doing things electronically, we were still using typewriters and paper. We’ve taken a huge jump forward.”

Arrangements are increasingly made through Zoom calls, while key forms are completed using the electronic signature platform DocuSign.

“They are truly there to honor the deceased,” she said. “I have seen an intimacy among them. It’s not a party, it’s not a celebration.”

To sustain themselves amid the COVID crisis, bereavement professionals have had to find ways “to be off when we’re off,” said Brady.

“When you’re not scheduled, you try to relax and do nothing, just to regenerate,” he said.

Prayer and meditation are helping, said Guckin, who also tries to “shut off (her) phone” during breaks.

That’s because such detachment is largely counterintuitive for death care professionals, said Thomas.

“For us, you’re part of our family for those five to seven days you’re with us” during the funeral planning process, she said. “We love what we do. We love to serve people and help them, and right now we’re not able to do that as we normally would. And that’s hard.”