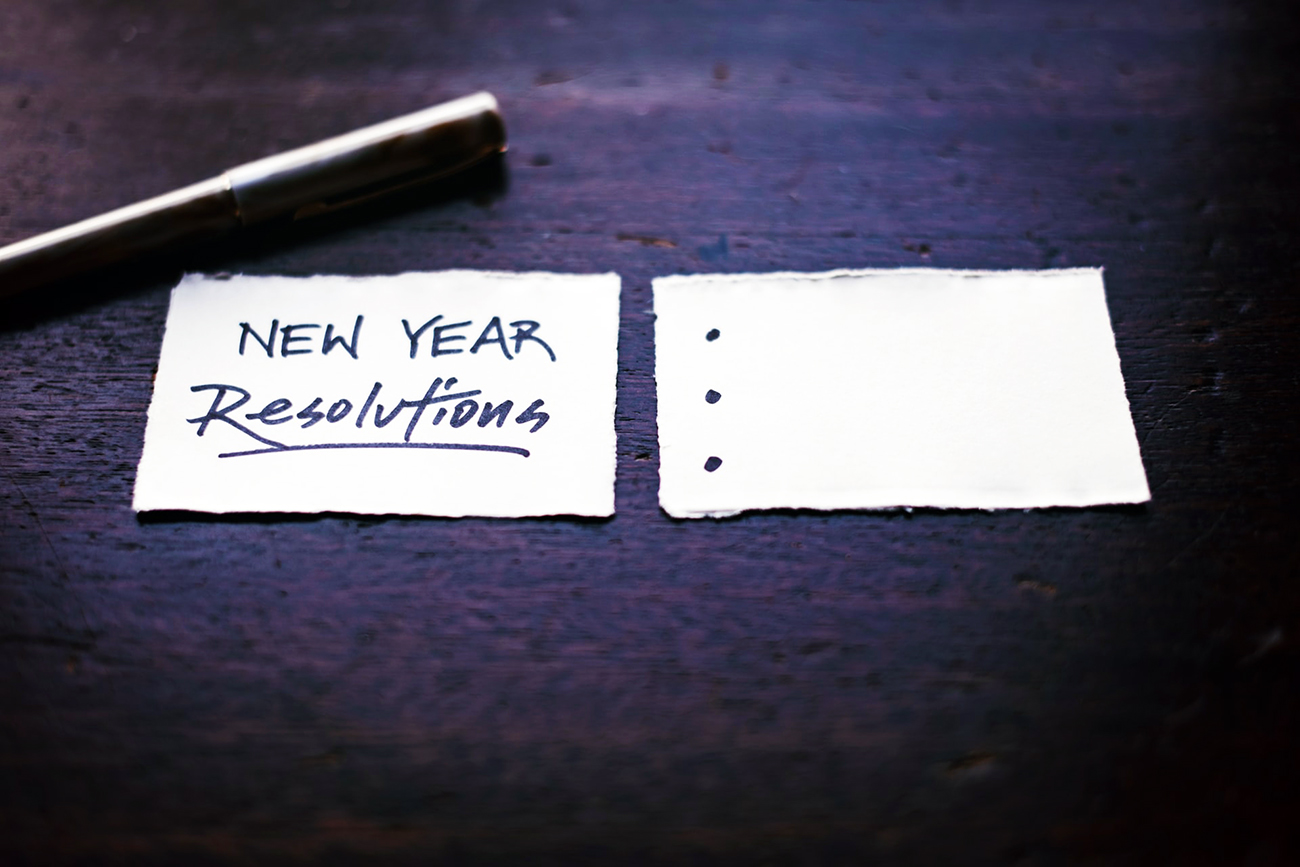 Rethinking New Year’s resolutions can increase the chances you’ll actually keep them, said a number of area clergy and faithful.

Starting off the calendar year with the intention to do better “can be an activity of deep humility,” said Father Stephen DeLacy, director of the Office for Vocations to the Diocesan Priesthood at St. Charles Borromeo Seminary in Wynnewood.

However, he added, “I wonder if our humility goes far enough,” noting that many draw up lists of  “excessive” aims that are “almost always a recipe for failure.”

Instead, “we need to recognize that we (should) start off small,” said Father DeLacy.

In essence, “resolutions are simply goals, and it is important to set them to motivate ourselves and help give direction to our lives,” said James Andrews, director of the archdiocesan Office for Black Catholics. “I set goals year-round; there’s nothing unusual about Jan. 1.”

While many are eager to distance themselves from the hardships and heartache of 2020, some faithful said they plan to draw on their experiences over the past 12 months to make the new year a better one.

“All of the challenges gave me an opportunity to draw closer to Christ,” said Caroline Guy of St. William Parish in Philadelphia. “Moving forward, I want to maintain and deepen that intimacy with him.”

Photojournalist Sarah Webb of St. Albert the Great Parish in Huntingdon Valley said she was ready to “leave behind complacency,” but planned to take a sense of hope into 2021.

A heightened self-awareness and a willingness to be flexible are some of the hidden gifts conferred by the dramatic events of 2020, said Sarah Hanley, president and CEO of the Catholic Foundation of Greater Philadelphia.

“If 2020 taught us anything, it showed us that we are certainly not in charge of what happens, but we control how we react and respond to the world around us,” said Hanley. “It’s this response that’s key.”

A more mature, nuanced outlook gained from a difficult year affirms “we can choose to see the negatives or embrace the challenges to improve,” she said.

In the process, “we can learn a lot about our capabilities when we need to pivot,” said Hanley.

Like Father DeLacy, she stressed the importance of “setting smaller goals” and using the “clean slate” of the new year as “an opportunity to put something positive into practice,” such as kindness, gratitude and charitable outreach – “materially as well as sharing our time and abilities” — to those in need.

Before making any resolutions, though, “we should prayerfully discern what God is asking and how much God is asking,” said Father DeLacy.

With Jan. 1 designated as the Solemnity of Mary, the Mother of God, the first day of the new year is a time to echo her “yes” to the call of the divine, said Father McKay.

“I just want to make one resolution, and that’s the resolution Mother Mary made: ‘Let it be done to me according to your word,’” he said.

Failure shouldn’t deter resolution-makers, he added, citing a Scripture verse often quoted by a number of saints (and by Indianapolis Colts quarterback Philip Rivers): Nunc coepi, Latin for “now I begin,” taken from Psalm 76:11 in the Vulgate translation of the Bible.

“Every day you wake up is New Year’s,” said Father McKay. “It’s always a new day. Now is the time for salvation; we’re always being created anew in God.”

“If we fail, we should ask the question, ‘Was I too self-reliant?’” he said, emphasizing that “we must rely on God” to achieve “change for the good.”

Christ himself “fell three times on his way to Calvary,” said Father DeLacy.

As a result, “we should expect to fall and ask the Lord to pick us up again,” he said. “This does not have to be a disappointment. It can be a great spiritual journey.”

PREVIOUS: Delco families get helping hand for their holiday tables

NEXT: Savvy of St. Frances Cabrini inspires local businessman to launch film on her