Savvy of St. Frances Cabrini inspires local businessman to launch film on her 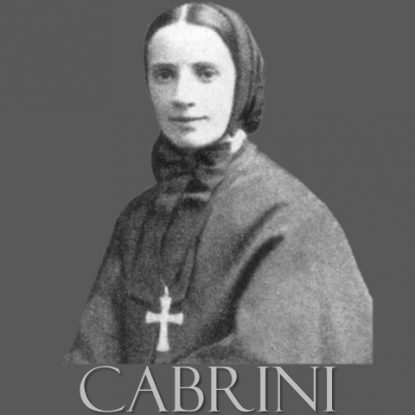 A promotional image for the forthcoming film “Cabrini” shows St. Frances Cabrini, the Italian-born religious sister who became an immigrant and U.S. citizen in the 19th century. She was canonized as America’s first female saint in 1946.

Pop quiz: Who was the first female American citizen to be canonized a saint?

Elizabeth Seton? No. Rose Duchesne? No. Katharine Drexel? No.

She was born in in Italy but at the suggestion of Pope Leo XIII in 1889, she brought her congregation to the United States. She embraced her new country to the extent that she became a citizen herself and is truly an American saint.

Her Missionary Sisters of the Sacred Heart were originally founded to work among Italian immigrants to this country but as usually happens, the apostolate became more diverse.

In the Philadelphia area they are best known for the foundation of Cabrini University, although theirs is an international congregation.

But St. Frances Cabrini is more than the foundress of a religious congregation, and more than a holy woman, in the view of local businessman Eustace Wolfington.

She was a woman who knew how to get things done.

Wolfington is spearheading fundraising for a planned film on the life and work of St. Frances Cabrini, which will be titled simply, “Cabrini.”

“She had so many qualities — leadership and financial skills — and she never quit,” he said. “I would make her a saint for businesspeople. She was a dynamic person who happened to be a nun.”

While his “Cabrini” is in pre-production, Wolfington brings to the table experience in organizing a successful film project. He was executive producer of the award-winning 2006 film, “Bella,” which centered around the ethical issue of a proposed abortion.

Of his present project Wolfington said he first became aware of Mother Cabrini in 1955 at St. Donato Parish in Philadelphia. “Her sisters had a convent and orphanage in the parish,” he recalls. 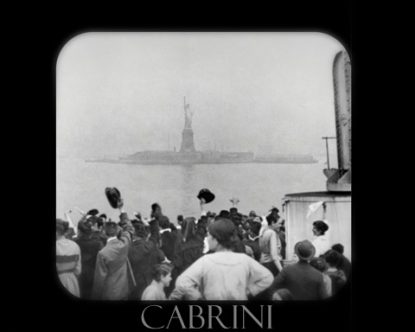 An image from the film “Cabrini,” currently in production, shows immigrants from Italy arriving in the United States.

“A big part of her work was in health care, and she opened schools for the wealthy that helped to fund (other) schools where the people were not wealthy. She was always penniless but somehow found the money for her work.”

Because immigration from Italy was relatively late among the Catholic population, the newcomers faced prejudice, even in the church.

St. Frances Cabrini’s message to her fellow immigrants, which holds to this day, was “They had to be good American citizens,” Wolfington said.  “She taught that in all of her schools. She had vision.”

Over her lifetime she established 67 institutions, Wolfington said. “She was often penniless, but she never quit. What I am trying to emphasize is she was a businesswoman who happens to be a saint.”

“Cabrini” is at this time being filmed in New York’s 5 Points neighborhood, according to Wolfington. Look for a release in late 2021.

NEXT: Joint ministry unites two parishes in fight against racism