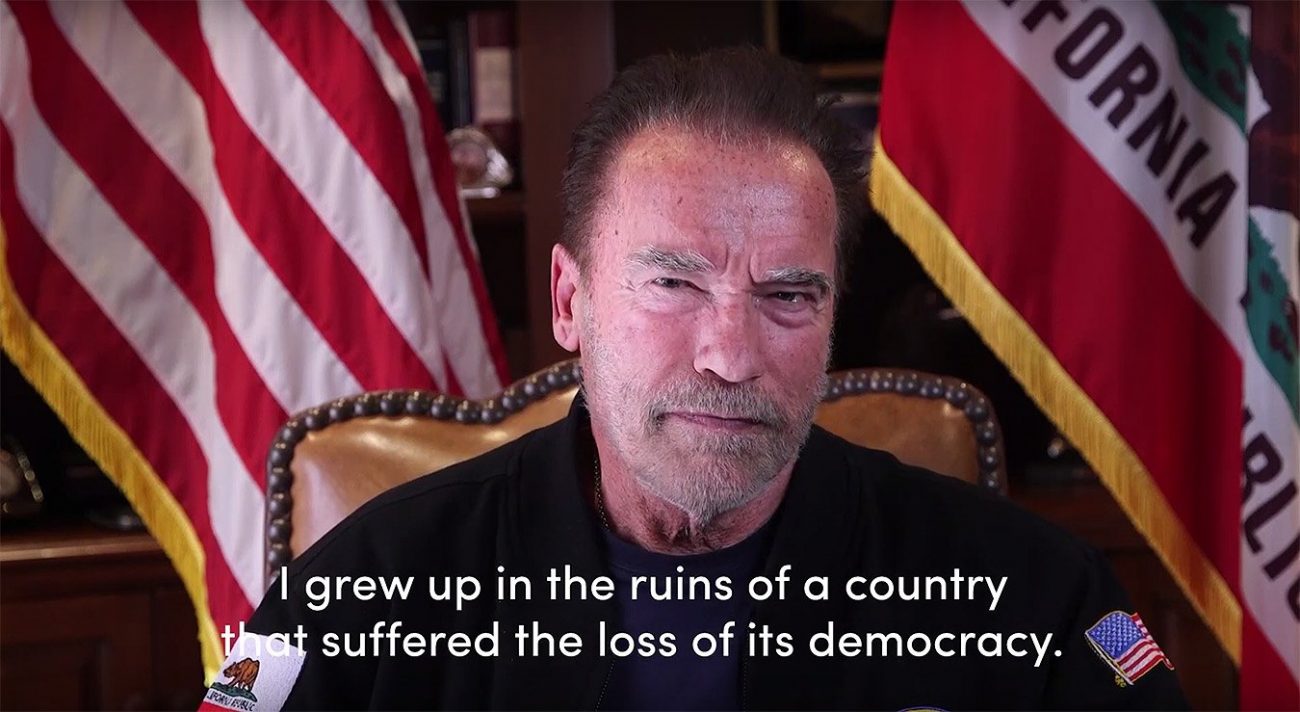 This is a screen grab from Arnold Schwarzenegger's YouTube channel. (CNS screen grab)

Actor and former California Gov. Arnold Schwarzenegger, leaning on his Catholic upbringing in Austria, said a “public servant’s heart” is needed in America’s elected officials, especially after the Jan. 6 Capitol siege that prompted the remarks.

“I grew up Catholic, I went to church. went to Catholic school, I learned the Bible and my catechisms,” said Schwarzenegger in a YouTube video posted Jan. 10. “And from those days I remember a phrase that is relevant today: a servant’s heart. It means serving something larger than yourself.”

Since it was first posted on YouTube, the video racked up close to 4.76 million views in just two days — more views than any movie in theaters since the pandemic started last March.

Schwarzenegger decried the Jan. 6 assault on the Capitol as “the Day of Broken Glass,” making a direct reference to the Kristallnacht episode launched against the Jews in 1938 by what he called “the Nazi equivalent of the Proud Boys.”

The mob, Schwarzenegger said, “did not just shatter the windows of the Capitol. They shattered the ideas we took for granted. They did not just break down the doors of the building that housed American democracy. They trampled the very principles on which our country was founded.” He later said to the mob, “You will never win.”

“Being from Europe, I’ve seen firsthand how things can spin out of control. I know there is a fear in this country and all over the world that something like this could happen right here,” Schwarzenegger said.

While Schwarzenegger said he did not believe that would happen, he warned his audience to be aware of “the dire consequences of selfishness and cynicism. President (Donald) Trump sought to overturn the results of an election. He sought a coup by misleading people with lies.”

Harking back to Austria once more, Schwarzenegger said, “My father, our neighbors, were misled also with lies, and I know where such lies lead. President Trump is a failed leader. He will go down in history as the worst president ever. The good thing is he will soon be as irrelevant as an old tweet.”

A Republican, Schwarzenegger mentioned the book “Profiles in Courage” written by the first Catholic U.S. president, John F. Kennedy. “A number of members of my own party, because of their own spinelessness, would never see their names in such a book. I guarantee you,” he said. “They’re complicit with those who carried the flag of self-righteous insurrection into the Capitol.”

Schwarzenegger, who starred in the title role in the 1982 action movie “Conan the Barbarian” and its 1984 sequel, “Conan the Destroyer,” wielded what he said was Conan’s sword.

“Our democracy is like the steel of this sword. The more it is tempered, the stronger it becomes. Our democracy has been tempered by wars, injustices and insurrections.”

Schwarzenegger said, “We need to heal, not just as Republicans or as Democrats, but as Americans. Now to begin this process, no matter what your political affiliation is. I ask you to join me in saying to President-elect (Joe) Biden, ‘President-elect Biden, we wish you great success as our president. If you succeed, our nation succeeds. We support you with all our hearts as you seek to bring us together.'”

NEXT: Amid discussion to end death penalty, three executions halted