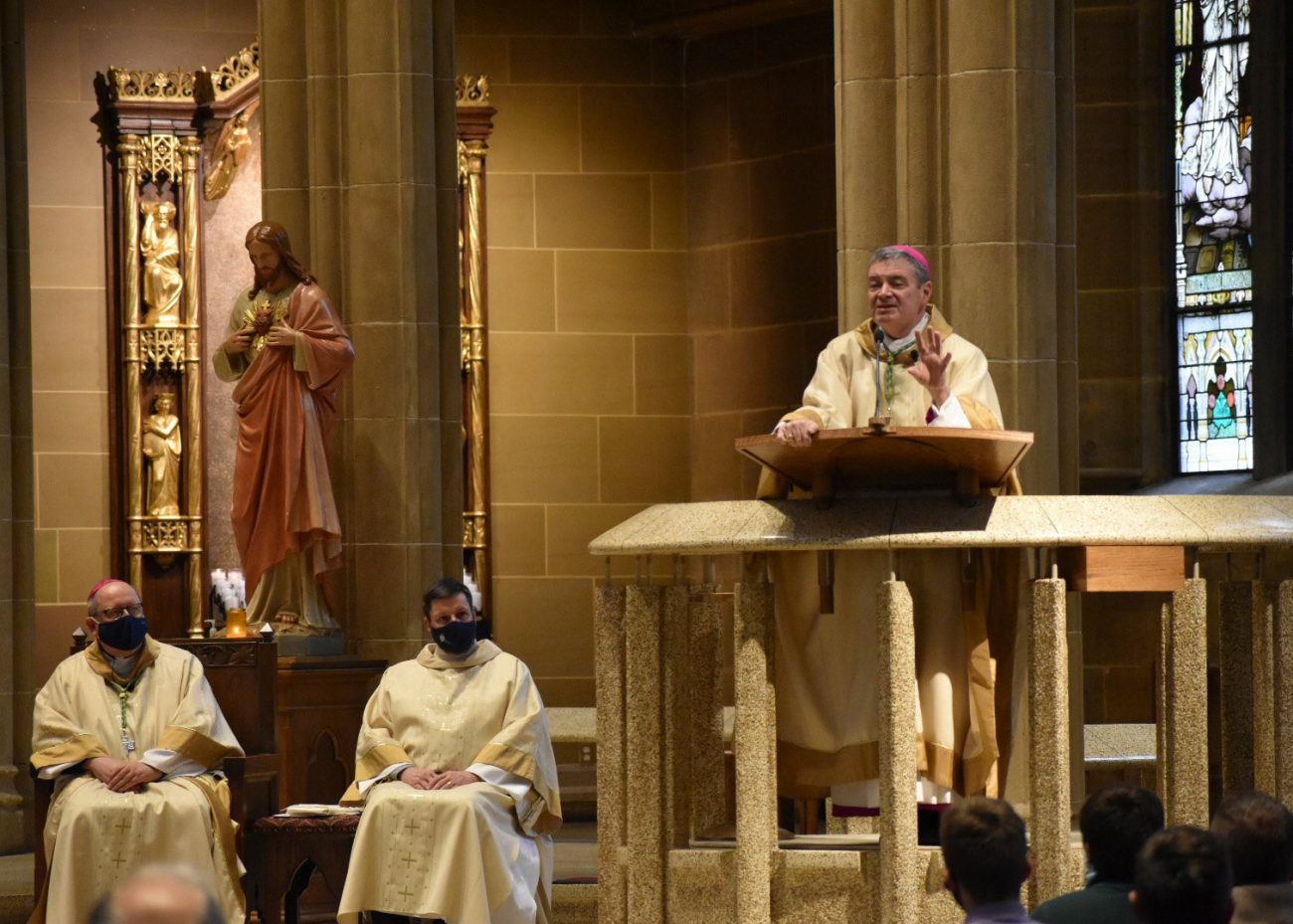 The protesters, which a video posted by The Columbus Dispatch showed to number about seven, stormed into St. Joseph Cathedral during the liturgy Jan. 22 and marched through the sanctuary. They shouted that abortion was under attack and carried cardboard signs with messages supporting abortion.

Police and diocesan officials escorted the women out of the cathedral without incident. No arrests were made.

Bishop Brennan thanked police officers for their quick response to restore order in a statement released after the Mass, which commemorated the 48th anniversary of the U.S. Supreme Court decision in Roe v. Wade that legalized abortion.

“I want to express my great admiration and thanks to all those attending the Mass whose respectful and prayerful response reflects the joy, hope and mercy that marks our pro-life witness. I also apologize to the families present whose children were exposed to this,” Bishop Brennan said.

“On this day, in remembrance of the Roe v. Wade Supreme Court decision, I ask all to continue to pray for the unborn who died, for all those who have experienced the pain of abortion and for those who cannot understand our divine and steadfast calling to champion this cause,” the bishop also said.

The Catholic Medical Association condemned the disruption of Mass and called on President Joe Biden and Ohio Gov. Mike DeWine, both of whom are Catholic, to do the same.

“Storming into a cathedral, disrupting holy Mass by shouting inflammatory and hateful remarks, is an attack on our religious freedom,” Dr. Michael Parker, association president, said in a Jan. 23 news release.

Father Christopher Kubat, the association’s national chaplain, echoed Parker in the same release, saying that “violence against persons of any faith, along with the disruption of religious services, is wrong and must not be tolerated.”

“Just as we pray for the lives lost to abortion and their parents, we pray for peace, understanding, conversion of hearts and those whose views differ from ours,” Father Kubat added.