Rice Bowl is ‘simple genius’ of the Gospel, says bishop 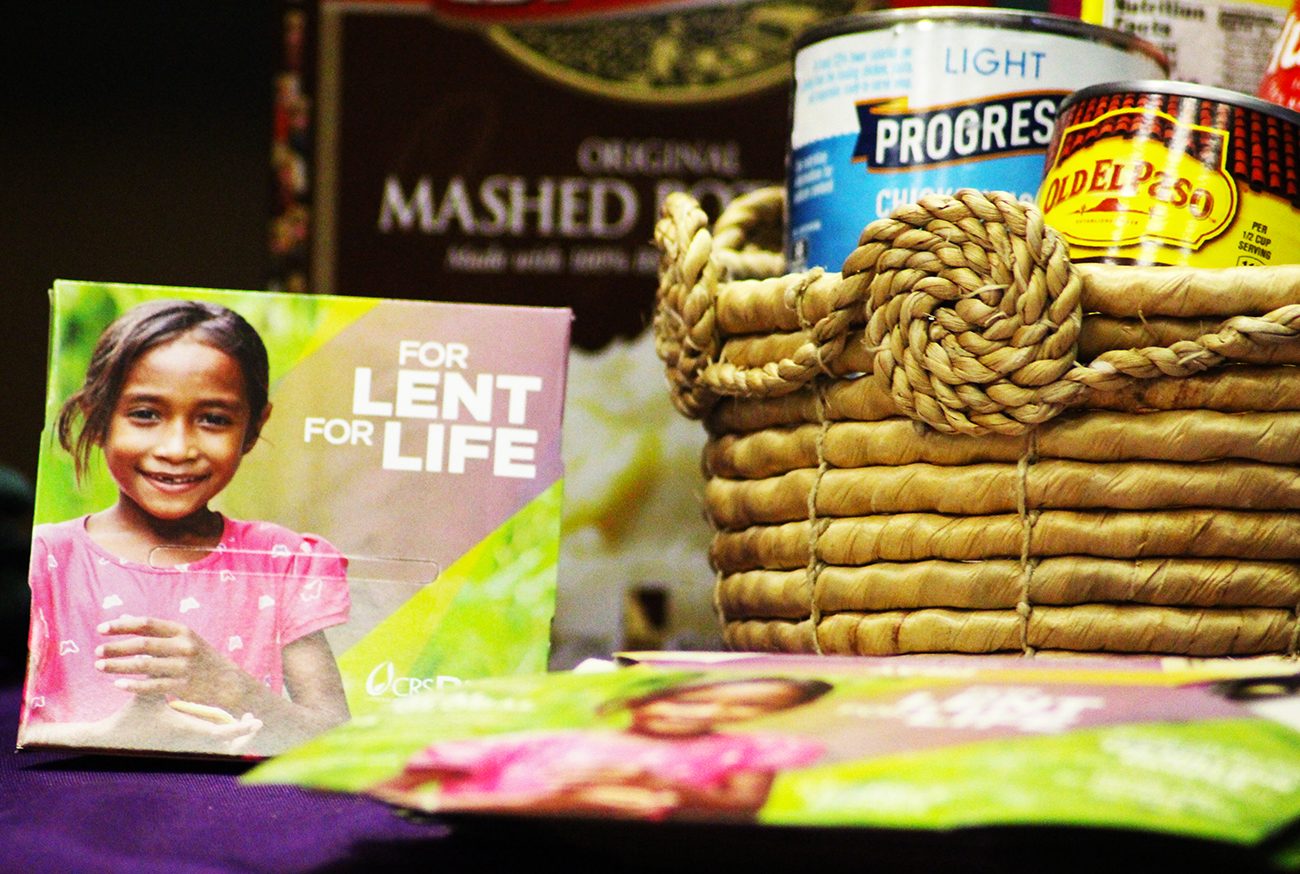 A Rice Bowl container is displayed alongside a basket of food at the Feb. 4 launch of the 46th annual Catholic Relief Services' Rice Bowl campaign in the Philadelphia Archdiocese. The nationwide Lenten initiative benefits millions in both the U.S. and in more than 100 countries. (Gina Christian)

A longtime Lenten tradition represents “the Gospel of the Lord Jesus in a bowl,” said a Philadelphia bishop.

On Feb. 4, the Archdiocese of Philadelphia launched its 46th annual Catholic Relief Services’ (CRS) Rice Bowl initiative. The nationwide program, which runs from Ash Wednesday (Feb. 17) through Holy Saturday (April 3), combines prayer, fasting and almsgiving to help those in need both in the U.S. and abroad.

By providing a way to put faith into action, Rice Bowl represents “everything that the Lord Jesus has done for us” as well as “the manner in which he wishes us to be as he is, and to do as he has done,” said Bishop McIntyre.

The change collected in the cardboard Rice Bowl containers has added up considerably over the years. Since its 1975 inception in the Diocese of Allentown and its adoption by the Catholic Church nationwide in 1976, the program has raised more than $250 million. Some $62.5 million of the total has funded U.S. diocesan ministries and $187.5 million has assisted CRS’s international response.

Philadelphia has consistently ranked as “one of the top two or three” dioceses in terms of Rice Bowl fundraising, said Anne Ayella, CRS director for the Archdiocese of Philadelphia. 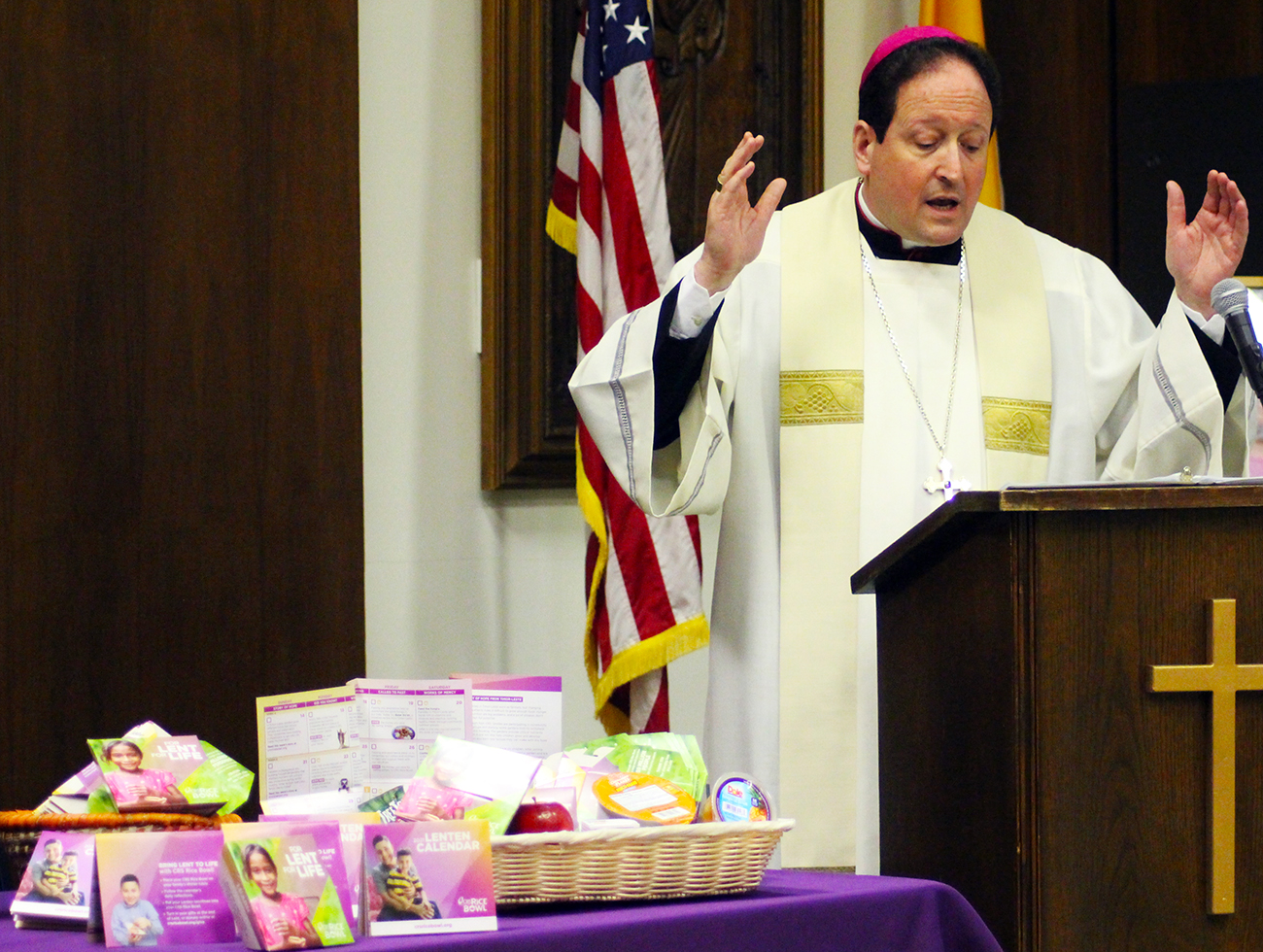 The overall total was “dramatically down” due to pandemic-related uncertainty about the safest way to donate, said Ayella.

As COVID precautions, including the suspension of public Masses, were first implemented last March, “people weren’t sure how to give or where to put their envelopes,” she said. “This year there’s more information, and I’m hoping the response will be better.”

“You can set a goal, invite others to join and track how well you’re doing,” she said.

This year’s Rice Bowl campaign highlights CRS’s work in Madagascar, El Salvador and Timor Leste, all of which “were already struggling with food insecurity prior to COVID, due to droughts, floods and (other) climate-related issues,” said Ayella.

Beyond meeting immediate needs for food, CRS coordinates agricultural, water and sanitation projects in the nations its serves, along with health, education and microfinance programs – all designed to address the root causes of systemic poverty and hunger.

Locally, Rice Bowl “has been a lifeline … for people who struggle with food insecurity,” said NDS executive director Lizanne Hagedorn.

With some 50 million U.S. residents now at risk for pandemic-related hunger, demand at area food cupboards has soared.

Over the past 12 months, “more than 81,000 pounds of healthy food was purchased with the … (Rice Bowl) money designated for the Archdiocese of Philadelphia,” she said.

Among the items supplied by NDS to the three-day-a-week lunch distribution are four crates of milk, and “what a difference it makes,” she said.

Brown cited feedback from clients, who said the milk offers hydration in the absence of access to public water fountains, now closed due to COVID.

The protein from each serving “(keeps) a hungry body just a little warmer on a cold day,” said Brown, and the chocolate-flavored milk “brings sweetness to bitter days and hard times.”

The half pints are “a concrete sign of how even the smallest gifts are evidence of our respect for the dignity of our guests,” she said.

Ministering to others manifests the love of Christ, said Bishop McIntyre.

“He asks that it flow over into the lives of our brothers and sisters as we serve them, especially those who are most in need and those who are suffering … at this time through the pandemic,” he said.