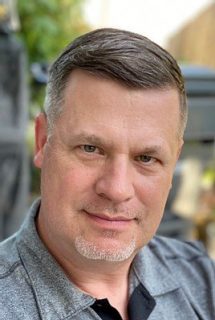 SAN FRANCISCO (CNS) — The editors at a Catholic publication said they are uncertain why an automated social media post was deemed hateful and led their Twitter account to be locked.

Carl Olson, editor of Catholic World Report, said the publication Jan. 24 received a notice from Twitter that said its account, @cworldreport, had been locked for violating the company’s rules against hateful conduct.

The tweet referenced a Catholic News Agency story about Biden’s plans to nominate Dr. Rachel Levine as assistant secretary of health. Levine would be the first openly transgender individual to be confirmed by the U.S. Senate.

The tweet stated: “Biden plans to nominate Dr. Rachel Levine, a biological man identifying as a transgender woman who has served as Pennsylvania’s health secretary since 2017, to be HHS Assistant Secretary of Health. Levine is also a supporter of the contraceptive mandate.”

Olson said the tweet was generated automatically by its computer system from the news services to which it subscribes.

Twitter has told Catholic World Report, published by San Francisco-based Ignatius Press, that the tweet violated rules “against hateful conduct” and may be promoting “violence” or was “harassing” others, according to an account posted on the publication’s website.

The social media company called for removing the offending post before the account would be unlocked, Olson told Catholic News Service Jan. 29.

He suspects the description of Levine is what raised questions at Twitter. Requests seeking a more detailed explanation of the social media company’s objection have not been sufficiently answered, he said.

“We want to get Twitter to be specific. That would be for us the starting point. By making this a news story, it’s our small way of exerting a little bit of pressure (on Twitter). But we want an answer to a very specific question about what’s hateful or harmful about this specific statement,” Olson explained.

Olson noted that the publication upholds church teaching on transgender identity and that it stands by the wording in the tweet in question. Removing the tweet is not being considered “at this time,” Olson said.

The Vatican in June 2019 released its first extensive statement on transgender identity. “Male and Female He Created Them: Toward a Path of Dialogue on the Theory of Gender Theory in Education” calls for love and respect of all people, but rejects the idea that gender is distinct from biological sex. It said that a transgender identity seeks to “annihilate the concept of nature.”

“The Catholic Church teaching on these things is clear on the reality of male and female,” he said. “We’re trying to be sensitive to where people are at (today) … but it doesn’t mean we’re going to compromise.”

Olson expressed concern about what he described as “moving goalposts” in the social media world, where rules change constantly and users are unsure of what might be offensive or not on any given day.

“We don’t want to overreact, but we also don’t want to treat this as just nothing,” he said. “It requires a response, but we don’t want it to look like it’s storm troopers at the door.”