Catholic school enrollment, hit by pandemic, is at its lowest in 50 years 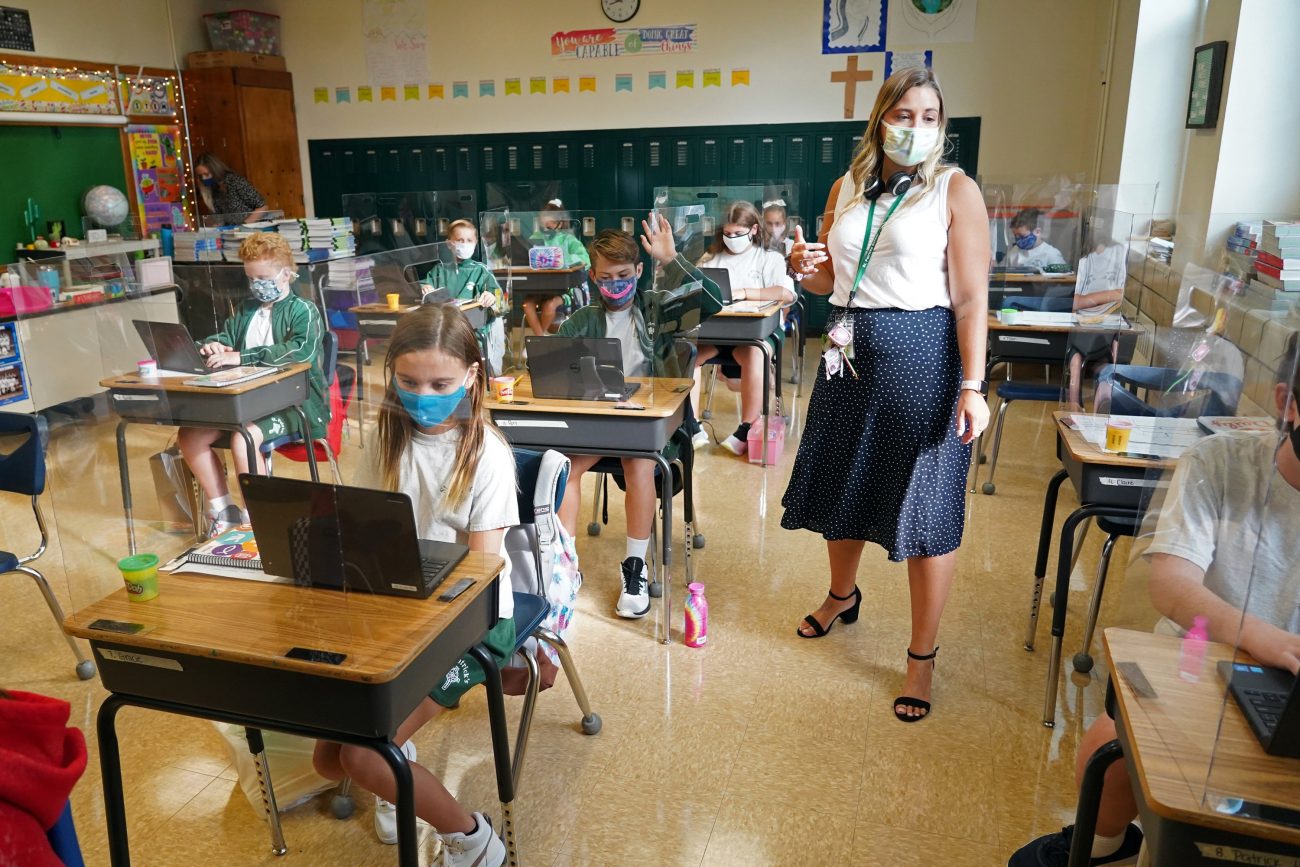 WASHINGTON (CNS) — Catholic school enrollment figures for the current school year — significantly impacted by the pandemic — dropped 6.4% or more than 111,000 students from the previous school year, which is the largest single year decline in almost 50 years.

The sharpest enrollment decline was for prekindergarten enrollment at Catholic schools, which went down 26.6% this year from last year.

The challenges related to COVID-19 have forced all schools to educate students differently this past year. More than 90% of Catholic schools have been open for in-person learning and working within sanctioned health guidelines. By the start of the current school year, 209 Catholic schools had closed — many because of COVID-19, but others due to declining enrollment and financial instability.

Some states and cities have seen an uptick in Catholic school enrollment with an influx of transfer students opting for in-person classes and choosing Catholic schools. But the full story is still unfolding as Catholic schools have experienced an overall dramatic decline in enrollment and an increase in school closures.

Only 10 of the 174 dioceses with Catholic schools had an increase of 1% or more in student enrollment: Duluth, Minnesota; Charleston, South Carolina; Charlotte, North Carolina; Reno, Nevada; Manchester, New Hampshire; Phoenix, Bismarck, North Dakota; Denver; Greensburg, Pennsylvania; and Las Vegas. But the report also noted that none of these dioceses had enrollment increases the year before that, suggesting this might not be part of a trend.

The report points out that parental choice programs have long been viewed as “a potential solution to increasing challenges of Catholic school viability,” but the current enrollment figures and the decline even in states with choice programs “does not seem to be sufficient enough to turn the tide,” it said.

Some positive numbers in the current report relate to school waiting lists and school staff numbers. Currently, more schools reported having students on an enrollment waitlist than prior years, but this also could be due to “artificially decreased enrollment capacities in the midst of social-distancing requirements.”

Catholic school staffing did not decline at the same rate as the overall student enrollment decline — decreasing only 2.3% — which was partly due to the availability and utilization of the Paycheck Protection Program, or PPP, in the spring of 2020. Based on NCEA’s research, less than one third of Catholic schools nationally made adjustments to staffing during the pandemic.

The low student to teacher ratio — 11:1 in 2020 — has long been a feature of Catholic schools but it also means the cost to educate students in Catholic schools, which costs less than in public schools, has increased as student enrollment has decreased.

One form of relief for Catholic school leaders created by Congress Dec. 21 is the Emergency Assistance to Non-Public Schools program, which allocates $2.5 billion of funding for nonpersonnel expenses incurred as a result of the pandemic. However, schools must choose to take advantage of this program or the second round of the Paycheck Protection Program — but not both.

If schools use relief funding for non-personnel expenses, they are likely to see either drastic staffing declines or potentially more enrollment declines as the cost to educate and cost of tuition increase to support retaining current staffing levels.

The NCEA report points out that of the 209 Catholic schools that closed or consolidated at the end of the 2019-2020 school year, elementary schools made up most of this figure — 186. Without PPP and school reserve funds, more schools could have closed.

The school closings, many in urban settings, also “disproportionately impacted underserved families and non-Catholic families,” the report said which it said was significant because Catholic schools were created to serve immigrant families or those marginalized by other schooling options.

PREVIOUS: Kelly to succeed Anderson as Knights of Columbus CEO