Kansas bishop steps aside as abuse allegation is investigated 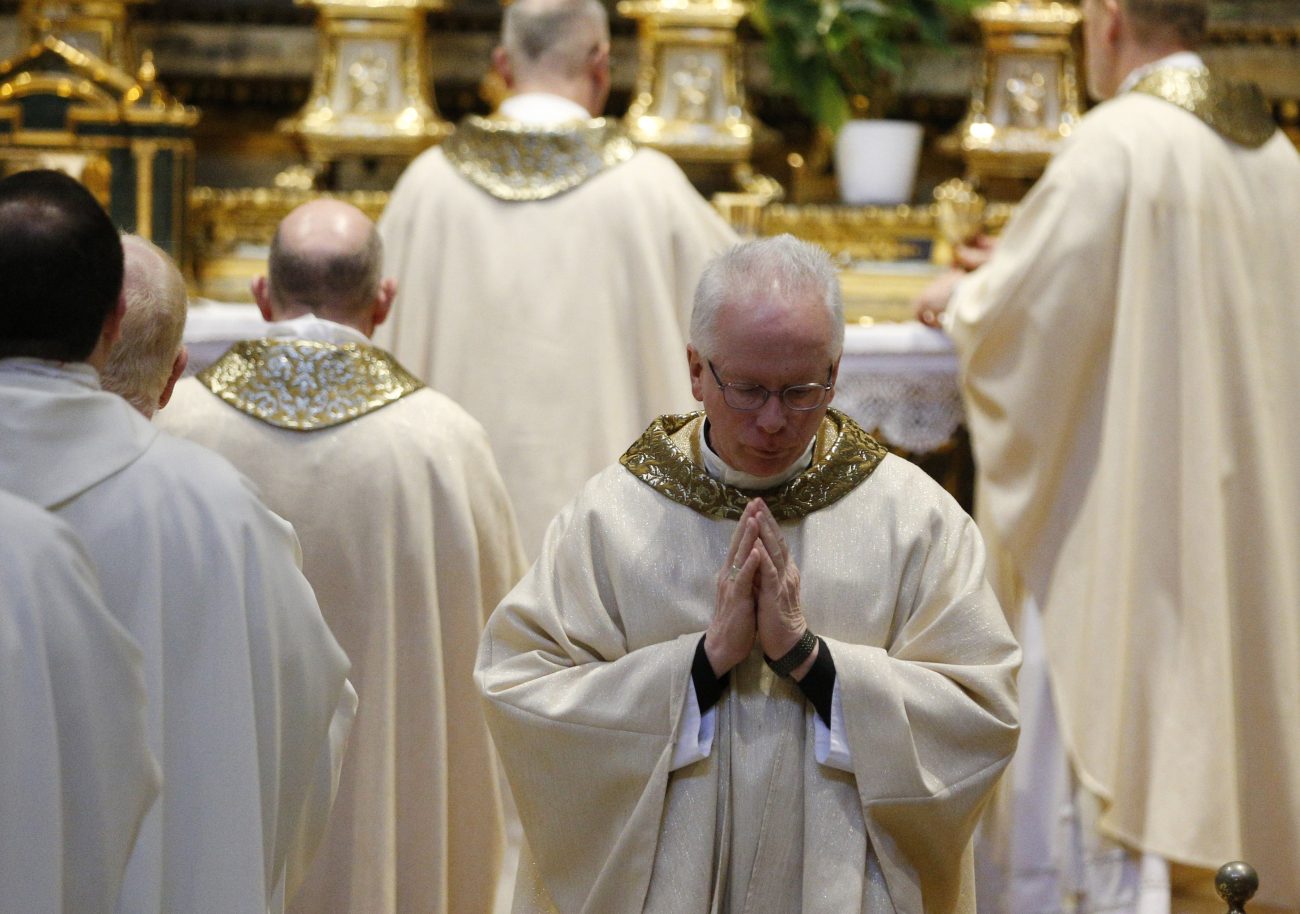 Bishop John B. Brungardt of Dodge City, Kan., returns to his seat after receiving Communion during a Mass with U.S. bishops from Iowa, Kansas, Missouri and Nebraska at the Basilica of St. Mary Major in Rome Jan. 14, 2020. (CNS photo/Paul Haring)

DODGE CITY, Kan. (CNS) — Denying any wrongdoing, Bishop John B. Brungardt of Dodge City has stepped away from his duties and pledged to cooperate with authorities investigating an allegation of abuse of a minor made against him.

The diocese said in a statement Feb. 8 that the accusation is being investigated by the Kansas Bureau of Investigation.

The bureau recently notified the diocese of the accusation.

The agency confirmed to The Associated Press that it is investigating the allegation. A spokeswoman said no arrests have been made and no charges have been filed but declined to release any other information.

As required, Bishop Brungardt informed his metropolitan archbishop, Archbishop Joseph F. Naumann of Kansas City, Kansas, of the allegation, the diocese said. The Congregation for Bishops at the Vatican has appointed Bishop Gerald L. Vincke of Salina, Kansas, as apostolic administrator while the investigation continues.

Citing the investigation, the diocese said it could share no other details.

Bishop Brungardt, 62, became the bishop of Dodge City in February 2011 after serving for 12 years in several positions as a priest in the Diocese of Wichita.

His ministries included pastor or administrator at seven parishes, chaplain and religion teacher at Bishop Carroll High School, director of the diocesan Office of Respect Life and Social Justice, moderator of the diocesan office of Hispanic ministry and diocesan chancellor.

According to The Leaven, the Kansas City, Kansas, archdiocesan newspaper, the Congregation for the Doctrine of the Faith has asked Archbishop Naumann to carry out a canonical preliminary investigation of the matter, in conformity with the provisions of the document “Sacramentorum Sanctitatis Tutela” (“Safeguarding the Sanctity of the Sacraments”) and “Vos Estis Lux Mundi” (“You Are the Light of the World”).

The latter document, issued by Pope Francis “motu proprio” (on his own accord) in May 9, 2019, addresses bishops’ accountability and sets out procedures for handling accusations of abuse against bishops.

“Archbishop Naumann will send the results of this preliminary investigation to the congregation, along with his opinion about the initial findings, in the shortest time possible, taking into account that the state investigation is still ongoing,” The Leaven reported Feb. 8.

PREVIOUS: SEEK21 speakers share own faith experiences, say Christ has all the answers

NEXT: World Marriage Day to be celebrated this year on Feb. 14, Valentine’s Day