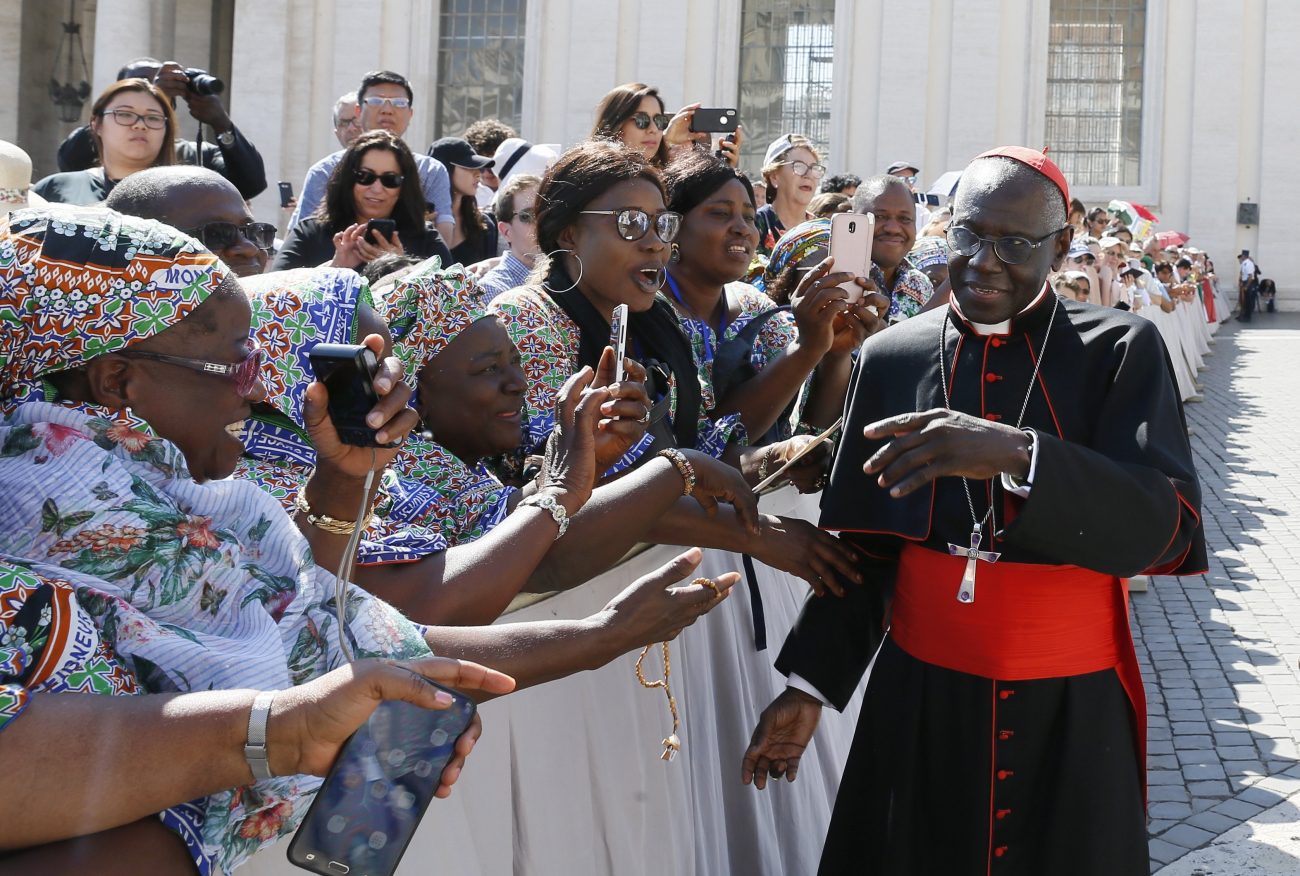 While a new prefect of the worship congregation was not announced when news of the retirements was made public Feb. 20, the pope did name Cardinal Mauro Gambetti, 55, to be the new archpriest of the basilica and his vicar for Vatican City.

Cardinal Gambetti, whom the pope elevated to the College of Cardinals in November, is a Conventual Franciscan who had served as general minister and custos of the Sacred Convent of St. Francis of Assisi since 2013. He had also been episcopal vicar for the pastoral care of the Basilica of St. Francis and other places of worship overseen by the Conventual Franciscans in the diocese. He has degrees in mechanical engineering, theology and theological anthropology and is among the youngest of the cardinals.

Like bishops, cardinals are required to offer the pope their resignations when they turn 75. Cardinals can still vote in a conclave until they are 80.

Cardinal Sarah, born June 15, 1945, in Ourous, Guinea, was appointed prefect of the Congregation for Divine Worship and the Sacraments by Pope Francis in 2014.

Though he often has been portrayed as a critic of Pope Francis, especially because of the cardinal’s cautious attitude toward welcoming Muslim migrants to Europe and his traditional approach to the liturgy, Cardinal Sarah said people who portray him as an opponent of Pope Francis are being used by the devil to help divide the church.

“The truth is that the church is represented on earth by the vicar of Christ, that is by the pope. And whoever is against the pope is, ipso facto, outside the church,” the cardinal said in an interview in 2019.

From 2010 to 2014, he was president of the Pontifical Council Cor Unum, an office that coordinated and promoted charitable giving and is now part of the Dicastery for Promoting Integral Human Development. Before that, he served nine years as secretary of the Congregation for the Evangelization of Peoples, which oversees and cares for Catholic dioceses and jurisdictions in missionary territories.

Cardinal Sarah came to the Vatican after serving as archbishop of Conakry, Guinea, for 21 years, which included the last five years of the ruthless Marxist dictatorship of Ahmed Sekou Toure. Then-Archbishop Sarah earned a reputation as one of the few voices courageous enough to defend freedom and promote human dignity.

In his many years at the Vatican and attending various synods, Cardinal Sarah has underlined that the Catholic Church is not a social service agency; its aim is to lead people to the God who is love, which can also be expressed through Catholic charity.

He warned that Africa must protect itself “from the contamination” of increasingly popular Western ideas about family life and sexuality, saying attempts to redefine the family, to accept homosexual activity and to promote abortion as a right undermine the very fabric of stable societies.

Cardinal Comastri had been president of the office responsible for the upkeep of St. Peter’s Basilica since 2005 and archpriest of the basilica since 2006. Before that, he had been archbishop and pontifical delegate overseeing the Shrine of Our Lady of Loreto since 1996.