Caritas: Access to vaccine not as equitable as it should be 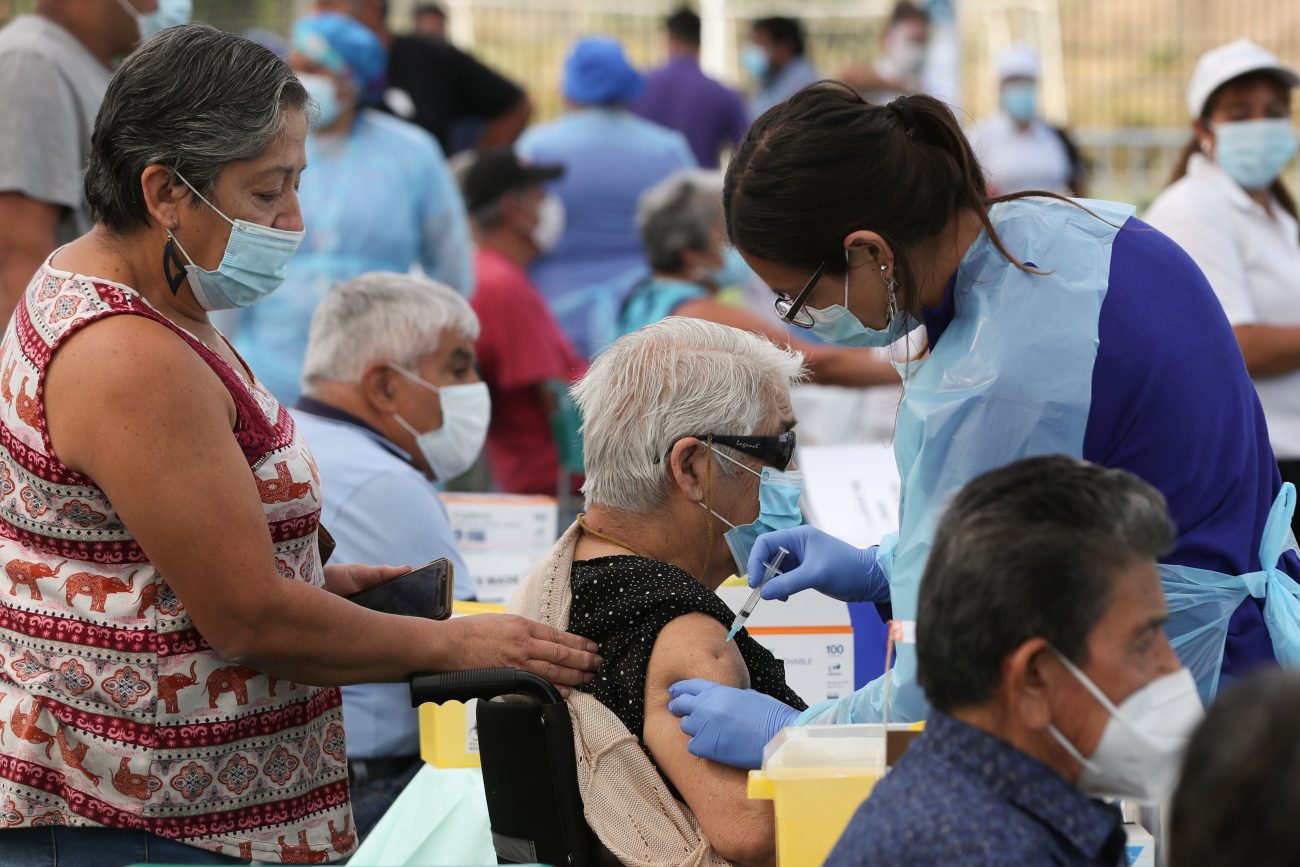 A health care worker administers a dose of the Sinovac's CoronaVac COVID-19 vaccine to a person at a vaccination center in Santiago, Chile, Feb. 3, 2021. (CNS photo/Ivan Alvarado, Reuters)

VATICAN CITY (CNS) — Caritas Internationalis called on world leaders to set aside national and political agendas that seek returns on their investments in the COVID-19 vaccine and instead focus on its equitable distribution, especially in poor countries.

In a statement released Feb. 5, the umbrella organization of official national Catholic charities around the world said that while the availability of the vaccine has brought much hope, it has also revealed “a wider gap in inequality.”

“It is believed that the ‘miracle’ of the vaccines would reignite the global machinery,” the statement said. “This has led to a kind of focus on the North, shown in nationalism and protectionism. The global South, where the majority of the poor live, is left out.”

The statement was signed by: Philippine Cardinal Luis Antonio Tagle, president of Caritas Internationalis and prefect of the Congregation for the Evangelization of Peoples; Aloysius John, secretary-general of Caritas Internationalis; and Cardinal Peter Turkson, prefect of the Dicastery for Promoting Integral Human Development and head of the Vatican’s COVID-19 commission.

In their message, the three denounced the inequitable distribution of the vaccine, noting that “not all nations and those who want or need the vaccine can get it because of supply issues.”

Taking care of the poor and the marginalized, who are the “most exposed to the virus,” is “a moral priority because abandoning them puts them and the global community at risk.”

Listing a series of actions that can ensure the vaccine’s equitable distribution, Caritas called on the U.N. Security Council to meet and label the lack of access “as a global security problem” that must be backed by “firm political decisions based on multilateralism.”

The charitable organization also called for debt relief in poorer countries so that funds may be used to upgrade their health and medical systems.

“The remission of debt could be a means for generating funds for the multi-stakeholders — faith-based organizations in particular — to upgrade the medical services and facilities in these countries,” Caritas said. “The money that is meant to pay a poor country’s debt could be spent for strengthening health security.”

Caritas urged global leaders to ease patent protections and promote collaboration with pharmaceutical companies so the vaccines could be manufactured and made “available in the next six months” in Africa, Latin America and Asia. Local production, they said, must begin “before it is too late.”

The statement also highlighted the importance of involving local charitable and faith-based organizations that “have the basic structures and the necessary contact with the most vulnerable people such as migrants, the internally displaced and the marginalized.”

Financial and technical support to local organizations, it said, can also “ensure the preparation of local communities’ awareness and capacity building to prepare them to have access to preventative care.”

“This pandemic is a global human security problem that threatens the whole human family,” Caritas said. “Addressing the vaccines issue from the perspective of a narrow national strategy might lead to a moral failure in meeting the needs of the most vulnerable across the globe.”

PREVIOUS: Pope establishes World Day of Grandparents and the Elderly