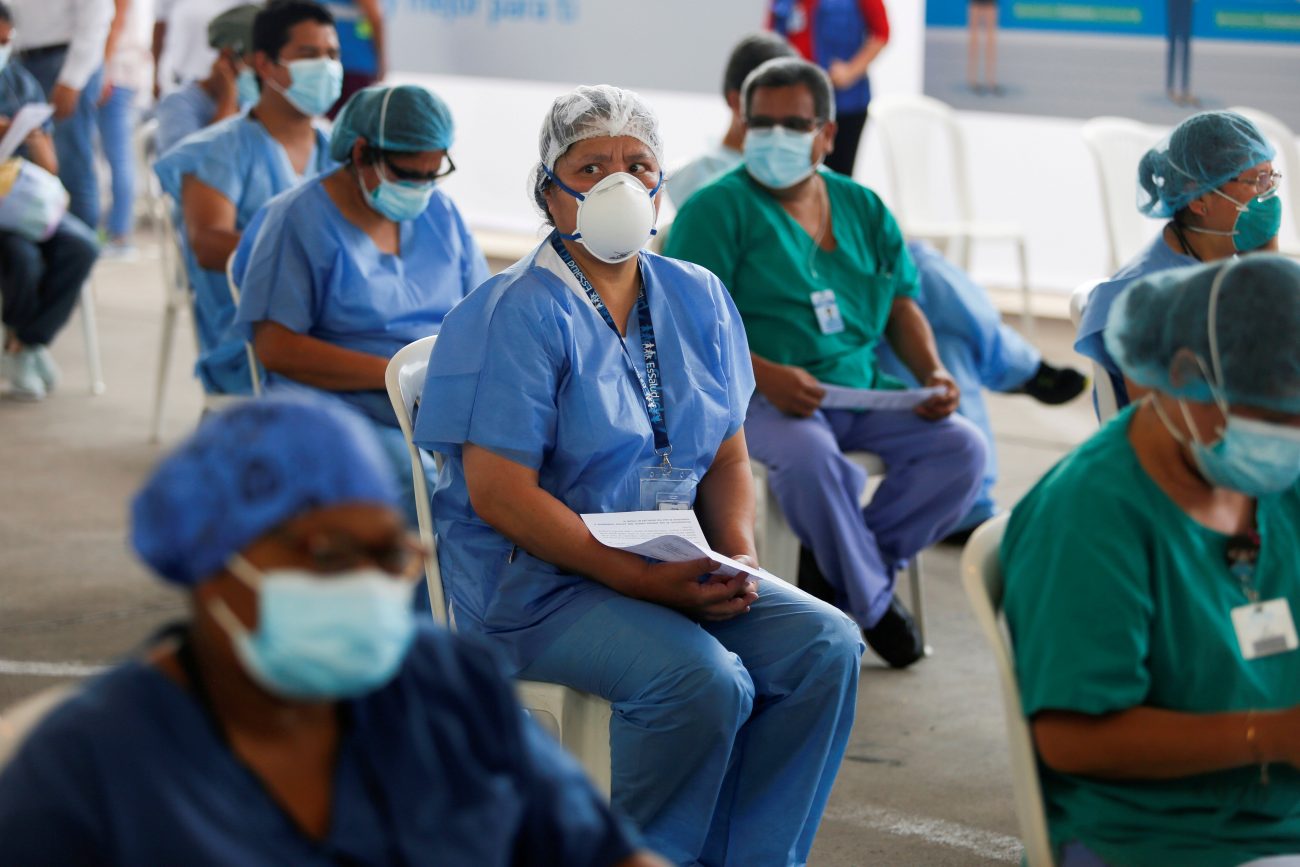 Health care workers wait to receive a dose of Sinopharm's COVID-19 vaccine in Lima, Peru, Feb. 9, 2021. Peru's bishops are indignant that vaccines are being given to VIPs instead of essential workers; one of those who received the vaccine was the papal nuncio. (CNS photo/Sebastian Castaneda, Reuters)

In a statement released late Feb. 17, the bishops’ conference said the illicit use of vaccines “exposes the new face of the monster of corruption” in this Andean country of 33 million people.

The scandal, known in Peru as “Vaccine-gate,” has rocked the country, not only forcing political resignations, but undermining the credibility of some of the sectors that still commanded respect, including doctors, universities and the church.

“We demand that these actions are investigated and punished so that impunity does not gain more space among Peruvians,” the bishops said.

The snowballing scandal began in early February when former President Martín Vizcarra admitted that he, his wife and his brother had been inoculated in October with doses from China’s Sinopharm.

The shots they received were part of a batch of 3,200 doses sent by Sinopharm to supplement a clinical trial it was conducting in Peru with nearly 12,000 volunteers. The Peruvian government, now headed by interim President Francisco Sagasti, signed a deal in January for 38 million doses of Sinopharm’s vaccine. One million doses had arrived by mid-February.

The tenor changed Feb. 14, when the health and foreign affairs ministers admitted they, too, had been vaccinated. They have since resigned, as have more than a dozen authorities. An initial investigation of the universities that conducted the trials for Sinopharm found that 474 people had been inoculated, including Archbishop Nicola Girasoli, the Vatican ambassador to Peru since 2017. 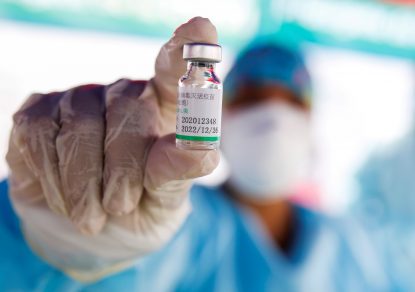 A health care worker displays a vial of Sinopharm’s COVID-19 vaccine in Lima, Peru, Feb. 9, 2021. Peru’s bishops are indignant that vaccines are being given to VIPs instead of essential workers; one of those who received the vaccine was the papal nuncio. (CNS photo/Sebastian Castaneda, Reuters)

In a brief statement Feb. 16, Archbishop Girasoli said he had been invited to receive the vaccine because he was a “consultant on ethical issues” for the Cayetano Heredia University, which ran part of the clinical trials.

In a radio interview prior to release of the bishops’ statement, Lima Archbishop Carlos Castillo Mattasoglio said the nuncio’s explanation was insufficient.

“That he is on the list hurts us deeply. His participation is a sign that we, too, need to overcome indifference to the problems” faced by Peruvians, said Archbishop Castillo.

The bishops’ statement also highlighted the impact on front-line workers, saying the indignation from the illicit use of the vaccines “is worsened because it pushes aside those who have been sacrificing themselves on the front line of the pandemic for a year.”

Peru’s front-line workers have been hit hard. The Peruvian Medical Association reported at the end of January that 275 doctors had died from the virus, the third-highest in Latin America, after Brazil and Mexico. The National Police reported in mid-February that 583 officers have died from the virus in 11 months.

Peru is in the midst of a second wave of the pandemic, with 252 deaths Feb. 17, the second-highest daily total since the crisis began last March. The high was 277 deaths Aug. 13.

Peru is second only to Mexico in Latin America for per capita deaths from the virus, according to the Johns Hopkins University COVID-19 tracker.

NEXT: Vatican expects budget deficit for 2021