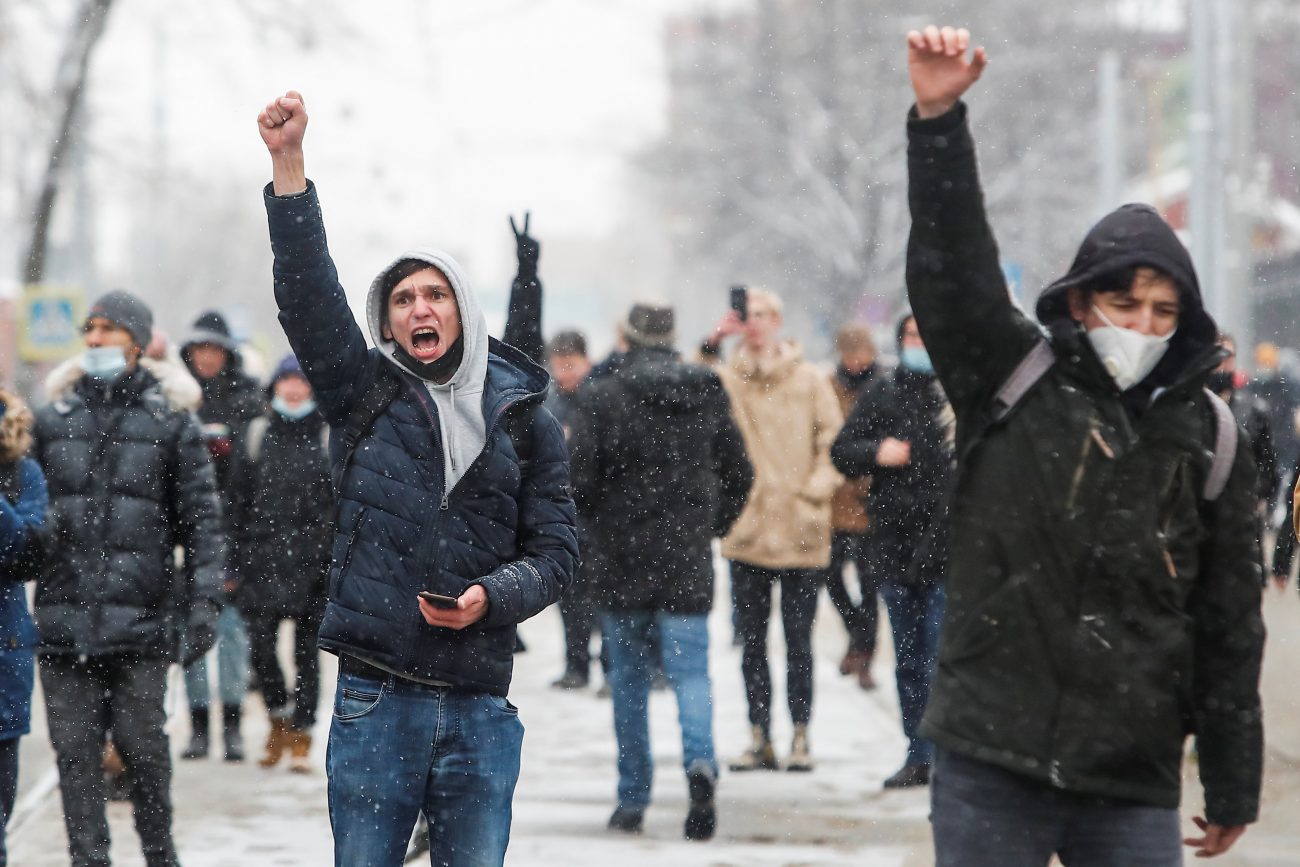 WARSAW, Poland (CNS) — A prominent Russian Catholic urged his nation’s bishops to condemn the mass arrest and beating of protesters, but the Moscow archdiocesan chancellor said the church could not comment on “political matters.”

“Although the church’s moral voice is desperately needed and Catholics are demanding it be raised in the public sphere, our priests and bishops seem to have conveniently concluded it’s less risky if they just keep totally silent,” said Victor Khroul, a Catholic professor at Moscow’s HSE University and prominent religious writer and editor.

In a Feb. 3 interview with Catholic News Service, Khroul — a former member of the Pontifical Council for the Laity and adviser to Vatican Radio — said Russian Catholics were deeply divided over current events, with “some approving the regime and others radically protesting against it.”

He added that many older church members recalled Soviet-era restrictions and were content “to confess their faith, without paying much attention to injustices,” while younger Catholics knew from Catholic social teaching “that courts should be independent, that people shouldn’t be beaten and thrown in prison for nothing.” 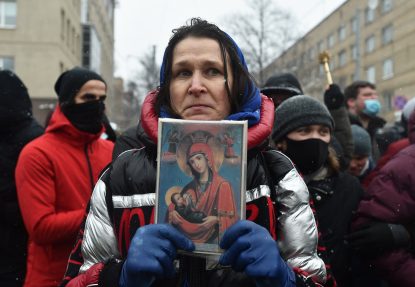 “Even indifferent Catholics who barely follow events are steadily becoming more active, as the persecution starts to affect them. Yet the church’s hierarchy still remains fearful about saying anything.”

Msgr. Igor Kovalevsky, chancellor of the Moscow-based Mother of God Archdiocese, told CNS Feb. 3 that police had blocked off the city center to deter protests, preventing Catholics from attending Mass at St. Louis Church in the Mala Lubyanka district. He said he had no information about Catholics arrested or injured during the demonstrations and said the church would not comment on what it viewed as a “purely political matter.”

“We could speak about certain moral aspects of the situation, but there are no plans, despite everything, to make any statement,” said Msgr. Kovalevsky, who served as secretary-general of the Russian bishops’ conference from 2011 to 2020. “Like Russian society as a whole, Catholics hold various political views here. But we don’t engage in political activity, and I’ve not heard of any requests for us to speak out.”

But in a message on Facebook, Jesuit Father Stephan Lipke, secretary-general of the Russian bishops’ conference, said Feb. 3 he hoped for greater official justice and tolerance in the country.

“I haven’t and won’t stop dreaming of a country where police do not arrest and harass people simply because they have dark skin, where everyone is free to go out and express their view, where no one is denied medication simply because the drugs are manufactured in neighboring countries, and where their children are not left disabled in the future,” he wrote. “I also dream of a country which will not deny justice to anyone. Of course, it cannot be perfect, but I hope it will at least be possible to strive and argue for this, and to find the best way of achieving it with God’s help.”

The message was accompanied by numerous messages of thanks from Russian Catholics.

Navalny, 44, was arrested immediately when he returned to Moscow Jan. 17 after five months’ hospitalization in Germany. The United States, European Union and 47-country Council of Europe criticized his prison sentence.

Preaching Jan. 25, Italian-born Archbishop Paolo Pezzi of Moscow said church members were “overwhelmed by myriad possibilities for spreading their voice through social media,” but also saw “a great risk that the content will be lost in the noise.”

Khroul compared the increase in police beatings and arbitrary arrests to conditions in neighboring Belarus, where Catholic leaders criticized regime repression and appealed for dialogue.

“Whereas the church in Belarus seems united with the people, our own church stays quiet, even when people are sentenced and imprisoned with no reference at all to the law and constitution,” he said. 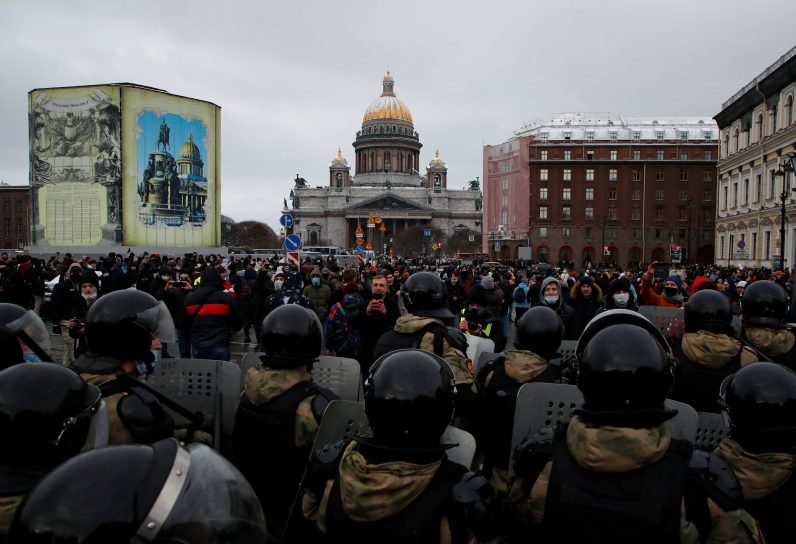 PREVIOUS: Online ‘marathon’ planned for day of prayer against trafficking