God offers humanity a love with no equal on earth, pope says 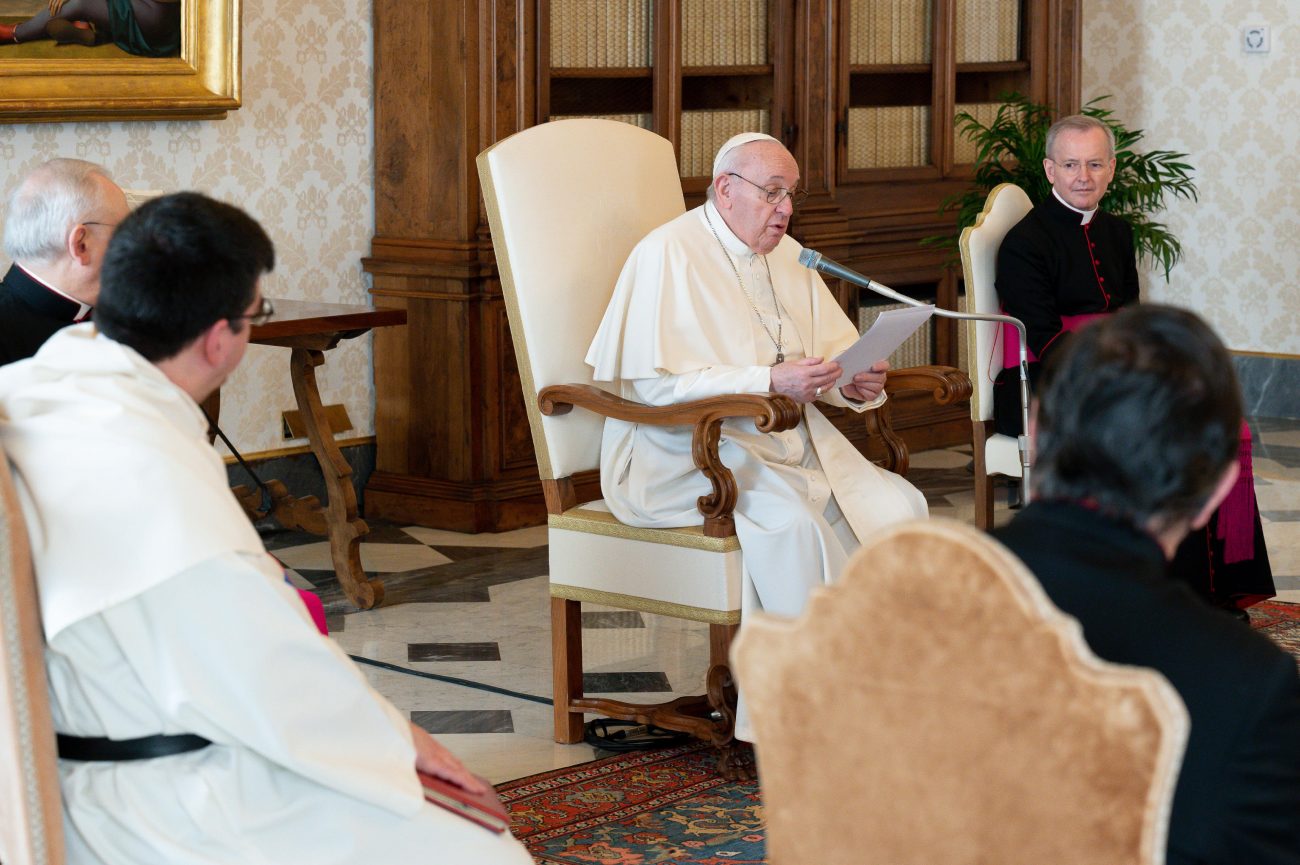 Pope Francis leads his general audience in the library of the Apostolic Palace at the Vatican March 3, 2021. The pope talked about prayer and how Jesus is the open door for a loving dialogue with God. (CNS photo/Vatican Media)

VATICAN CITY (CNS) — There is no greater love in the world than the love God has for humanity, Pope Francis said.

“We are the recipients of a love that has no equal on earth,” the pope said during his weekly general audience March 3.

Livestreaming his audience from the library of the Apostolic Palace, the pope continued his series of talks on prayer by looking at how Jesus opened the door to God, revealing his true identity as a loving father with whom one could talk through prayer.

“It is Jesus who opened up heaven to us and projected us into a relationship with God,” he said.

To have a dialogue with God is a grace, he said. “We are not worthy of it, we have no rights to claim, we ‘limp’ with every word and every thought. But Jesus is a door that opens up for us this dialogue with God.”

Jesus shows how God is close by, compassionate and tender — this is his “style,” his way of being a father, the pope said, departing from his prepared remarks.

This is a vastly different kind of God from the gods the pagans believed in — aloof, indifferent deities who must be appeased and won over with continual sacrifices and devotions, he said.

However, the pope said, God as a father who loves humanity is something people would never have believed if it had not been for Jesus revealing this truth, which seems a shocking scandal.

“It is the scandal that we find inscribed in the parable of the merciful father (or the prodigal son) or in that of the shepherd who goes in search of the lost sheep,” he said. “We would not have been able to conceive or even comprehend such stories if we had not met Jesus.”

The relationship of the Father, Son and Holy Spirit is one of “reciprocal benevolence,” he said, and that divine love expands so greatly that it even lands “on our human shore.”

Prayer is what leads people into the life of the Trinity, the eternal mystery of God’s love, “which is the source and joy of the entire universe,” the pope said.

“May our prayer,” he said, “awaken in us the consciousness of our lofty vocation in Christ and draw us ever more fully into the loving communion of the Father, the Son and the Holy Spirit.”