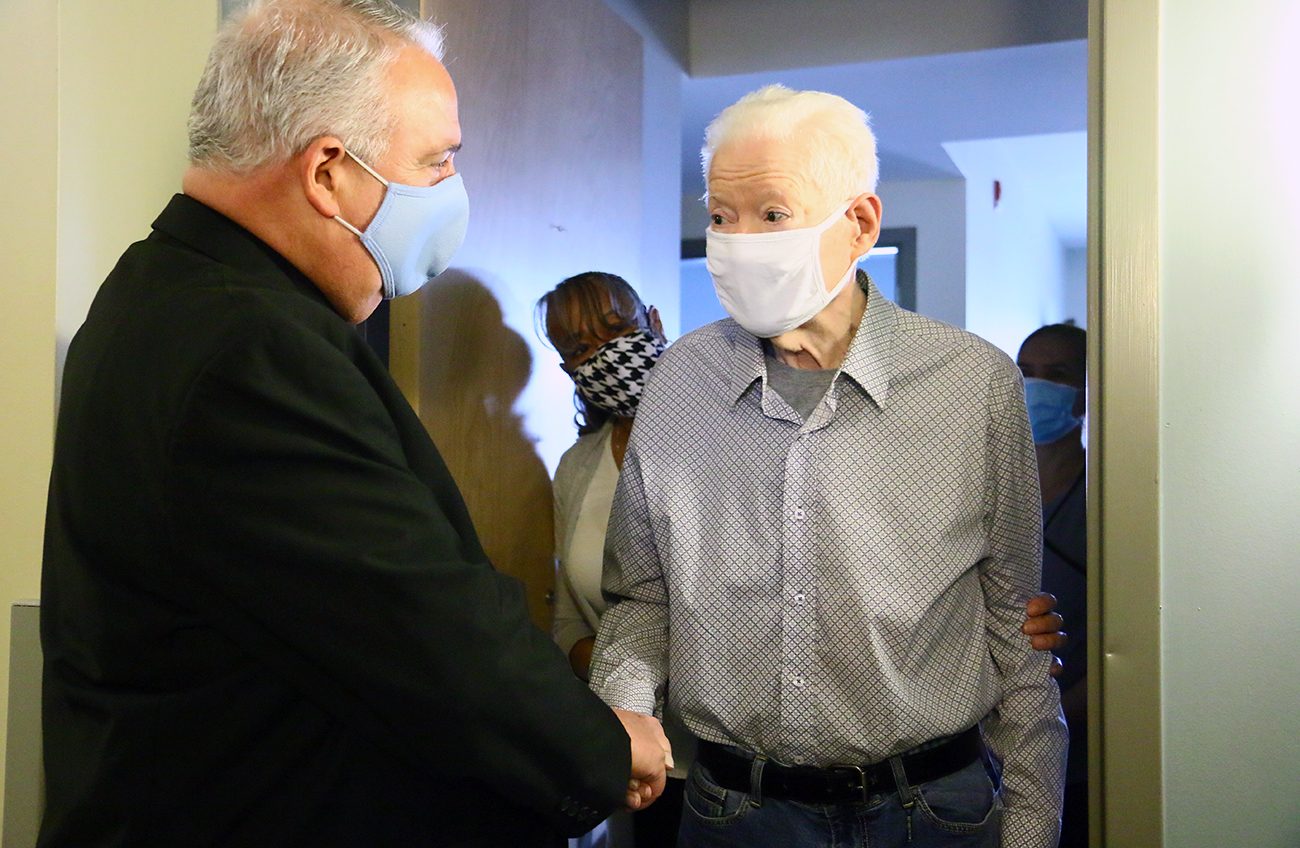 Seniors at an archdiocesan housing complex in Philadelphia caught up with an old friend this week while sharing their thoughts on life in the place they now call home.

On March 3, Archbishop Nelson Pérez visited residents of St. Francis Villa in the city’s Kensington section. Built by archdiocesan Catholic Housing and Community Services (CHCS), the $15 million site, which opened in 2016, offers 40 one-bedroom apartments to income-qualified seniors aged 62 and above.

The villa provides an array of resources, including on-site property management through HumanGood, one of the nation’s largest owners and operators of senior living communities. A full-time CHCS social worker assesses resident needs, creates care plans and connects residents with government benefits and services such as in-home health support, enabling seniors to safely age in place.

Through a partnership with Centennial Pharmacy, CHCS has also arranged for residents of its five housing facilities to receive door-to-door doses of either the Pfizer or Moderna COVID vaccine.

Archbishop Pérez greeted St. Francis residents individually, stopping at each unit to bless them, their apartments and a number of religious articles.

Speaking in both English and Spanish, he teased Ramona Sanchez — who had been a parishioner at St. Ambrose when then-Father Pérez was a parochial vicar — that she had last seen him “when (he) had black hair.”

“And I was skinny,” she quipped, laughing.

After suffering a serious bathtub fall in her former apartment, Sanchez was one of the first to move into the site, which had been conceptualized by Franciscan Father Michael Duffy some 10 years earlier.

Concerned for elderly clients at nearby St. Francis Inn, the outreach he has staffed since 1979, Father Duffy approached the Philadelphia Archdiocese for assistance in developing housing, a project that dovetailed with existing community redevelopment efforts Catholic Social Services (CSS) had already launched in Kensington.

CHCS director Heather Huot, who served a post-college volunteer year at St. Francis Inn, said Father Duffy’s sensitivity to the plight of impoverished seniors “(had) always stayed with her.”

The CHCS complexes — construction for which is funded through a blend of tax credits, grants from federal home loan banks, and in some cases monies from the city – are “a way to give (seniors) some hope, and make real change,” said Huot.

Such facilities also work to raise the market value of surrounding properties, said Msgr. Paul Kennedy, pastor of St. Katharine of Siena Parish in Northeast Philadelphia and president of the CHCS board committee.

“When we bought this land, there was nothing here; it was all just empty,” he said. “And all of a sudden, once this went up, boom.”

St. Francis Villa managed to capitalize early on a current of gentrification that has continued to sweep through the city’s river wards, such as Northern Liberties and Fishtown, said CHCS assistant director Suzanne O’Grady Laurito.

At the same time, said Huot, the CHCS complexes “reflect the community” in which they are situated.

Residents often hail from the surrounding streets, and “each building has its own personality,” said Huot.

“We’re proud to say that when they come here to live, they don’t want to live anywhere else,” he said. “We hang our hat on that we’ve never had a resident who said they wanted to leave our community to go to another.”

NEXT: At St. Mary Magdalen series, priest shares his journey from Idaho farm to Media