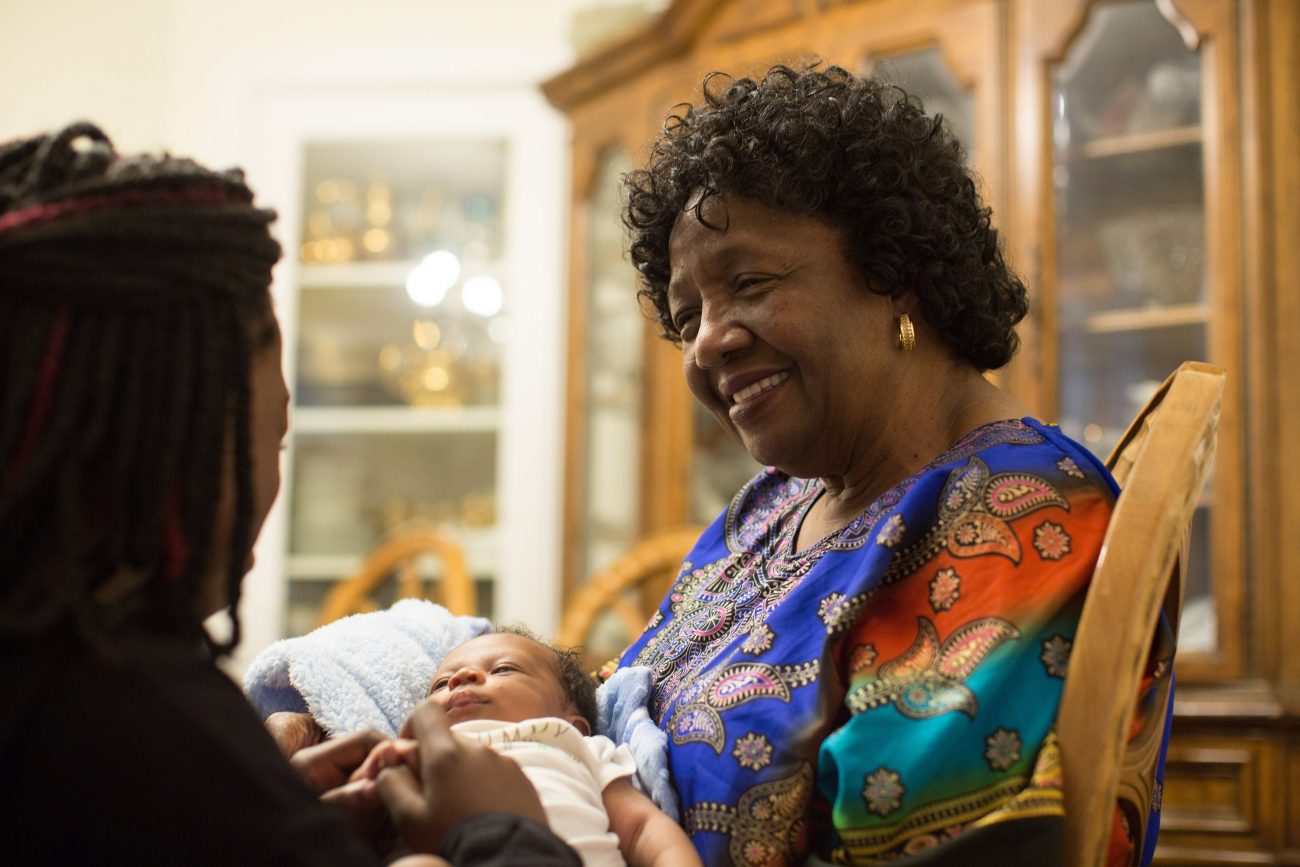 Sharonell Fulton, a foster parent in Philadelphia, is pictured with a young woman and child in a May 23, 2018, photo. The Supreme Court case Fulton v. Philadelphia centers on the city of Philadelphia's 2018 exclusion of a Catholic-run program in the Philadelphia Archdiocese over the agency's policy of not placing children with same-sex couples or unmarried couples. (CNS photo/courtesy Becket Religious Liberty for All)

WASHINGTON (CNS) — Legislation introduced in the Senate and the House aims to protect “the cherished freedom of religious liberty” of faith-based foster care and adoption providers who believe children “deserve to be placed with a married mother and father,” the chairmen of three U.S. bishops’ committees said March 15.

The Child Welfare Provider Inclusion Act of 2021 would prevent the federal government and any state receiving federal funds for child welfare services from taking “adverse action against a provider that declines to conduct its services in a manner that would violate its religious or moral principles.”

The measure would cover all agencies that receive funding under Part B or Part E of Title IV of the Social Security Act. Part B covers child and family services, and Part E covers federal payments for foster care, prevention and permanency.

“Child welfare providers, who serve the needs and rights of children regardless of background, enjoy the cherished freedom of religious liberty like all Americans,” the bishops wrote in a letter of support to Scott and Kelly.

Some faith-based child welfare providers, including those operating in Massachusetts, Illinois, California, Philadelphia, New York and the District of Columbia have been excluded from carrying out adoption and foster care services because the providers act on their belief that children deserve to be placed with a married mother and father.

“The Inclusion Act would remedy this unjust discrimination, and maximize the benefit to thousands of children in need, by enabling all foster care and adoption providers to serve the needs of parents and children in a manner consistent with the providers’ religious beliefs and moral convictions,” the USCCB committee chairmen said.

They added: “Adoptive and foster care parents, as well as women and men who want to place their children, ought to be able to choose an agency that shares their religious beliefs or convictions about the best interests of their children.”

Last November, the U.S. Supreme Court heard arguments in the case of Fulton v. Philadelphia, which centers on the city of Philadelphia’s 2018 exclusion of the foster program of Catholic Social Services of the Philadelphia Archdiocese because of the agency’s policy of not placing children with same-sex couples or unmarried couples because such unions go against church teaching on traditional marriage.

Cardinal Dolan, Archbishop Coakley and Bishop Konderla said they hoped others in the House and Senate would show their support for the Child Welfare Provider Inclusion Act as co-sponsors.

“The freedom to serve in accord with one’s religious beliefs and moral convictions is foundational to religious freedom in our nation,” the prelates said.