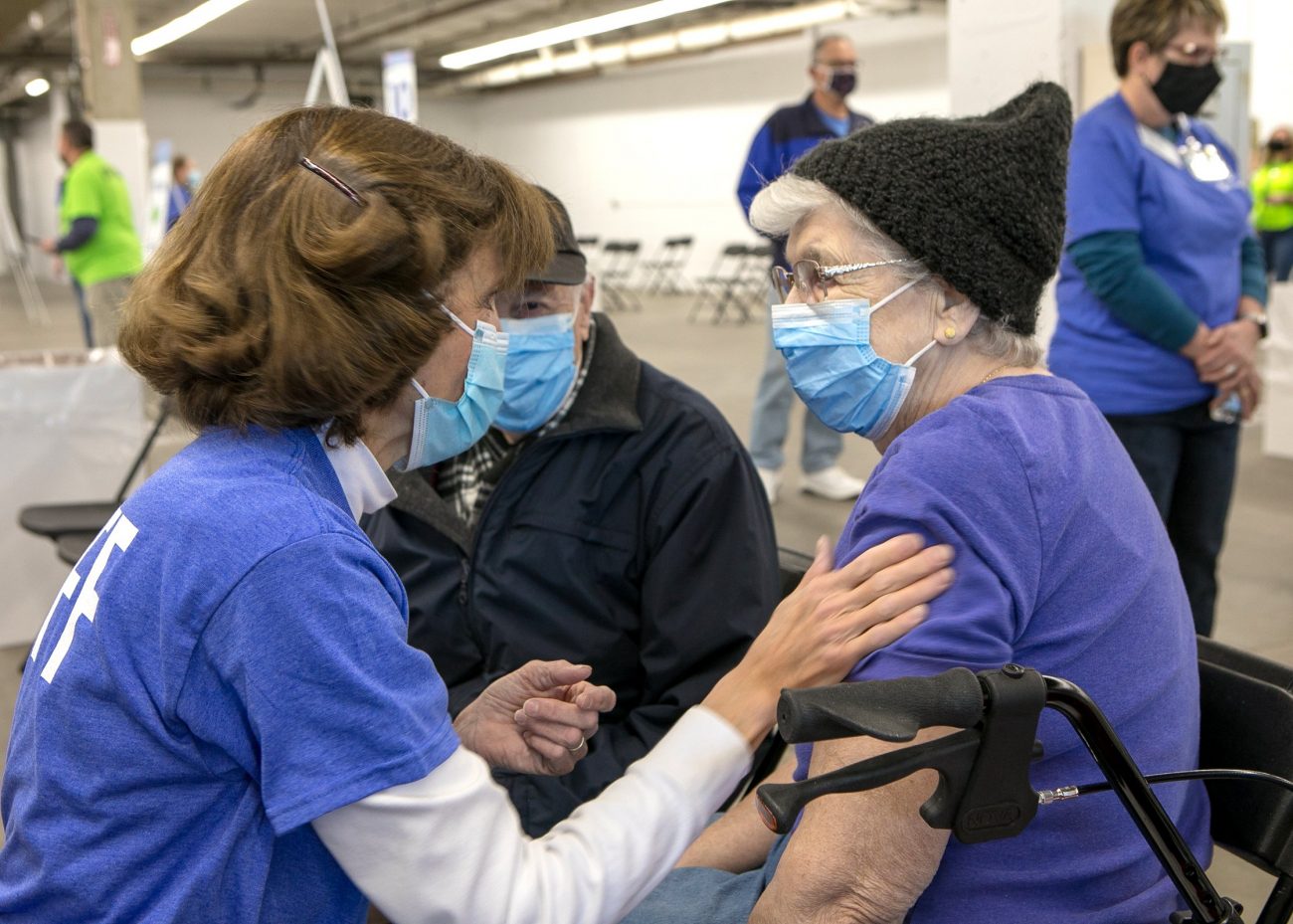 WASHINGTON (CNS) — To make sure COVID-19 vaccines reach everyone, Catholic health care officials are working to overcome hurdles of bias, language barriers and access to technology and transportation.

As the vaccine has been rolling out across the country, they have been hosting town hall meetings at churches and community centers, promoting vaccinations on social media and forming partnerships with other hospitals and businesses.

They also are providing bilingual materials about the vaccines and physically signing up people for appointments and making sure they have necessary transportation to get to them.

“This is not new work for us,” said Shivonne Laird, director of community health impact for Bon Secours Mercy Health, a Catholic health system with 50 hospitals in seven states. Laird said the work of engaging with communities’ needs and “addressing them in authentic ways,” is what they do and the current focus on vaccine equity is just an extension of that.

In a March 1 interview with Catholic News Service, she said data shows that people who earn $90,000 or more a year are two or three times as likely to know someone that has been vaccinated than those who make under $40,000 a year.

“It’s not just a race issue; it’s an underserved community issue and we’re approaching it from that standpoint,” she said.

The system’s hospitals are working with analytics teams that have researched data on economic disparities to come up with action plans to make sure communities with fewer resources get the health care, and in this case the vaccine, they need.

“We are definitely called to do this work, and we’re trying to do this as fast as we can,” she said. 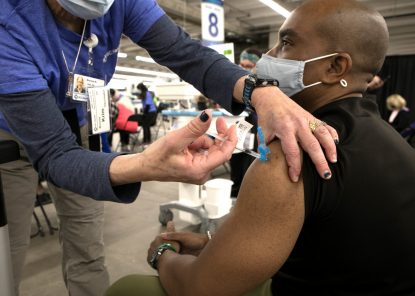 Laird said disparities exist in the current vaccine rollout for seniors, health care and front-line workers and those with heath conditions, but the hurdles are different in various locations. “Our goal right now is to reduce the disparities in the initial piece of the rollout,” she said, so by the time the larger rollout begins, “we can at least have a strategy for addressing the disparities we know are coming.”

She said COVID-19 has highlighted “existing disparities within our communities” noting that people of color are often more likely to be working in front-line jobs or more likely to have underlying chronic conditions.

Transportation access is also a major factor, she said, which is why Bon Secours hospitals are building partnerships with companies to make sure people can get to and from vaccine distribution sites.

Laird said she has been working on health disparity issues in different settings for 20 years and has been encouraged in the vaccine rollout with how “working together, all of us, we can really make a dent.”

Lydia Jumonville, president and CEO of SCL Health, a Catholic health care system in Colorado, Kansas and Montana, similarly stressed the urgency of working together to make sure the vaccines reach people in vulnerable communities.

“We can’t do it alone, and partnerships are critical to success,” she said in an email. “We have forged relationships in each of the communities we serve with dozens of organizations who work closely with the most vulnerable.”

A big example of partnerships working together was the large-scale vaccine distribution for 5,000 seniors conducted by SCL Health Feb. 6, with follow-up doses scheduled for March 6. The event took place at the National Western Complex in Denver, known for its yearly livestock show and rodeo.

Colorado’s governor, Jared Polis, had asked the SCL Health officials if they could launch this type of event specifically targeted to underserved communities and people of color.

Megan Mahncke, president of SCL Health Foundations, said the large-scale vaccination stemmed from collaborations that began a year ago when the pandemic first hit and SCL leaders began meeting with other health care and government officials on the best responses to the then-unknown virus.

These partnerships in turn enabled the large-scale vaccination to work because partner groups were able to first help get people on board to want the vaccine, then get them transportation to and from the site.

Mahncke said the men and women who received the first doses of the Moderna vaccine at the Denver complex, the size of three football fields, came out “in tears and smiles of relief … that they felt safe.”

“It was one of the most moving things I was a part of,” she said, adding that it lived out the mission of the the health system.

The 8 a.m. to 6 p.m. vaccination day Feb. 6 required set up at around 4:30 a.m., and volunteers worked into the evening to take it down. It was staffed by 500 SCL Health workers who filled up the volunteer slots within two hours after the call for help was issued. That response alone, Mahncke said, was impressive because these workers were already tired from the year of pandemic work.

The urgency of getting the COVID-19 vaccines to the most vulnerable has a pragmatic and theological basis, said Brian Kane, senior director of ethics for the Catholic Health Association.

He said the country’s most vulnerable were “the most hard-hit with infection rates, so it’s a public health challenge” and Catholic social teaching stresses the commitment to care for the most vulnerable among us. “So, it’s not just pragmatic, but about our faith and how our faith calls us to act.”

To that end, he said, Catholic hospitals have been trying to reach vulnerable populations with mobile and parish clinics or through their data-driven work that highlights ZIP codes in their areas with the greatest disparities. They also have been trying to get the vaccine to homeless populations and reaching those without internet access who want to sign up for appointments.

This outreach work is not new for many Catholic hospitals, and Kane said one advantage they have now is that so many of them have merged into larger groups covering a number of states where they can share both knowledge and resources, such as redistributing staffs and ventilators at the height of the pandemic and efforts now in the best ways to reach vulnerable communities with the vaccine.

“There are some hidden benefits to the work that’s been done over several decades to address the needs today,” he said.

And now, as so many are frustrated with trying to get the vaccine, sometimes the work of sharing expertise overlaps into the personal lives of health care officials.

Laird said she and her colleagues in Baltimore and Cincinnati, in their spare time, have been helping seniors unsure of how to get the vaccine.

“This is a true calling for all of us,” she said of newfound work making phone calls and looking through websites to find vaccination distribution sites and available appointment slots.

She said people have told her they are on lists for the vaccine and just waiting for a call back, and she advises them to be more active in the process. She also has heard from people who say they might not go to their scheduled vaccination appointment because of potential bad weather and she advises them not to miss it.

Laird said people who work in analytics for Bon Secours in Greenville, South Carolina end up trying to help people who aren’t Web savvy make their vaccine appointments online or with a few phone calls.

“I have to help,” one person told her, and that’s not the exception. “That’s just how we feel in the ministry,” she said.

PREVIOUS: Ahead of papal trip, prelates urge solidarity with pope and Iraq

NEXT: New COVID-19 vaccine can be used in good conscience, bishop says