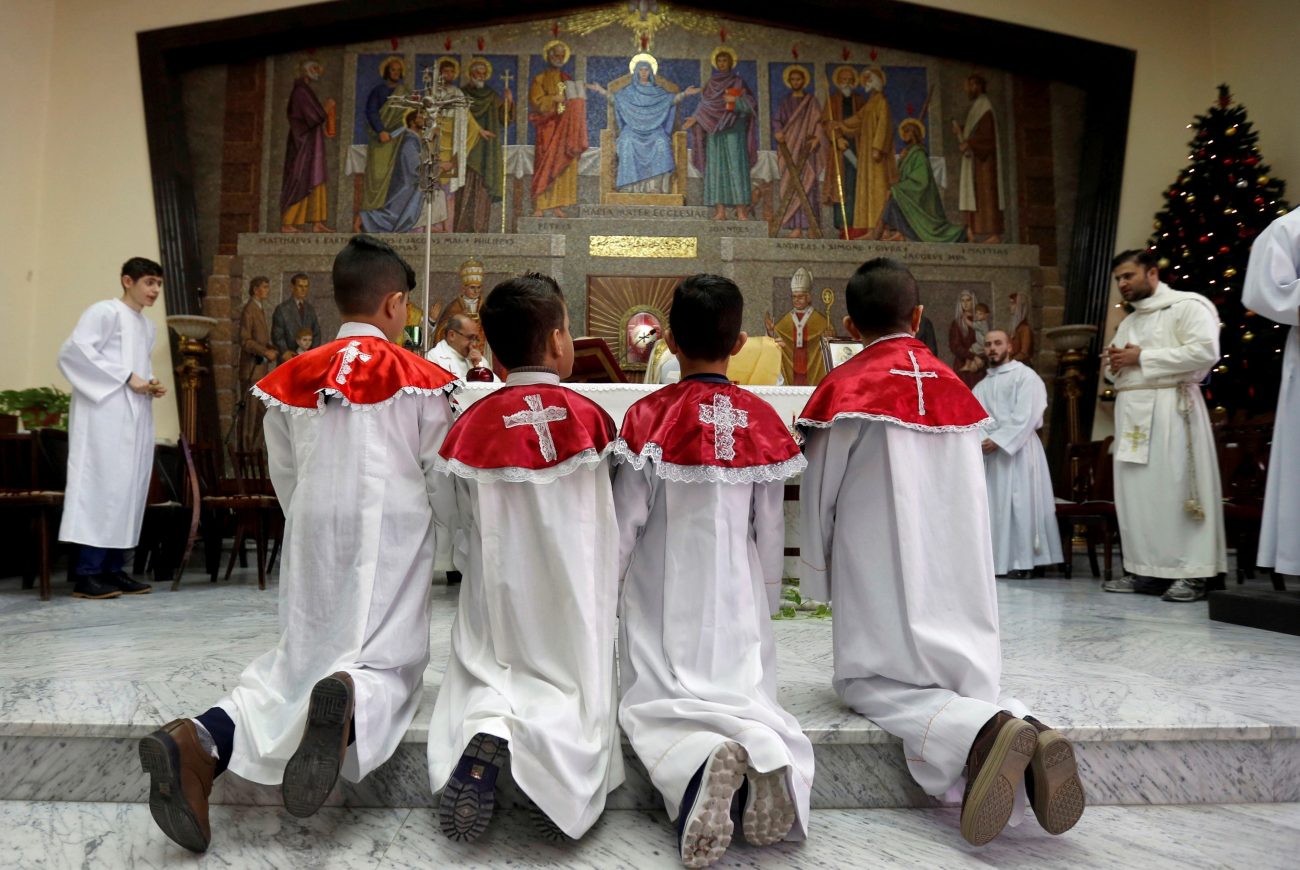 NEW YORK (CNS) — U.S. Catholics have a growing concern about Christian persecution around the world, according to results of a new poll released March 17 by Aid to the Church in Need-USA in New York.

Fifty-seven percent of U.S. Catholics said they believe persecution of Christians around the world is “very severe,” up from 41% a year ago; and 67% said they were “very concerned” about the issue, according to results of the fourth annual national poll on the issue.

Almost 50% of U.S. Catholics said they believed half or more of religiously based attacks around the world were directed at Christians; they identified China as the country where Christians are most severely persecuted, followed by North Korea and Pakistan.

However, “despite their growing awareness of the severity of Christian persecution around the world and their increasing willingness to do something about it,” low percentages of U.S. Catholics were aware of “specific grave instances of persecution,” the results showed.

— Just 37% knew that in Pakistan in 2020, 1,000 primarily Christian under-age girls were abducted, forcibly converted to Islam and subjected to a life of slavery; and just 28% knew there were 293 incidents of Christian persecution in India in the first half of 2020 alone.

— Only 35% knew that in China Massgoers are subject to digital surveillance, and just 36% knew that nearly 3,500 Christians were killed for their faith in Nigeria in 2020.

— About 41% knew that being a Christian in North Korea can carry the death penalty.

The survey showed that 52% percent of U.S. Catholics said Pope Francis is “very engaged” on the issue of the persecution of Christians — up from 47% a year ago; 30% think their local bishop is “very engaged”; and 28% believe their parish is very involved with the issue.

Pope Francis’ March 5-8 visit to Iraq put the spotlight on Christian persecution in the Middle East. He went to pay homage to Christian and other minorities persecuted for their faith but also to strengthen the commitment of the overwhelming majority of Iraqi Muslims to creating a future of peace and harmony.

The Christian population in Iraq numbered around 1.5 million in 2003. With the U.S.-led invasion in 2003 and, especially with the 2014 Islamic State group takeover of the Ninevah Plain in August 2014, there are now 200,000 Christians there at the most.

A news release on the poll said it aimed to measure the extent to which U.S. Catholics are aware of worldwide persecution of Christians as well as:

— Countries and regions where they consider Christians are most severely persecuted.

— Specific measures and policies they want the U.S. and other Western governments to pursue.

— How much of a priority they feel Pope Francis, their bishops and their parishes are making the issue of Christian persecution.

— Actions they believe they can and should take themselves.

When asked to rank their concerns about global issues, 67% of U.S. Catholics indicated they were “very concerned” about the persecution of Christians — up from 52% a year ago.

As for supporting groups that assist persecuted Christians, 61% of U.S. Catholics said they donated in the prior year to such an organization; 39% have not made any such donation.

Sixty-five percent ranked diplomatic pressure as very important to deter this persecution, up from 55% a year ago. Economic sanctions on countries were considered to be “very important” by 62% of respondents (up from 53%); 60% (up from 52%) favored emergency asylum; and 55% (up from 48%) supported financial aid for persecuted Christians.

“It is heartening that, compared to a year ago, significantly more U.S. Catholics say that Christian persecution around the world is very grave and that the issue has become a matter of concern to more faithful. They also want both their church and their government to step up efforts to do more to combat the issue,” said George Marlin, ACNUSA chairman.

However, the poll also “shows the great need to inform the public regarding specific instances of Christian persecution,” he said in a statement. “The U.S. bishops and organizations like our own must step up our educational and informational efforts.”

“It is my hope that leaders around the world embrace the fundamental human right of religious freedom, and promote a society that respects ethnic, cultural and especially religious diversity,” he added.

McLaughlin & Associates conducted the nationwide poll of 1,000 Catholic adults Feb. 19-26 for ACNUSA. All interviews were conducted online; survey invitations were distributed randomly within predetermined geographic units. The margin of error is plus or minus 3.1 percentage points.